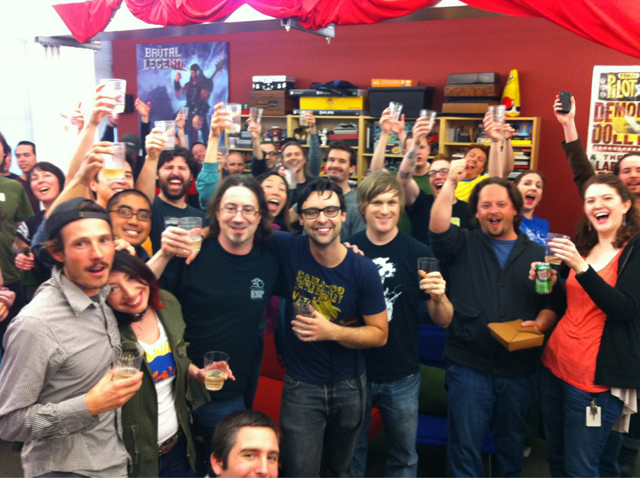 Earlier this week, crowd-funding site Kickstarter set a new record when the Elevation iPhone Dock became the first project to close in on the $1 million dollar mark. But that milestone has officially been bested. In its first 24 hours, gaming studio Double Fine Adventure’s Kickstarter project has raised more than $1 million and it shows no signs of slowing down.

As GamesBeat reported yesterday, Tim Schafer and Ron Gilbert are legendary game-makers from the golden age of PC gaming, having created classic LucasArts adventures such as Maniac Mansion, Secret of Monkey Island, Day of the Tentacle, and Grim Fandando.

But in the era of Angry Birds, publishers weren’t willing to take a risk on a new project from the duo. As Schafer put it in the Kickstarter video, publishers would laugh in his face if he asked for the funds to do an old-school adventure game. But legions of fans are always asking for it, and offering to pay. So they turned to Kickstarter, hoping to raise $400,000 and offer fans a chance to watch the creative process, pitch in ideas, and even star as characters in the game. 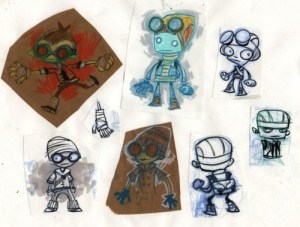 “There’s an unprecedented opportunity to show the public what game development of this caliber looks like from the inside,” Schafer said. “Not the sanitized commercials-posing-as-interviews that marketing teams only value for their ability to boost sales, but an honest, in-depth insight into a modern art form that will both entertain and educate gamers and non-gamers alike.”

The incredible response to the project is going to give Double Fine a lot more leeway in how it crafts the game. “Additional money means it can appear on more platforms, be translated into more languages, have more music and voice, and an original soundtrack for the documentary, and more!” the team wrote in an update after passing its goal by a wide margin.