Koei-Tecmo’s Omega Force team might be some of the busiest people in gaming.

After striking success with the Dynasty Warriors hack-‘n’-slash formula back on the PlayStation 2, Omega Force has branched out far beyond their historical-fiction roots. It has collaborated with numerous other companies, giving franchises like One Piece, Fist of the North Star, and The Legend of Zelda that distinct beat-up-a-bazillion-dudes style that fans still love to this day.

The latest franchise to receive the special Omega Force touch is Dragon Quest, Japan’s most beloved role-playing game series. Turning the staunchly traditional turn-based combat of Dragon Quest seems like a daunting challenge, but Omega Force has managed to pull it off amazingly well on the PlayStation 4.

It adds some neat twists to the Warriors’ formula 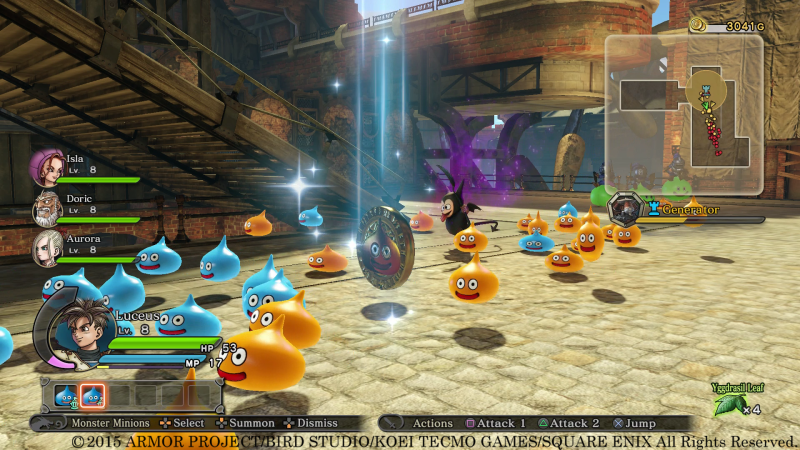 Above: The monsters might be cute, but the hordes are vicious indeed.

Rather than just taking the Warriors engine and plopping Dragon Quest monsters and characters into it, the development team at Omega Force has made some nice additions that both enhance the core experience and give it a distinct Dragon Quest flavor.

Characters have access to a batch of special skills by holding down R1 and pressing one of the face buttons, many of which are spells and techniques from the RPGs reimagined as action-game attacks. The hordes of monsters you fight have distinct characteristics that require changing your strategy when you encounter them, allowing you to make use of your merry band’s numerous special abilities in fun ways. Trying to just mindlessly smack a beastie with a shield or a protection spell can prove futile — you’ll have to either change your angle of attack or wait for a brief moment when their guard is down.

Defeated enemies will sometimes drop medals that can be used to summon computer-controlled monsters to help attack and defend key areas on the map, which is a nice implementation of the monster-collecting mechanics seen in some later Dragon Quest titles. The powerful “tension gauge” from Dragon Quest 8 and Dragon Quest 9 shows up here in a slightly different form, as well, allowing you access to a brief period of enhanced attacks and spells before allowing you to unleash a devastating coup de grace.

Besides the main campaign, Dragon Quest Heroes has a huge amount of side-quests and other objectives to find and complete. Optional side-quests open as make progress, hidden treasure maps reveal new locations to explore, and recipes you find help you create new gear — provided you can harvest the required materials from the monsters you successfully mow down. Every character also has a massive amount of buffs and enhancements that players can invest earned Skill Points into in order to craft a party of super-skilled warriors. If you’re a completionist, you’ll get plenty of satisfaction out of exploring all that Dragon Quest Heroes offers.

The localization is top-notch

Square Enix’s track record with bringing over recent Dragon Quests to the West has been a bit spotty, but whenever one has made the voyage overseas, it’s always been with utterly delightful English localizations. While the plot in Dragon Quest Heroes isn’t anything significant — it boils down to the usual “chosen heroes fight against awakened evil” cliché — the sheer charm and humor present in the dialogue, and the way each character has a distinct way of speaking, makes you feel a warm cheerfulness every time you hear (or read) dialogue. The superb English script goes helps make the world of Dragon Quest Heroes an inviting one. 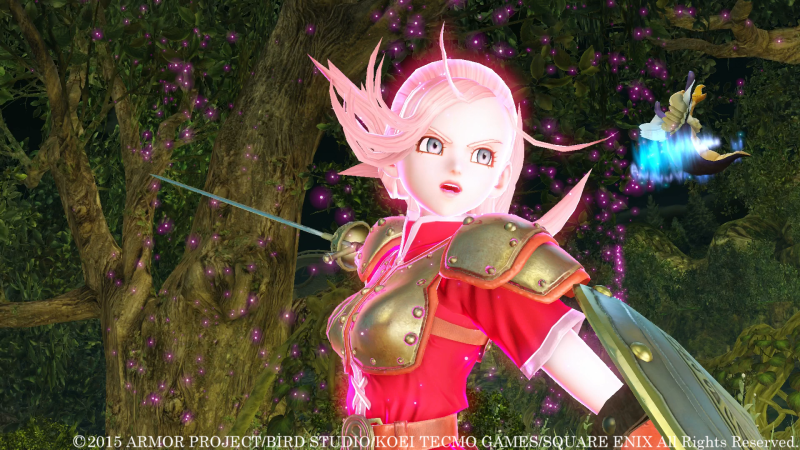 It doesn’t evolve much

Repetition is a common complaint applied to Koei-Tecmo’s Warriors franchise, and Dragon Quest Heroes also has its fair share of sameness stretched over the course of a lengthy campaign. While you can improve your fighters’ stats and learn a few new techniques by applying Skill Points between battles, most characters will end with the same set of strikes and spells they began with. Changing your party alleviates this somewhat, though going into a tough battle with a character whose style you don’t really know might not be the best idea.

The framerate is inconsistent

Dragon Quest Heroes tries its best to keep at a constant 60 frames-per-second, but it sometimes takes a noticeable dip. While things don’t ever get appallingly choppy, it can be rather distracting at points, especially when it doesn’t seem like enough is happening onscreen to warrant the drop.

Some of the fanservice might go over your head

Dragon Quest’s popularity abroad is a mere fraction of its presence in its native Japan. While there’s nothing in Dragon Quest Heroes that will seem uninviting if you haven’t played the series previously, a lot of the fun and humor of Heroes comes from seeing familiar Dragon Quest elements in a new action-RPG format. The more you know about the series, the more satisfaction you’ll get from playing this game. 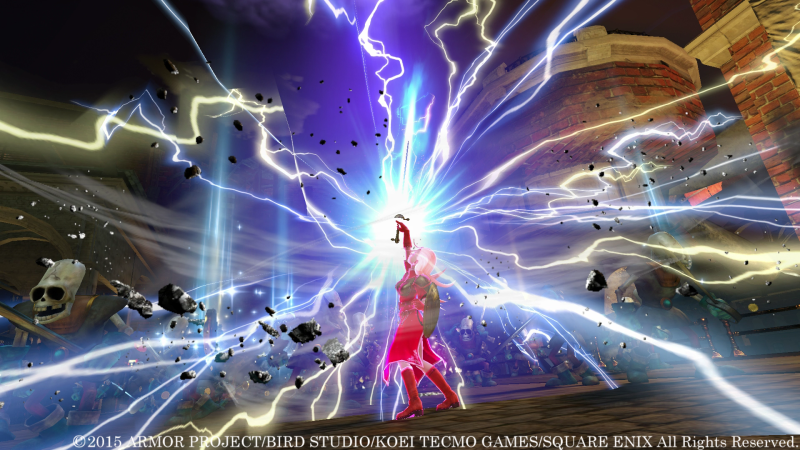 Even if the Warriors hack-‘n’-slash formula has worn you out, Dragon Quest Heroes is interesting enough to warrant a look. It’s charming, colorful, and offers enough content to keep both action fans and Dragon Quest aficionados occupied for quite some time.

And hey, if you like it, why not try playing some of the Dragon Quest RPGs on your mobile devices? You might just discover why Japan’s been in love with this franchise for almost three decades.

Dragon Quest Heroes is now available for the PlayStation 4. The publisher provided GamesBeat with a copy of the game for the purposes of this review.