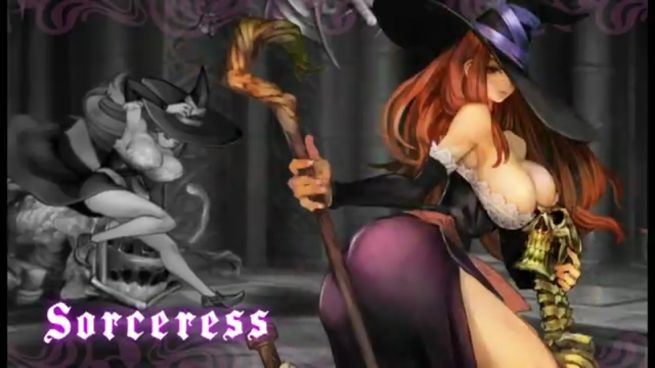 Updated @ 2:31 p.m. Pacific: This article originally stated that George Kamitani removed the original Facebook post in question. He did not. I regret the error.

A media storm continues to engulf developer Vanillaware’s PlayStation 3/Vita beat-em-up Dragon’s Crown this week. Now its lead designer is speaking out to explain the title’s art and some of his recent questionable actions on social media.

Dragon’s Crown designer Geroge Kamitani wrote a letter to Kotaku in which he says that he welcomes criticism and praise equally because he is just happy that people are talking about his game. He also apologized for making a “lighthearted” joke on his Facebook account where he suggested that a Kotaku writer is homosexual for criticizing the extremely busty Sorceress character.

Kamitani posted an image of three shirtless dwarves all back-to-back and with a message that basically said: If a guy doesn’t like the Sorceress, they must like hairy guys.

Above: The walking animation for Dragon’s Crown’s Sorceress.

“In regard to the Dwarf image I posted on my Facebook page: This image was never intended to attack [Kotaku’s] Jason Schreier,” Kamitani wrote in a letter to the website. “Originally, it was a promotional image that I created for my fan base in Japan, which I posted to the official Vanillaware Twitter account earlier.”

Kamitani explained that Japanese retailers were requesting that he send them promotional images featuring some of the characters in swimwear, but no one ever asked for anything featuring the Dwarf. As a joke, he cynically drew the Dwarf in a bathing suit and sent that to retailers.

“I felt it was a shame to just throw it out, and thought I’d just post it on my Facebook,” wrote Kamitani. “That’s when I remembered [the Kotaku article] and thought that I’d post it as a little joke with a comment. I used an automated translator to try to make a lighthearted joke in English, but clearly that wasn’t the case. I was very surprised to see the crazy aftermath.”

Speaking on his original design choices, Kamitani explained that he loves fantasy art, but that he needed to exaggerate his characters with cartoonish characteristics to set them apart from the style in something like The Lord of the Rings.

Despite the apology, Kamitani says that he isn’t sure if he can implement the critiques against his art in his future creations.

“But I will definitely keep in mind that these opinions are out there and affect people on a personal level,” he wrote. “I feel that any form of media faces death when it doesn’t receive attention at all. So, be it criticism or support, I am truly thankful for the people talking about Dragon’s Crown and the people discovering Vanillaware for the first time.”