Game industries deals surpassed an unparalleled $85 billion across 1,159 transactions in 2021, according to a report by investment bank Drake Star Partners.

“The year ended up almost three times the dollar volume of last year, and that was definitely not expected by anybody,” said Michael Metzger, partner at Drake Star Partners, in an interview with GamesBeat. “That’s phenomenal. And it’s not really slowing down on the M&A side.”

That was evidenced by yesterday’s announcement that Take-Two Interactive plans to buy Zynga for an enterprise value of $12.7 billion. 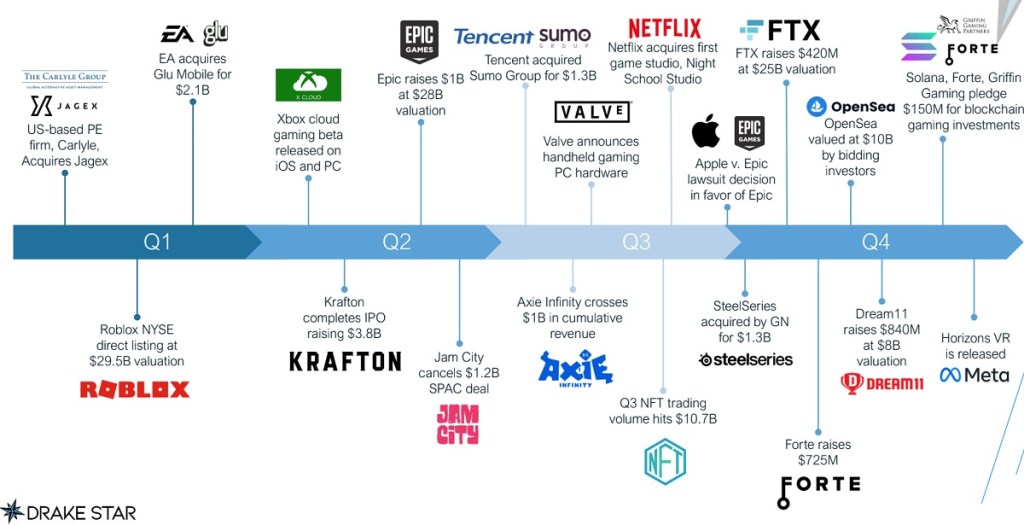 “What’s super exciting is also the new capital flowing into the space,” Metzger said. “In Q3, it was already very strong. We saw a significant uptick in the number of deals and uptick in deal value as well. This will help build the next generation of companies that will hopefully be sold in coming years.” 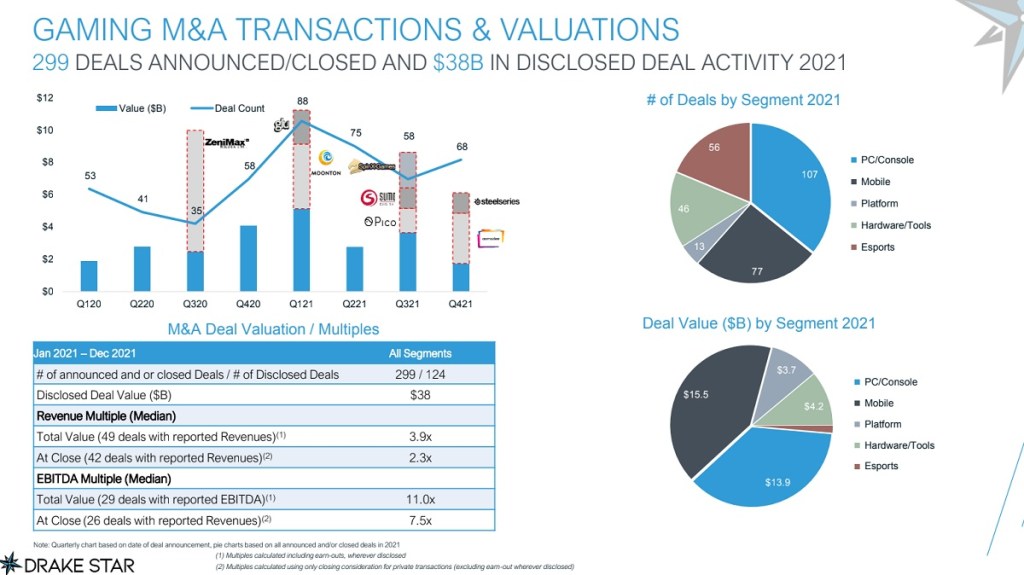 In one of the hottest categories, private blockchain and nonfungible token (NFT) game companies raised $3.5 billion. Animoca Brands, A16z, Coatue, and Softbank were active investors in this category. Forte, Sorare, and Dapper Labs raised big rounds in this category. 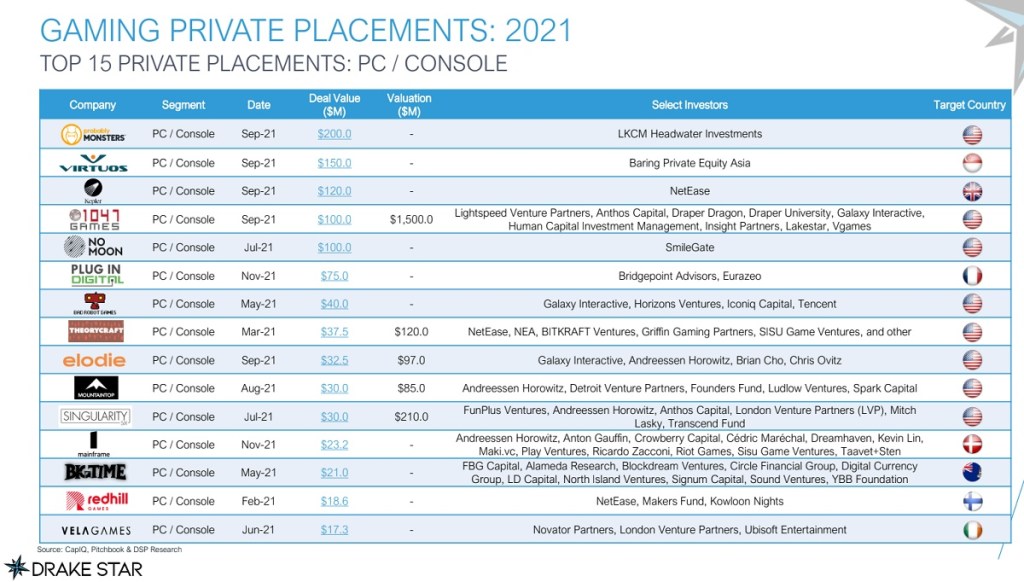 Above: Top PC and console private placements for gaming in 2021.

In the fourth quarter, the blockchain and NFT segment continued to be super hot. Those companies raised $1.8 billion in Q4, with large financings by Forte, Axie Infinity, Mythical Games, Animoca Brands, and Sandbox at impressive valuations.

M&A continued to be strong with $6.7 billion in transactions. Notable deals included the acquisition of Asmodee by Embracer, SteelSeries by GN, and GSN Games by Scopely.

And Devolver Digital completed its highly anticipated IPO on the London Stock Exchange while Azerion and FaZe Clan announced their plans to go public via SPAC deals.

In Q4, the number of deals went up from 58 to 68, though the deal value declined a little. In Q4, the IPO and SPAC market slowed a little as well. Still, there are a number of IPO candidates waiting in the wings, such as Epic Games or Discord, said Metzger. 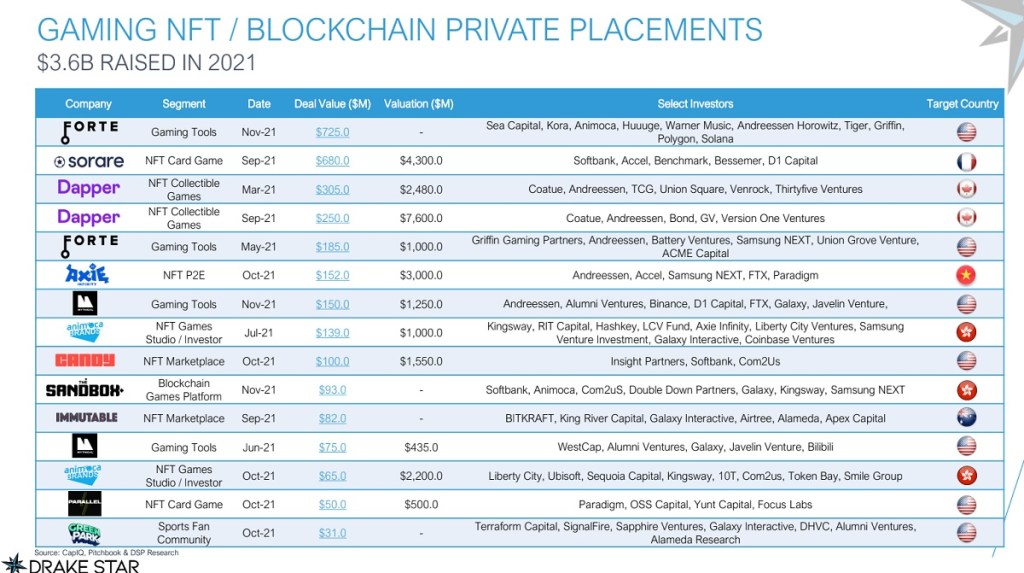 Above: Top blockchain gaming deals of 2021.

The blockchain deals accelerated in Q4. Overall, market valuations are pretty frothy across the board, Metzger said. But stock prices for some of the biggest companies have been compressed in recent months.

“With all of the new funds raised, there just a lot of capital available,” Metzger said. “So I expect the funding market to continue to be pretty healthy.”

Still, it’s not like we’re running out of game companies to buy. Drake Star Partners tracks more than 1,000 game companies across the U.S., Europe, and Aisa. He noted that prospects for AR and VR companies are looking better, after years of a tough market in the wake of too much hype in 2016. Metzger doesn’t see the market slowing down.