DreamWorks and Microsoft are unveiling a dragon-themed exploration game today that uses real-world data such as maps, traffic, weather, and time of day. In DreamWorks Dragon Adventure World Explorer, the developers have layered a fantasy world on top of the real world using sophisticated location and mapping technology. They’re targeting the app at children who play games on smartphones and tablets while their parents are taking them on a road trip. 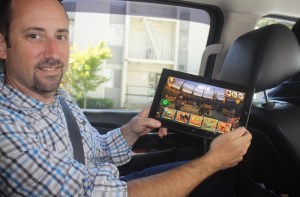 Above: Pete Mauro of Microsoft.

The experience reskins an actual location in the fantasy environment of Berk, the island in DreamWorks’ How to Train Your Dragon 2 animated movie. You can explore fantasy-style landscapes — layered on a map of San Francisco — while flying around on the back of a creature like Toothless, the Night Fury dragon from the film. This kind of app is a hybrid of exploration and actual gameplay, and it is an interesting experiment that blends different mobile technologies as well as movies, games, and the real world. In that sense, the title is a new kind of mobile entertainment that could set itself apart from the million or so releases in app stores.

“You can play this game anywhere in the world, and it’s a difference experience anywhere you go,” said Peter Mauro, producer of innovation and app development at Microsoft, in an interview with GamesBeat. “We’re not just building a game. We’re building a platform.”

Dragon Adventure World Explorer is a rerelease of an app that Microsoft launched last fall for the Nokia Lumia 2520 device. Now that Microsoft has acquired Nokia’s handset business, it has rebuilt the app from the ground up for a range of Windows Phone devices, including the Nokia Lumia 2520, 1520, 1020, Icon, 928, 925, 930, as well as all Microsoft Surface RT and Pro tablets. Microsoft built the game in Unity 3D, and it plans to release the platform as a software development kit that third-party game companies can use to create their own offerings.

“It’s not just about gaming,” Mauro said. “We came up with it by talking about what it’s like driving in your car with your kids.”

The dragon title takes advantage of Here Maps, a mapping technology that Microsoft licensed from Nokia (Nokia did not sell Here Maps to Microsoft). Here Maps uses a player’s location, the direction they’re heading in, and the time of day. Then, it places that person inside the correct location in the fantasy world. The weather data inside the game comes from actual data of The Weather Channel. And the game uses the popularity of locations from Foursquare to determine how many viking characters appear near points of interest. 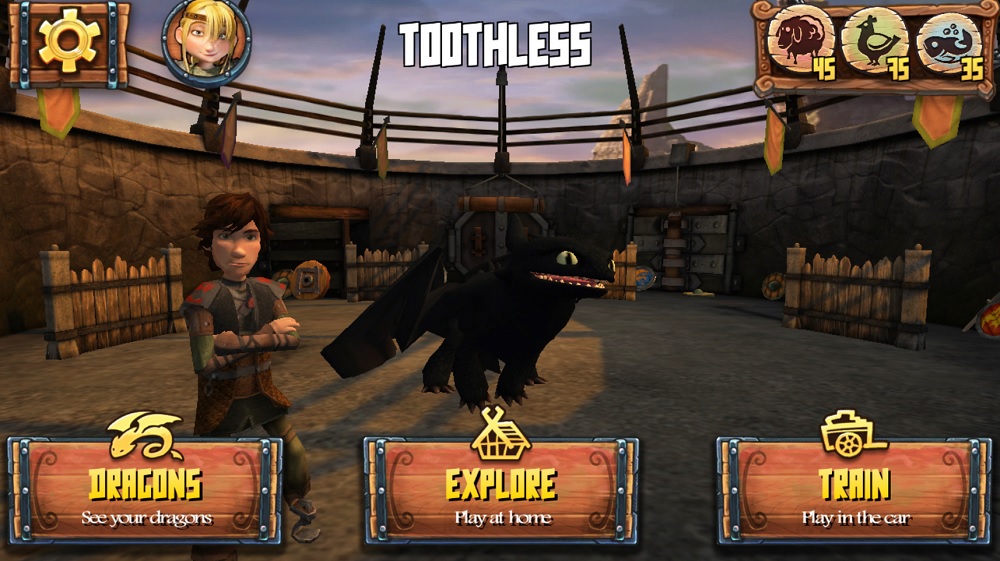 Above: A screenshot from DreamWorks Dragons Adventure World Explorer.

An earlier version of the app was much different, as the flying part was only a minigame within the broader experience. But kids liked the flying so much that the team decided to make flying the main object of the game in the new edition. As you travel by car, you’ll see the rich environment change in real time. In that way, the title resembles Red Robot’s Life Is Crime. But that release and Google Niantic’s Ingress are more about taking over and holding territory. The DreamWorks effort is more casual.

Mauro took me for a ride through San Francisco, showing me on the tablet screen what a place like Japantown would look like in the fantasy world. On a road trip, the app can take the boring environment around you and bring it to life as a virtual world. You can attack a tower with flames in order to unlock a dragon. You can play as characters like Hiccup or Astrid from the movie and unlock new dragons to fly. You can toss sheep at towers in a mild combat mode, or you can nurture your dragons by feeding them and taking care of them.

As you fly around, you can learn about your neighborhood. Microsoft will add traffic information at some point, and it will be represented as sheep in the fantasy landscape. The characters are based on models that DreamWorks created for the animated movie, which has generated more than $349 million worldwide at the box office, according to Box Office Mojo. The narrative of the game also fits with the story of the latest movie in the How to Train Your Dragon franchise. 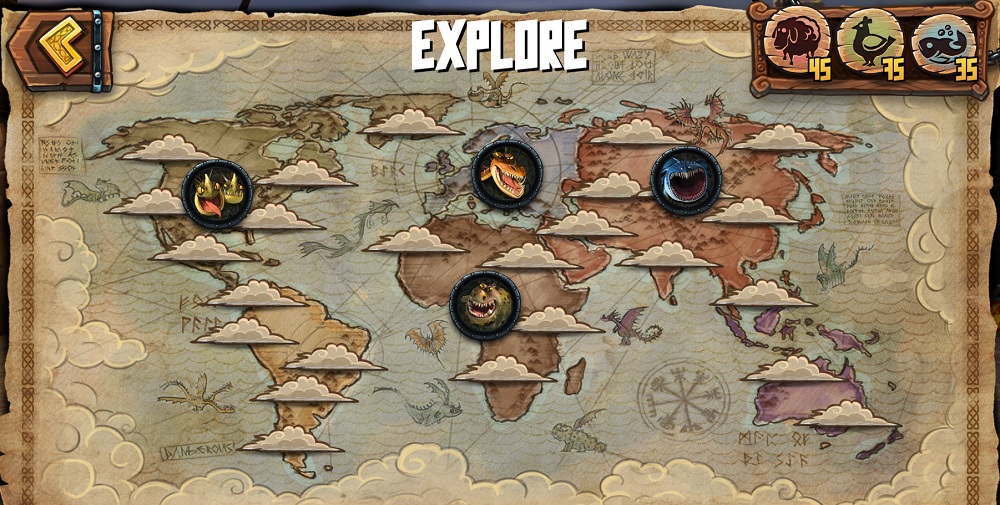 Dragon Adventure World Explorer has 38 quests, each with tasks like lighting signal beacons, visiting stables, proving your dragon’s strength, and training to become a Master Dragon Trainer. You can play at home and travel across the map of the world. While in “home mode,” you can explore 16 cities like San Francisco or Beijing in detail. The mode also lets you download the maps, so you don’t need an Internet connection in order to play later.

“My kids tell me they don’t want to connect to Wi-Fi just to be able to play a game,” Mauro said.

Or, you can use the app in “train mode” via your mobile device while you’re on the road, as you fly over the places just outside your car.

“The cool part is hopping in a car and typing in a destination,” Mauro said. “It knows how far you have to go via the routing on the map and the traffic conditions. It knows how long you will take to get there, and the game naturally ends when you reach the destination.”

That turns long road trips and everyday commutes into an ongoing adventure.

The game is completely free, and it has no in-app purchases. Mauro said the team is experimenting with new business models. For instance, you might pass by a place and a child could earn a Starbucks coupon for his or her parents. The location data is key to making that work.

“It’s a way for marketers to reach consumers,” Mauro said.[youtube=http://www.youtube.com/watch?v=GMK5fUxNszY&w=560&h=315] 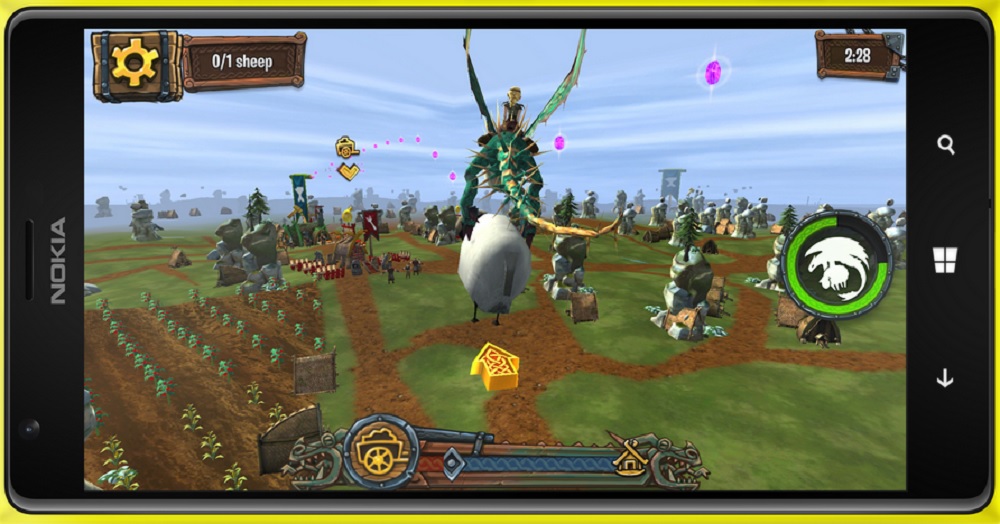 Above: Flying around in DreamWorks Dragons Adventure World Explorer.