The title is the first from a team that includes veterans from Microsoft Game Studios and Epic Games. I played a three-player co-op session of Gunheart, and it left me sweaty and spent from all of the shooting. It shows that VR games are getting more intense and console-like, in terms of how the experience is evolving for the second year of the high-end VR platforms.

Gunheart has been designed to take full advantage of motion controls and 3D spaces within VR. It runs on Epic’s Unreal Engine 4, and it will be coming to Oculus Rift and HTC Vive this summer and PlayStation VR later in the year.

Ray Davis, cofounder of Drifter Entertainment, said in an interview with GamesBeat that Gunheart combines the fun of summer sci-fi blockbuster movies with the polished genre-defining gameplay of Gears of War and Halo. Players are futuristic bounty hunters, linking their minds and hearts with robotic killing machines across the galaxy. 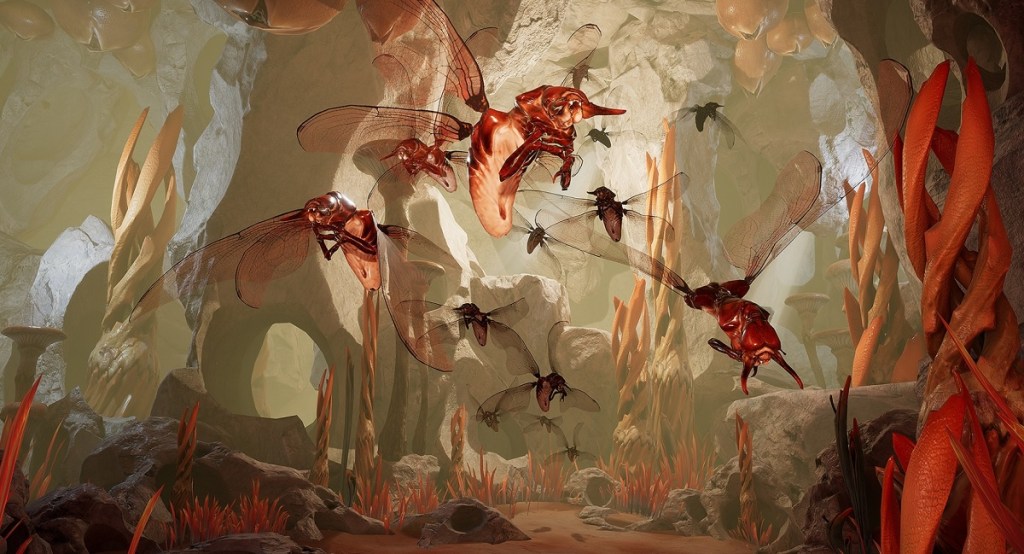 Above: Gunheart has flying creatures that you have to swat out of the sky.

The game handles movement using the familiar teleport system, which helps to get rid of the nausea associated with movement in VR. Players teleport quickly through levels, engaging alien enemies with a variety of weapons, which can be held in either hand. You can teleport to vertical spaces, gaining an advantage on the aliens below.

I quickly came to favor teleporting to high spaces so that I could get an advantage on the aliens we were shooting. But the aliens adapt quickly, as it would be too easy if you could simply teleport and land right behind an alien every time.

“It’s a challenge because it is hard to follow your co-op friends when you can teleport all over the map,” Davis said.

The aliens were bug-like creatures armed with their own weapons. Once in a while, they cornered me and brought me down. My colleagues had to revive me. While I got shot once in a while, I was able to get the most kills out of the group in my first session with the game. That means it was easy to play the game.

The game has level that can take a while to get through. It’s not simply an experience where you play for 15 minutes and then you’re done, Davis said. There’s a loose campaign narrative to tell you why you’re fighting. There are a lot of weapons, ranging from crossbows to assault rifles. The crossbow was easier to shoot, but it reloaded more slowly. I reloaded the gun by pointing the gun downward and then flipping it upward in a physical gesture. 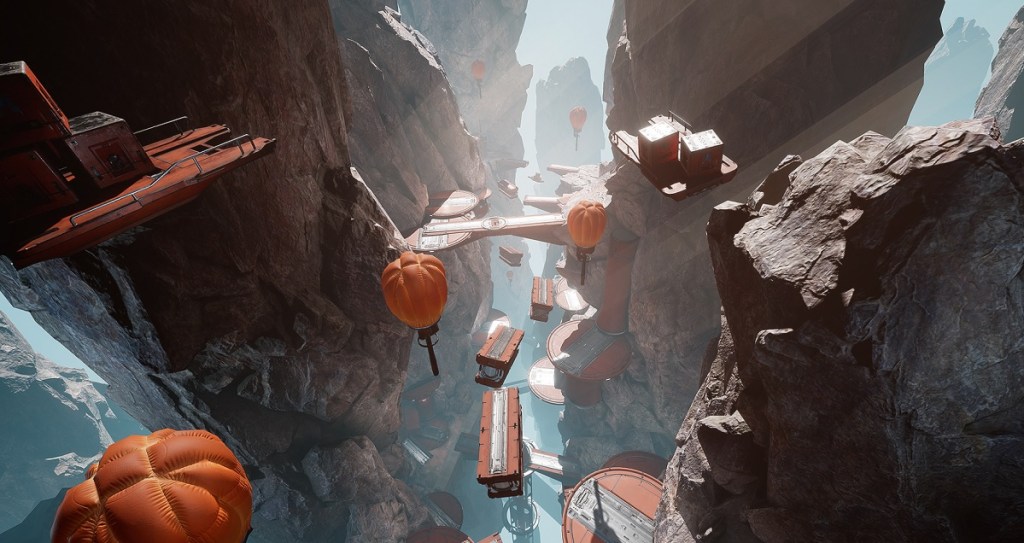 Above: Gunheart is a three-person co-op science fiction shooter in VR.

If you put your hands together, you can transform your guns into a single, rapid-fire gatling gun. We talked to each other on voice chat, telling each other where we were and what our objectives were.

Gunheart has 12 people. The founders include Davis, Kenneth Scott, and Brian Murphy. Davis recently served as general manager for the Epic Games’ Unreal Engine 4. He was also a chief technology officer at Microsoft on the HoloLens project, and he was the lead programmer on Gears of War and Gears of War 2.

Scott spent 15 years as an art director in Triple-A games at places such as id Software and Microsoft Game Studios. He worked on titles such as Quake 3, Doom 3, Rage, and Halo; most recently, he worked in VR with a team of veteran developers at Oculus.

“After working on the Bullet Train demo, I am doubly excited to work on immersive VR games,” said Davis. “We see a real marriage of active play and VR.”

Murphy spent the last decade as a designer and creative director at Microsoft. Murphy helped take several major platforms and games from incubation all the way to ship, including Xbox One, Microsoft HoloLens, and the Xbox Kinect. Most recently, he helped create the virtual travel experience Holo Tour for HoloLens.

“It’s been nonstop, hiring people and building the game as fast as we can,” Davis said. “We didn’t want to go super dark. We wanted to make something beautiful. There’s something magical about VR, where you are transported to another world.” 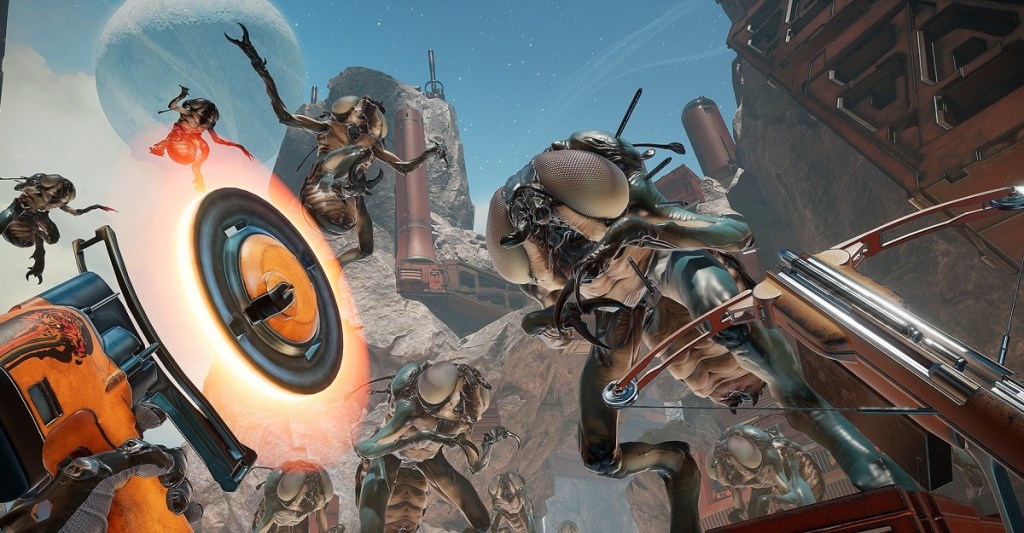 Above: Gunheart has a three-person co-op shooter mode.