Techland announced that Dying Light 2: Stay Human will debut on December 7 for the PC and PlayStation and Xbox consoles.

The game from Wrocław, Poland-based Techland has been in the works for years and has undergone delays, but it is good to see that it is hanging on for a launch in 2021 while so many other triple-A games are expected to slip into 2022 because of pandemic delays. The game is about surviving in the modern dark ages where you can use parkour against the zombie horde.

Techland opened up preorders for the game during the first episode of “Dying 2 Know,” an in-game web series about the world of Dying Light 2. The company also showed a new trailer for the open world, where zombies have overtaken a big city and humans venture outside at their own risk. It takes place 15 years after the zombie apocalypse. The new protagonist is Aiden Caldwell, who links up with Night Runners who can be allies against the zombies of the light and the dark. 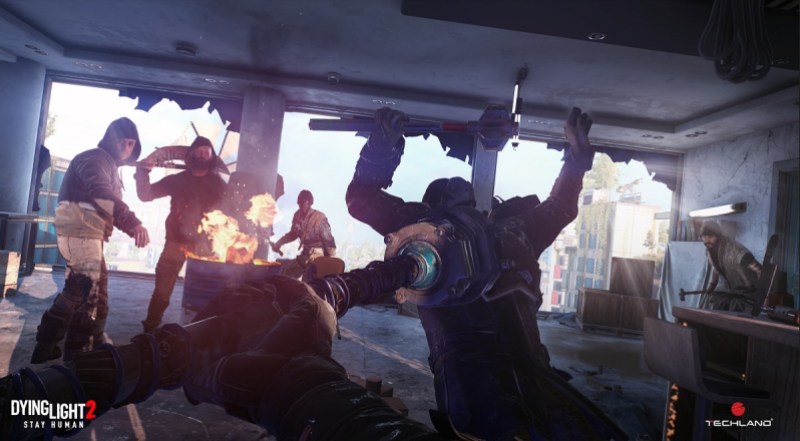 Above: Dying Light 2 takes place on a map four times bigger than the original.

It’s going to be a huge open world with lots of characters and factions and missions to pursue. You have to use your parkour skills to maneuver through The City, a massive urban open world set in Europe. The map is four times bigger than the original’s, and it is broken into seven distinct regions. The City is humankind’s last stronghold against the zombie virus, and judging from the trailer, The City isn’t doing so good holding out. You can expect plenty of combat.

The original game came out in 2015, and it has been played by more than 20 million people. One of the cool features in addition to parkour mechanics was its night and day cycle, as the creatures became more dangerous at night. Dying Light’s success has helped Techland grow to more than 400 employees.