Last year, the gaming community declared that 2012’s Electronic Entertainment Expo trade show (E3) ushered in “the year of the bow.” We just finished up this year’s event, and while it was far less full of twings and/or twangs (unless Alice in Chains frontman Jerry Cantrell’s guitar performance at the Ubisoft presentation counts, which it might), one thing kept coming back through all of the press briefings, floor demos, and previews.

Seriously, did you notice all of the open-world games?

Sure, we saw the ones we expected, like Assassin’s Creed IV, Watch Dogs, Infamous: Second Son, and Saints Row IV. But we knew about these free-roaming titles going into the show, so we had no surprises there. As the week went on, however, we saw both new franchises and new installments of established series going the open-world route. Games like these:

The lead-up to the reveal of Konami’s latest in its stealth-action franchise has been almost as complicated as the series’ plot.  We’ve had an investigation-launching fake-out trailer at the Spike Video Game Awards in December, some confusion as to exactly how many games we were talking about, and a switch in voice actors. By the time we actually got to see the game in action at the start of the Microsoft press briefing on Monday, it was actually a little anticlimactic.

Well, it looks pretty good, actually. I can’t pretend it doesn’t. And what was the first thing that the gameplay video proclaimed once it got its expository dialogue out of the way? 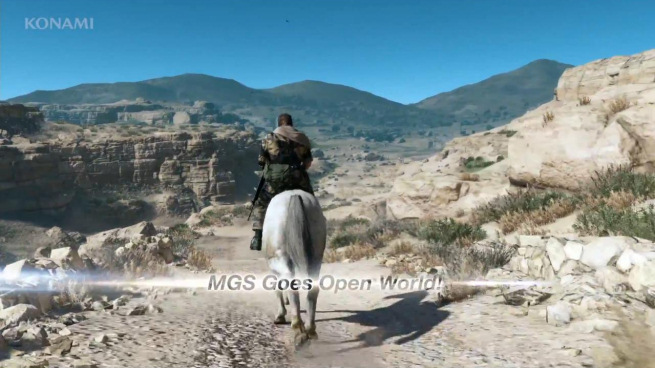 Konami is right to throw that exclamation point in there; this is a big deal. The Metal Gear series is far from being the most linear around, but it has followed a pretty strict “go here, do this” structure in which players follow a prescribed sequences of events with lengthy cutscenes between them. It’ll be interesting to see how much freedom this translates to once the game actually comes out.

Whatever it means, however, I’m pretty sure the plus-sized cinematics are staying. Let’s just take one series-changer at a time here.

Developer CD Projekt RED’s Witcher series of role-playing games has always been fairly open, but the designers apparently thought they could do more. “You can get to every place you see on the screen,” one of the developers said during a live demonstration of the upcoming game at E3. “This is a massive improvement in comparison to Witcher 2, which had some artificial barriers.”

CD Projekt wasted no opportunity to talk up the size of The Witcher 3’s world, claiming that it is 35 times larger than the previous game in the series and 20 percent larger than the open world in the developer Bethesda’s The Elder Scrolls V: Skyrim, which is the current standard for the “go ahead and get lost in the woods/hills/mountains for a few hours” gaming experience. 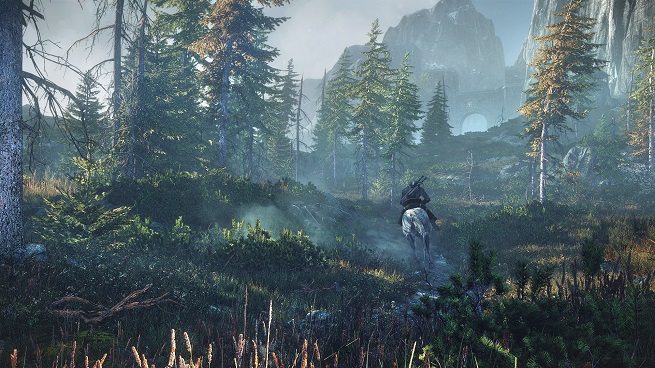 CD Projekt aims to improve on that experience, however — or, at least, bring some more to it. “Skyrim, which I think we all love, is a rather short game in terms of the main storyline,” gameplay producer Marek Ziemak said. “If you just want to focus on that element and you’re not that interested in exploring the world, it’s not that big. But that’s the core of The Witcher 3: the main story. It’s 40, 50 hours, plus the open world.”

If you’ve read Richard Matheson’s 1954 novel I Am Legend, you might remember this scene: Hero Robert Neville, convinced that he has enough time to make it to the safety of his fortified home before the legion of vampires that used to be the human race rose up from their lairs to murder him, realizes with horror that his watch has stopped.

That’s the feeling that developer Techland seems to be going for in Dying Light, a game that substitutes zombies for Matheson’s vampires and throws in some free-running. The game switches between two stages: exploration and preparation during the day and stealth and hasty retreats from high-powered superzombies at night.

Dying Light is about scavenging through the world to locate resources, supplies, and materials to build weapons before the sun goes down. Unlike CD Projekt, Techland is keeping quiet about the size and scope of its world, but we’re sure to hear more soon.

E3 saw several new driving games, including the latest releases from Microsoft’s Forza series and Sony’s Gran Turismo, but the two that belong here are Need for Speed: Rivals and The Crew.

Open-world vehicle games are not without precedent. Developer Criterion’s Burnout Paradise was one of the first major releases to cut players loose in a virtual city to complete challenges in any order they pleased. Surely enough, Criterion’s first foray into the Need for Speed franchise, Most Wanted, was also an open-world racer. Rivals, developed “in association with” Criterion, looks like it will combine single- and multiplayer modes in interesting ways, with players driving around on their own one moment and then jumping into a high-speed chase against an online opponent the next. It comes out this November for current-gen systems with next-gen versions to follow.

The Crew, which publisher Ubisoft revealed at its press briefing, is shaping up to be an even more ambitious title for PC and next-gen systems that involves joining up with your friends to create a Fast-and-the-Furious-style … well, crew. Developer Ivory Tower’s creative director Julian Gerighty described the in-game world as “as big as has ever been created.” But nobody tell CD Projekt RED he said that.

Once you’ve gotten your crew together, your ragtag group of misfits can take on other teams in a variety of driving challenges like races and takedowns. You can roll to each other’s aid in locations including New York, Miami, Las Vegas, and the Black Hills. It also includes a single-player mode, but Ubisoft’s focus at the event was on four people taking on a fifth in a free-form pursuit across a large city map.