It’s that time of year. Something is going to shock the gaming world at the Electronic Entertainment Expo (E3) gaming trade show — we just don’t know what that thing will be.

E3 2014 will reveal its secrets this week, but the gaming world is impatient. Blogs, news sites, news aggregators, forums, Reddit, NeoGAF, and social-media sites are all buzzing with rumors both extremely far-fetched and nearly certain.

We put together some of the more prominent rumors floating around. GamesBeat is not offering any of the following statements as fact. We are just centralizing all of the gossip in one place for easy viewing. Leave a comment to let us know which rumor you hope pans out.

Almost a year ago, an anonymous Redditor ignited a firestorm when he said that Bethesda was scouting locations in the Boston area. The individual also said that Bethesda has strong ties to the Massachusetts Institute of Technology (MIT) and that he “may or may not be an MIT employee.”

Since that post, Fallout 4 speculation and rumors have flooded the Internet. Kotaku posted alleged casting documents, and someone even created an entire website called The Survivor 2299, which has since been taken down.

Hines addressed the rumors in a similar tweet last month:

@iTz_Reaper 1) I don't reallly pre-announce our announcements. 2) BGS will not be talking about its next game for a long time.

A lot of speculation is flying around about a new Zelda title for the Wii U (which is not Hyrule Warriors, the already confirmed Zelda/Dynasty Warriors mashup). Many industry insiders, journalists, and fans think that a new Zelda game is practically necessary to keep the floundering Wii U console afloat. 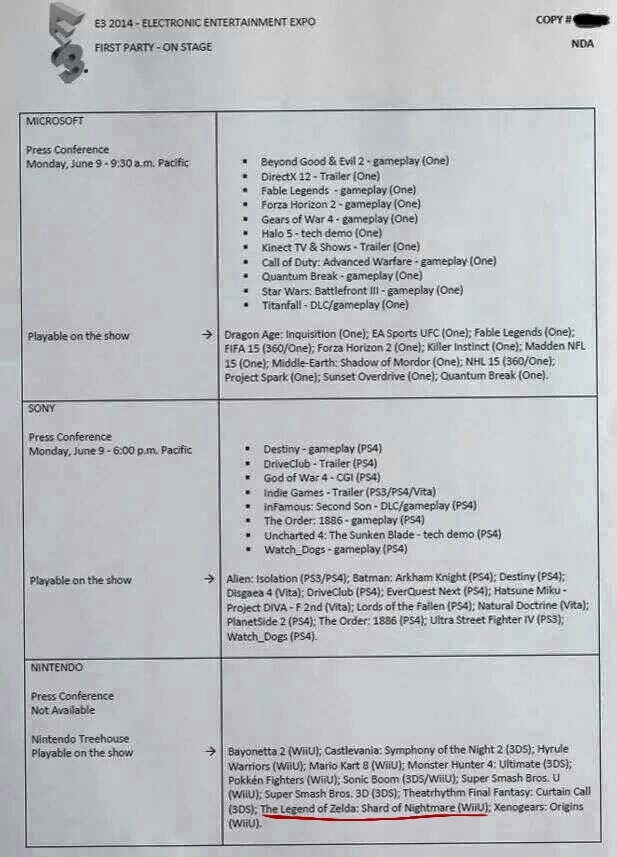 Above: The alleged press listing.

Various other websites picked up the story and ran with it.

Powerleveled.com posted another alleged itinerary that lists a new Legend of Zelda title (albeit with a different name): 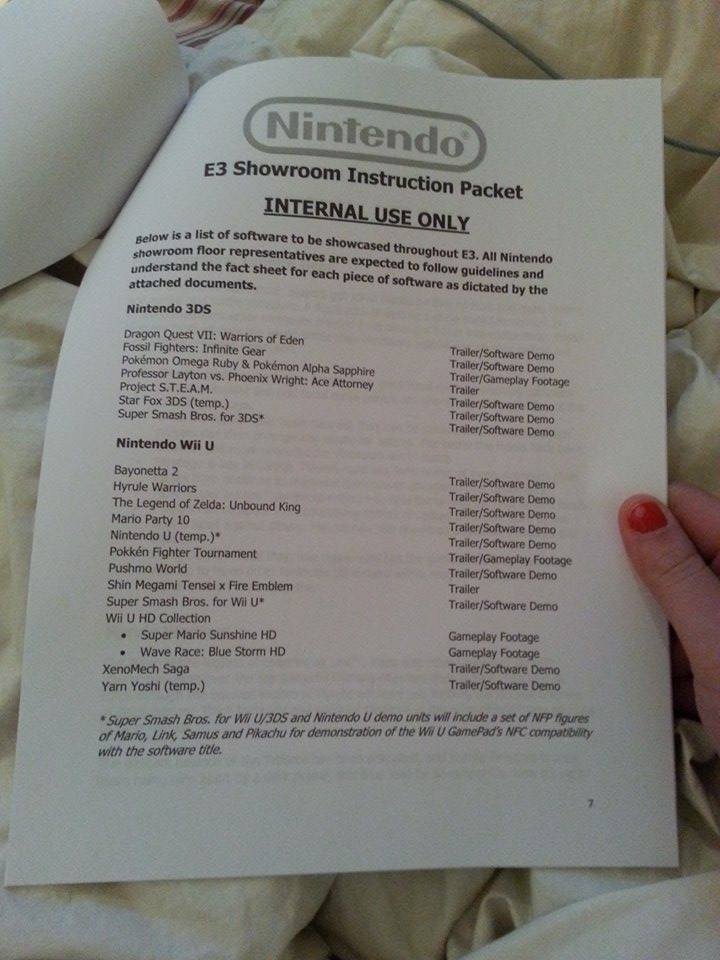 Above: The alleged itinerary.

No official word has come out regarding a new Zelda game.

Back in October, CVG published a story about an ex-costume designer for a motion capture studio who listed Resident Evil 7 on her resume. The article goes on to say that the game has been in development since 2012.

In April, the Sankei Shimbun newspaper made reference to a Resident Evil revival in a story about Capcom’s finances.

On May 31st, a NeoGAF post claimed that the new Resident Evil game will not be the seventh installment in the series. Instead, it will focus on some kind of side plot.

Numerous reports indicate that Capcom is at least exploring a new Resident Evil release. We just don’t know exactly what it is or when it is coming out. 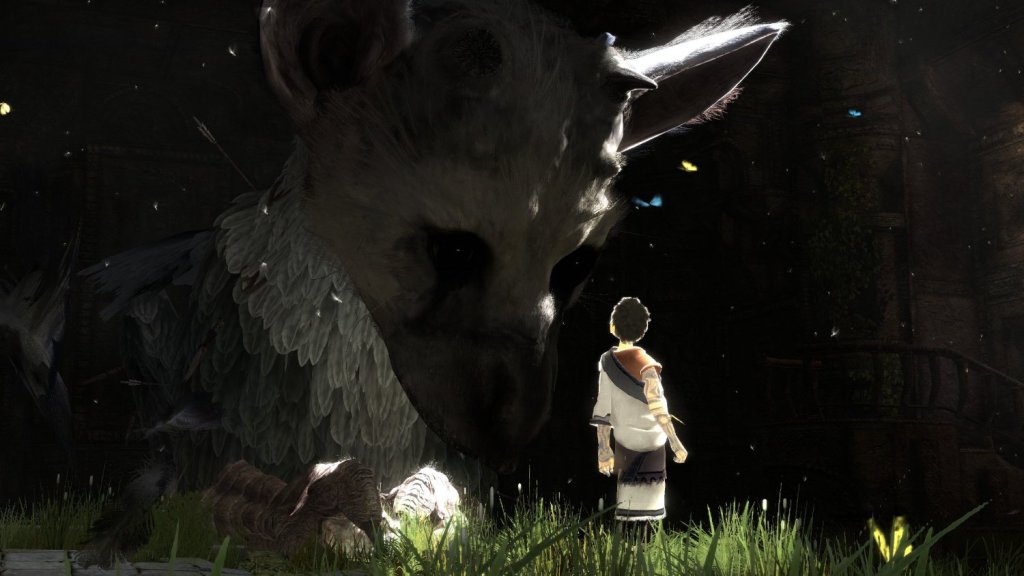 Above: Some art from The Last Guardian.

The spiritual successor to Ico and Shadow of the Colossus was first announced at E3 in 2009. The project has endured numerous setbacks since.

Many believed Sony was going to include The Last Guardian on its E3 2014 agenda until IGN reported the game’s demise Saturday evening. The report cites an internal source who told IGN Russia that the project was canceled at a Sony internal meeting last week.

@notaxation @yosp and I laughed at this rumor over dinner. The Last Guardian has NOT been cancelled.

Engadget first reported that Halo: Combat Evolved, Halo 2, Halo 3, and Halo 4 will be remastered and packaged into some sort of box set centered on series protagonist Master Chief. The report cites only “our sources,” but several other sites have picked up on this story.

This rumor is separate from Halo 5: Guardians, which was confirmed.

About a month ago, a NeoGAF member posted screenshots of what allegedly is From Software’s (Demon’s Souls, Dark Souls) newest title: Project Beast. The images depict what appear to be typical From-style monsters/backgrounds and a shotgun-wielding man on horseback.

About a week ago, a YouTube user named Vyktar posted supposed video footage of the project:

Several different Grand Theft Auto V rumors have circulated since its meteoric release last year. Some news outlets reported that a Portuguese retailer leaked the PC release date. Others claim it was a website in Russia. Reports even claimed that GameStop’s website had it up for a time.

Rockstar announced that it will release a game between now and March 2015, but the mystery title could be a new Red Dead or Bully release. The world knows that Agent has been in development for some time as well.

Apparently, Nintendo didn’t keep a tight lid on its secrets this year.