GamesBeat: What progress have you made toward different goals, like diversity?

Gallagher: Diversity and inclusion are goals that we strive for every day. They’re also goals that we will continue to chase. I don’t know that you ever achieve an end state. It’s much more a state of mind and a commitment, making sure that we’re living that commitment. I know that it’s a top priority to the industry. From the discussions we have with diverse audiences, whether it’s the disabled or women or minority groups, we have a dialogue throughout the year. It’s ongoing.

It’s not just us as ESA, but also our member companies. We continue to learn how we can do better. We’re committed. You hear CEOs from all ESA members committing to that pledge and then taking steps to make it real. You heard my remarks to that effect at Night to Unite. It continues to be a very high priority, and one where we’re sensitive to the fact that we have a lot of work to do.

We’re optimistic because of the nature of the video game industry. We’re an interactive and expressive medium. We have great advantages over tech generally. We’ll be able to close the gap faster. 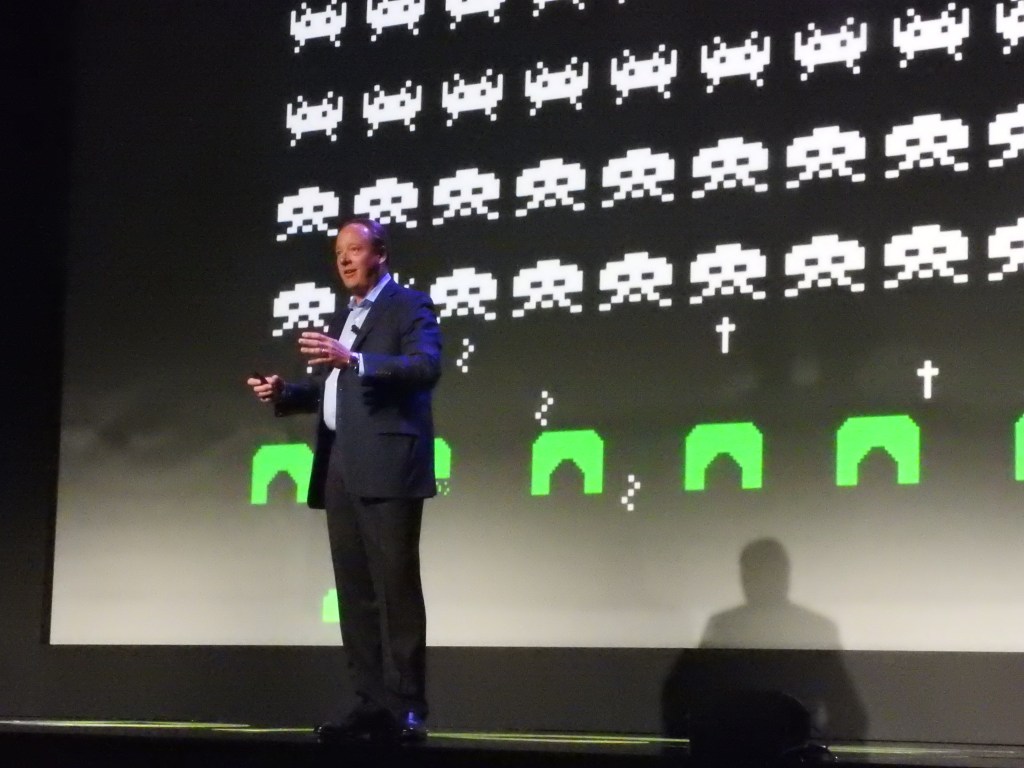 Above: Mike Gallagher, CEO of the Entertainment Software Association, speaking at the DICE Summit 2016 in Las Vegas.

GamesBeat: How do you feel about where the American industry stands relative to the rest of the world?

Gallagher: Highly competitive, that’s for sure. We have so many standout companies and an extraordinary pool of game developer talent here in the U.S. We have the best capital markets in the world when it comes to investment. If you look at the pace of innovation, whether it’s measured in patents or deployment of first-in-the-world technologies – from the iPhone to Magic Leap – we continue to be at the leading edge of innovation here in this country.

It’s a worldwide market, though, as has been pointed out frequently. More than 90 percent of the world’s customers are outside the U.S. If you look at our large members, they tend to be about half U.S. employees and half deployed around the world. That’s for a lot of reasons: development for those other markets, as well as having a 24/7 work cycle, which is highly advantageous to the gamer, and for meeting the demands of bringing out great new titles on a reasonable basis.

You have a number of those forces that put us in a position of strong leadership in the U.S., but other markets are growing. China is growing very rapidly, and it has a much higher population. That’s not a secret. They also have great aptitude and desire to lead in this industry, both in their own country and also abroad.

Look at the board of ESA. We have Nexon, which is very geographically diverse. We have PlayStation, Nintendo, Square Enix, Capcom, and others that have their roots in Japan, where the industry started. We have great companies like Xbox and Take-Two, which are founded and based here in the U.S. but have operations worldwide. From an ESA perspective, the market and the challenge and the opportunity are global.

GamesBeat: Are you specifically worried that a trade war with China could hurt the games industry? Or with other countries as well.

Gallagher: We have to be careful about words like “trade war.” That can be hyperbolic. It can be scaremongering. There are things in the relationship with China that need progress. The protection of IP, the market access provisions that are very one-sided—for U.S. companies going to China there are very high barriers to entry imposed by the government, ownership restrictions and the like, technology transfer. Meanwhile, those restrictions are not in place here. We have a very open market. Our capital markets, our patents system, all the things we do for any startup in the U.S. are available to any company from China. That imbalance needs attention.

Words like “trade war” are counterproductive in the context of that. We’d much rather see progress on fair access to each other’s markets, because that’s what’s best for the game publishers and gamers themselves around the world. It solves inefficiencies. We have other international challenges, like GDPR. That’s a very high-level concern because it’s hard to implement a system which is vague and going to change. It brings to light challenges. Those types of things need to have calm international dialogue for solutions. Talking about “trade wars” is counter to that. It’s not something we want to emphasize in any way.

GamesBeat: How are you doing at attracting mobile games, getting those companies to come to E3? That’s half the market now. Is that something you’re still trying to make happen?

Gallagher: We’re absolutely trying, and we’re finding that there’s been a great payoff in the sense that mobile games, as we pointed out last year, were taking a growing presence at the show. I’ll send you the numbers for this year in mobile games, but you’re going to see participation from mobile game companies.

Facebook, for the first time, has a booth on the floor at E3. That’s a powerful statement as to the value of the industry to Facebook, and as you know, the most rapidly growing part of their business is on mobile. Also, through M&A activity—you see companies like Activision acquiring some of the biggest players in the mobile game space. If you look at Fortnite, that’s a runaway success. It’s only on one mobile platform right now, but the revenue numbers there are staggering. Just wait until they get onto Android. The footprint of E3 is a launch pad for mobile, and it’s become increasingly available and used—we expect to see more of that this year with 126 companies that will be showing mobile games at E3. 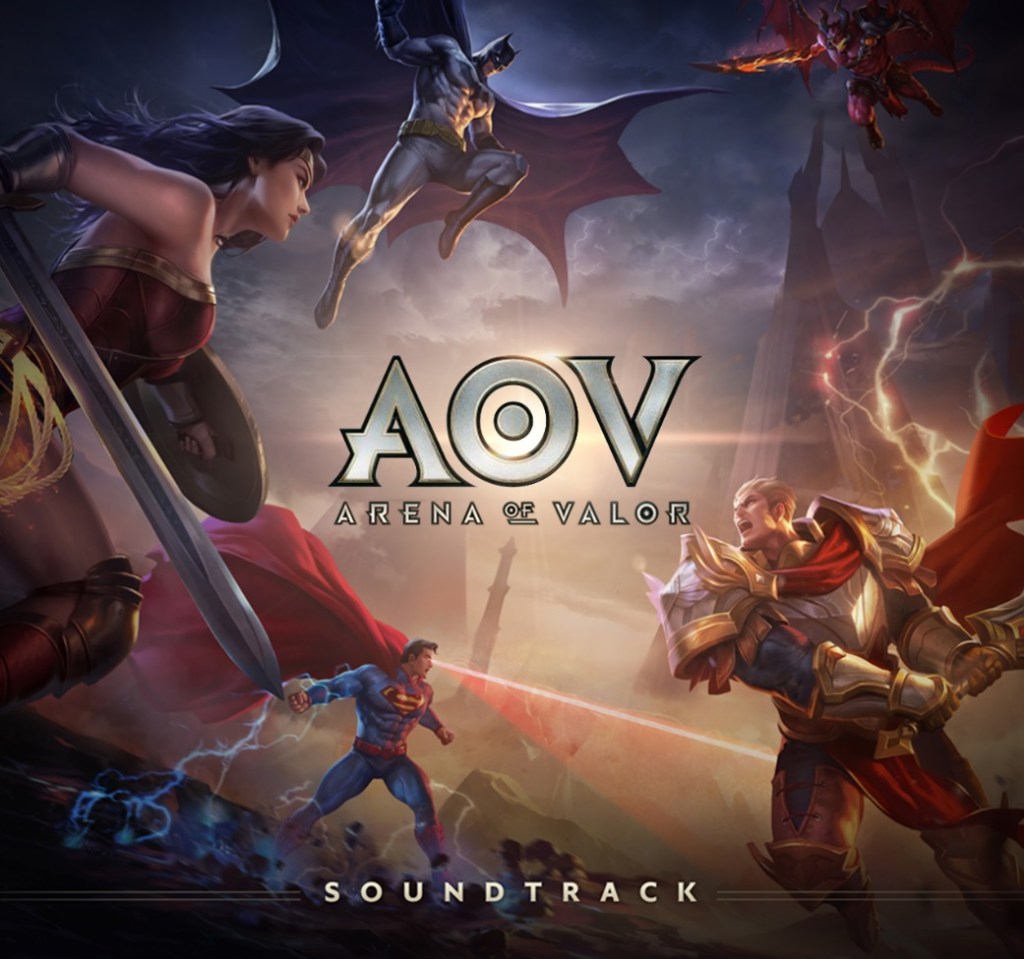 Above: Arena of Valor is the Western version of Tencent’s Honor of Kings.

GamesBeat: I saw Tencent announced that they’ll be on the show floor for the first time, with Arena of Valor.

Gallagher: That’s another sign of the great health of the show, the value of the platform, and the international reach of the show. The one other connection I’d give you is to 5G. AT&T, as you’ve probably heard, has a booth on the floor where they’ll be demoing gameplay over 5G. We think that’s brilliant business for AT&T. The gamers of today are their optimum customers.

John Ledger, the CEO of T-Mobile, he’s come to the show for the last two years and visited us in the ESA suite. He’s looked out over the floor and said, “These are my customers.” That’s how he saw the opportunity two years ago. AT&T is seizing that with their 5G investment and leveraging the connection to gamers as a reason why that significant investment is worthwhile. That’s backed up by the numbers. Video games are 75 percent of the total revenue in the iPhone App Store. They’re 90 percent of the revenue in Google Play. You can see why they’re there and the power of E3, the power of video games on mobile.

GamesBeat: Are you looking forward to a particular game the most?

Gallagher: I always have to be careful about that. We’re a host to them all. I’m excited for the press briefings. Those are always a highlight for me. E3 is the most powerful showcase for new games, for gamers worldwide to participate in. It’s magic in a bottle every year.