The Entertainment Software Association, the industry group that operates the influential Electronic Entertainment Expo tradeshow in Los Angeles each June, sold E3 tickets to the public for the first time this year. And it was easy to spot the rookie attendees — not just because they wore bright yellow badges, but also because many looked lost and gloomy.

In many ways, E3 2017 wasn’t all that different from the 2016 show. Microsoft moved from the west hall to the south hall, but most other booths were in the same place and used the same layouts that they’ve always had. This year’s show also had about the same amount of food options, security, and other services compared to past E3 events. The only real noticeable difference: 15,000 public attendees wandering the halls and looking for something to do.

Those fans came to the show from all over the world after the ESA announced it would open up to the public in February. The announcement came out early, and it gave some people the impression that the event would have plenty of time to adjust its focus away from industry attendees to a broader audience. But the show changed little from last year to this year, and this led to public attendees and many industry professionals waiting in lines for hours, looking for vendors that didn’t exist and wondering how to play some of their most anticipated games. 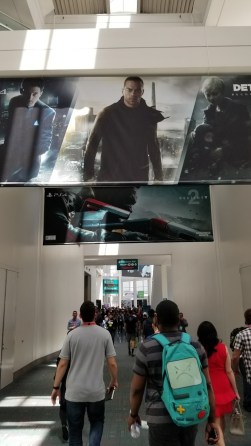 Above: Walking the concourse from south hall to west hall.

“There are a lot of people here,” Evan Trudy, a public attendee from Washington, told me. “And it didn’t seem very organized.”

A common complaint from the public was about the organization. The biggest example of this was the huge line to get into the west hall on day one. That queue stretched from the doors that lead right into the Sony and Nintendo booths all the way to the other hall, which is a 5 minute walk. But the show didn’t have volunteers organizing the line or representatives keeping people informed about when they could expect to get in.

“We waited about an hour and a half just to get in,” Jennifer Garmin, also from Washington, told GamesBeat. “Everybody self-organized pretty well. I was surprised that we wrapped around the building a couple of times. But there were no signs or anything.”

By the second day, the ESA had worked out the issues with the line, and some fans claimed they were having a great time at their first E3. Nearly, every person I spoke to had complaints, but they also talked about how fun it was to be at an event they’ve only ever previously seen from afar.

“When we first got here, instead of having to sign up for the beta for Star Wars: Battlefront, we were just walking by and they said, ‘hey, you guys want to play,'” Trudy said. “We were some of the first people at E3 who got to play. That’s awesome.”

But fans were also starting to feel defeated by the long lines and getting pushed aside by the media or industry professionals.

“We went to the west hall and ran to Destiny 2 in the PlayStation area,” Michael Suszek, who attended the show for the first time from Texas, told GamesBeat. “I was second in line, but I had to run. After that I went to play a World Rally Cross racing game, where you have the simulation cabinet. I waited about an hour-and-a-half, and I probably had 20 people in front of me. Five press people cut the line.”

And it’s here where most attendees seemed frustrated.

E3 is a tradeshow, and a lot of people have demo appointments because they can’t afford to stand in line for hours to see only one or two games in a day. It has always worked that way, and E3 2017 was no different. And the public was expecting something more like the fan-focused Penny Arcade Expo or San Diego Comic Con. Those events are crowded, but every booth is set up with fans in mind, and the conventions invite in vendors and celebrities to give people options on how to spend their time or money.

E3 only had a couple of shops, but they weren’t enough to accommodate the demand. The expo also did have some speakers doing panels, but it was just one room across the street from the Los Angeles Convention Center. And fans didn’t really seem to understand that E3 wasn’t changing all that much to address their needs.

I asked the ESA about that gap in communication, and the organization denied that it was a real issue.

“We communicated via email to attendees directly, encouraged everyone to download the E3 app for the latest news and information, provided signage throughout the convention, hosted help desks in both halls, and communicated frequently on Twitter and Facebook — including handling customer service issues directly on both of those platforms. Exhibit space queues were handled directly by the companies themselves, and they make their own policies.”

How Sony, Microsoft, and Nintendo dealt with the crowds

Sony, Microsoft, and Nintendo did each have their own policies, and their booths were all packed and difficult to navigate.

The PlayStation booth handled the volume by having fans sign up for demos or theater sessions using its event app. This worked through the first day, but by day two, demand was so high that the app crashed when appointment scheduling opened that morning.

Microsoft put fans into standard queues and let everyone wait. It was one of the biggest exhibitors in the south hall, and it was right at the front. This meant it was a bit easier to get into the Xbox area than Sony or Nintendo zones, which have vendors on all sides. But this also meant that a ton of foot traffic came to a halt as soon as people entered the south hall. 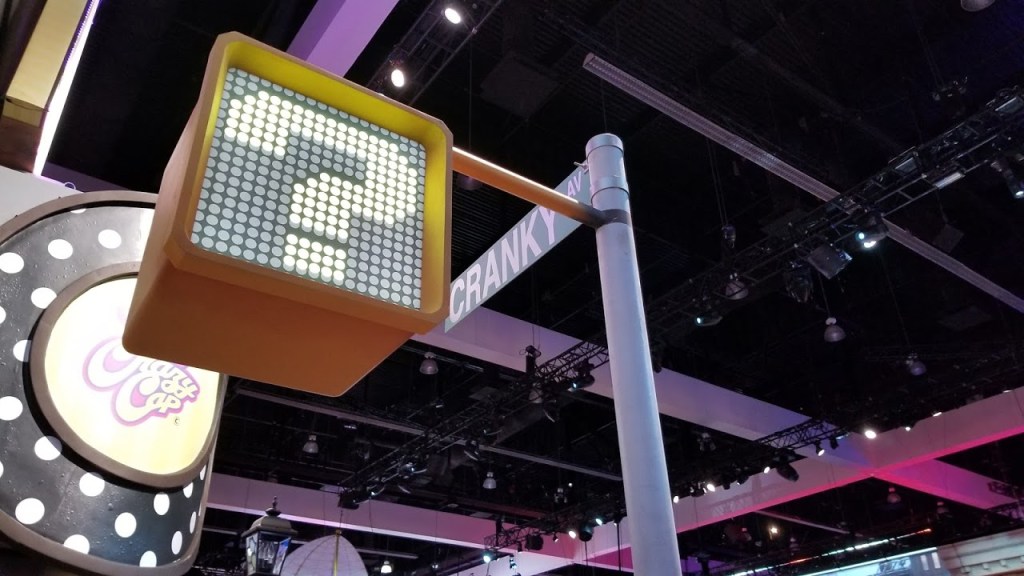 As for Nintendo, it underestimated the crowds.

“Everybody was a little bit shocked at the volume of people on the first day,” Nintendo communications boss Charlie Scibetta told GamesBeat. “But then we started to figure it out as far as how we wanted to do line management and crowd control. We try to be pretty respectful. We have signs in the lines saying, you’re one hour out from here. People know what they’re getting into if they want to line up. So far people have been happy with the time commitment, because once they get on the game they’re having a great time.”

Booth management was only a part of the issue, and many people still felt like they were paying to get into a show that they still weren’t really a part of. That led to one of the most common suggestions from fans for how E3 should change if fans are invited back in 2018.

And while the ESA has not made any official comments about how the show might change, the organization has board members that understand E3 2017 wasn’t ideal. But Sony Interactive Entertainment boss Shawn Layden, for example, told me that he doesn’t love the idea of fan-only days due to the logistics of the Los Angeles Convention Center. The space has worked well for the industry, but hotels near the show are expensive. Layden talked about Sony’s PlayStation Experience fan event in Anaheim and how well that has worked because that area is family-friendly, with lots of low-cost lodging and dining options.

So the future of E3 as a fan event is uncertain. Everyone witnessed the demand, but that could dry up if the biggest fans aren’t happy with their experience. And that is where Suszek said he is at when I asked if he would come back to E3 2018 if he could.

“That’s a hard question to answer,” he said. “I think the answer would probably be no. I think they can do better next year, honestly. My expectations were pretty high.”