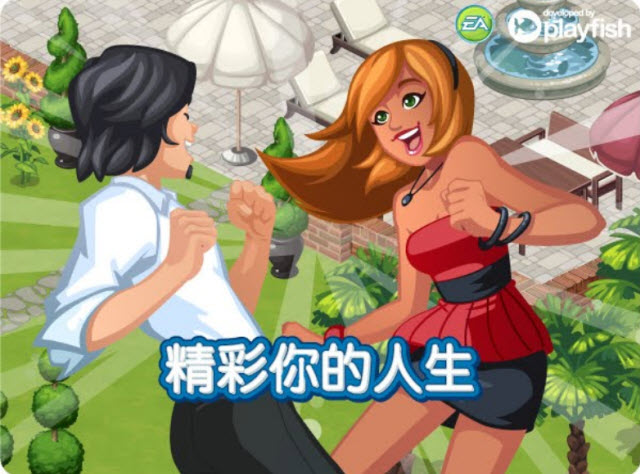 Beijing-based Tencent, which has hundreds of millions of users, will publish the game on the Tencent Open Platform under the Chinese name Mo Ni Shi Guang. EA’s Playfish studio in Beijing is developing the title, which was a big hit last fall on Facebook. The move helps EA keep pace with rival social game maker Zynga, which has taken its CityVille game to China.

The game will be available to players on Tencent’s QZone social gaming network. The game will combine the gameplay from the original game with new features developed by Playfish for Tencent’s social game platform. The game is based on The Sims, the people simulation game that has sold more than 150 million copies worldwide in 20 languages. When it launched last year, The Sims Social grew to more than 50 million monthly active users in its first month, but the audience has since declined to 20.9 million monthly active users, according to AppData.

The Chinese version will have localized language and art. Tencent’s platform is now the largest social network in China. Closed beta testing of the game is under way and an open beta is expected in the coming months.