LOS ANGELES — Andrew Wilson became the chief executive of Electronic Arts in the fall of 2013, after the giant video game publisher suffered a couple of years in a row as the winner of “most hated company in America” award.

Since then, the former game developer and EA Sports chief has focused on a mantra of “players first.” And he says his mission is to remind us that we all need to stop and play a little more in our lives. Wilson said that EA’s competition isn’t with Activision, Supercell, or other game companies. It’s competition with anything that takes our time away from games. And EA is doing well in that competition, restoring investor confidence. It’s stock price is higher than it’s been in years, and with its deal to make Star Wars games, strength in sports with the NFL license, and mobile prowess, EA remains one of the most powerful companies in both the console and mobile markets.

I caught up with Wilson for an interview at the Electronic Entertainment Expo, the big industry tradeshow in Los Angeles, a day after EA unveiled a dozen new games coming soon. These include Star Wars: Battlefront, Mirror’s Edge Catalyst, Unravel, and Mass Effect — all console and PC games that should be blockbuster hits for the publisher. 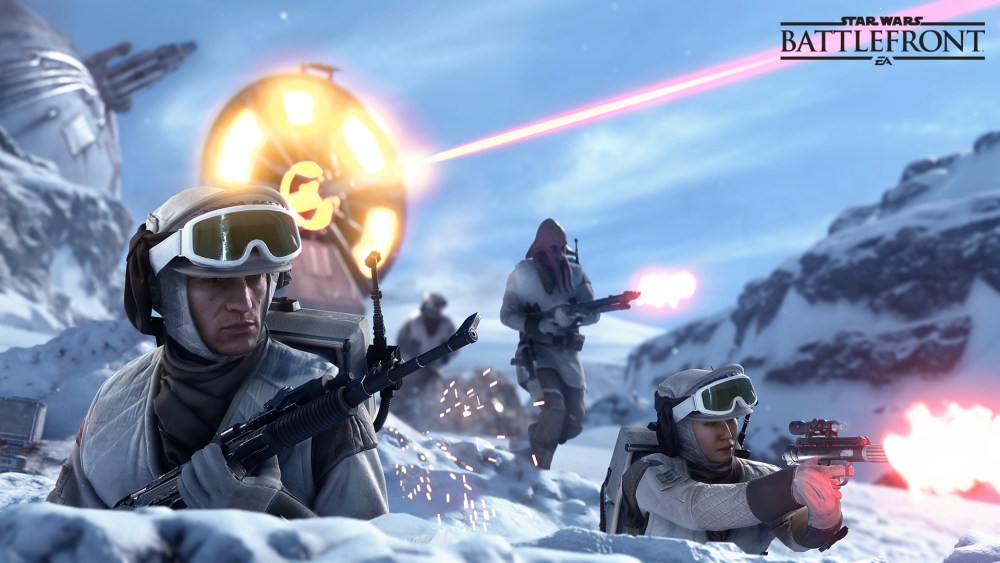 Above: Certainly someone can make a helmet that fits a Quarren’s squid-like head?

GamesBeat: You guys had a good slate here. The interesting thing I see you doing is taking some risks on the game design. Even though golf can be serious and boring, your people are making it fun. They’re saying, “Hey, let’s throw the Grand Canyon golf course in, anyway.” That seems like a different kind of approach.

Andrew Wilson: It’s a culture that the entire management team is driving. Patrick Söderlund also has a unique view on games and fun. He’s gone into sports in particular and injected a level of fun into that that maybe—a lot of us who grew up on EA Sports would not have done that in the past. But we’re also trying to build a culture where people feel safe taking risks at a creative level. It’s important. We have an obligation to lead from the front and do new and cool and creative and innovative stuff. That’s risky. We’re trying to create a culture in the organization that supports that, makes it normal and natural and part of who we are.

GamesBeat: It seems to run counter to the strategy at, say, Activision, where its whole process has been narrowing down the number of things they try to just a few, just the guaranteed hits. It looks like, as a business strategy, it’s working. You guys are doing some of that, but you’re also trying new things like Unravel — big games and small games.

Wilson: We look at how human beings interact with entertainment. One thing that you observe is that—if you think about TV series, they get about four to eight seasons before they run out of ideas, before the audience decides to go watch something else. Movie studios will release four or five Bond films in succession, or Marvel films, and then they take a break. As human beings we have this insatiable appetite for content. We consume and consume, and then we get up one day and say, “I don’t feel like that anymore. I’ll go try something different.”

Sports, by the way, is the exception to that rule. I’m happy in the strength of our sports portfolio. It’s ongoing. But we understand that there will come a day when people get up and want to play something completely different. We have to prepare for that day. We have to start building and investing against new IP that might feel like a big risk today, a big creative risk, but it ultimately might be the next blockbuster. That’s an important part of our strategy. 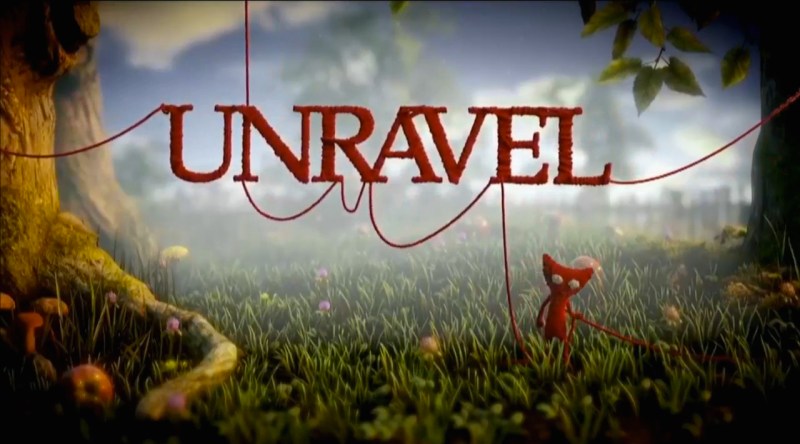 Above: Unravel is a quirky take on a yarn doll.

GamesBeat: There are very different ways that companies are approaching this. Ubisoft is allowing developers to create a new engine any time they want. You guys have gone with Frostbite. Are you feeling good about that strategy? Is Frostbite working out?

Wilson: I feel great about that strategy. What we want to get to is where studios feel like they can create any game they want. We want to free up time for innovation at a consumer-facing feature level. Some of that will happen inside the engine. What you get when you have multiple teams working on the same engine, every time they create something cool in a game at an engine level, it rolls back in the main line and all games get it.

When you saw Dragon Age: Inquisition last year, there were amazing things in that game that were built for that title. The reason you can put the Grand Canyon in golf is because those assets have been built somewhere else. What we’re trying to get to is the empowerment of game teams to be creative at a consumer-facing feature level and innovative at a game level. We’re getting to a point where the engine is a multiplier to that, not a time sink.

GamesBeat: I’m curious about small things and big things that come out of this “gamers first” strategy. If you look at adding women to FIFA, what is the gamers first goal there? How do you apply that to trying to decide something like that?

Wilson: That one’s pretty easy. As we start looking at the amount of players in our FIFA world who are girls and women, as we look at the amount of girls playing soccer—particularly in this country, by the way. There are more girls playing soccer than there are guys. We had this huge audience playing our game who didn’t feel they were represented inside the game. We went after that. We’ll continue to do that.

Wilson: The negative reaction to women’s teams in FIFA?