Electronic Arts CEO Andrew Wilson said today he is quite bullish on games and that the number of EA Sports fans could double in the coming years.

“We believe we can grow to 500 million players and viewers in EA Sports experiences over the next five years,” Wilson said.

Wilson also said EA’s next Battlefield game is coming during the 2021 holidays.

FIFA Online 4 in South Korea has had higher player acquisition in every quarter of this year compared to last year, and EA now has nearly 21 million players in FIFA Mobile Asia. EA is working with KLab in Japan on a mobile sports game.

Above: Andrew Wilson, the CEO of Electronic Arts

“We are bringing FIFA Online to new territories — including Russia, Poland and Turkey — with a combined audience of 80 million players,” Wilson said. “We are also accelerating our focus on mobile, with six new soccer mobile experiences in development today for different regions and genres.”

Wilson said Madden NFL has more players engaged in the franchise than ever before. NHL engagement is up 13% year-over-year, and since launch, UFC 4 has consistently had 20% more daily players than the previous game. Wilson said FIFA has a growing audience among Gen Z gamers.

Wilson said that the company has underperformed in basketball for the past five years and that has been disappointing. So EA is working on how it can innovate there. 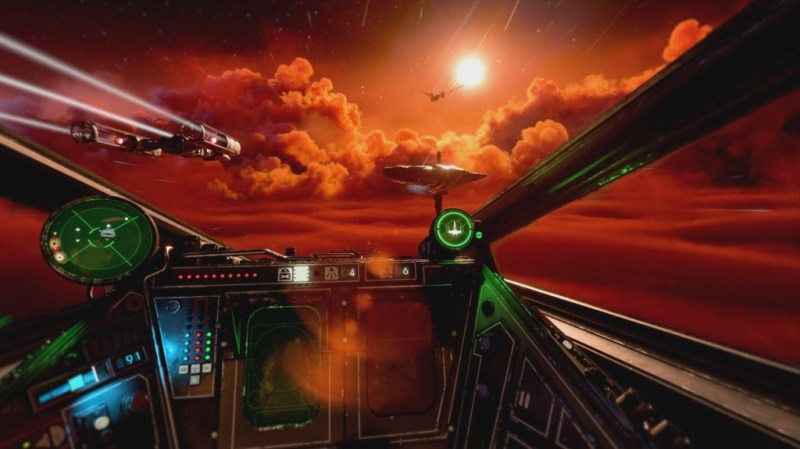 Above: Star Wars: Squadrons can be a delight.

Disney recently announced that Ubisoft will make an open-world Star Wars game. In response to a question, Wilson said that EA’s Star Wars titles have sold more than 52 million copies, generating $3 billion in revenues. And noted that Star Wars: Galaxy of Heroes on mobile is a billion-dollar franchise. He said the fact that others are making games based on Star Wars will not affect EA’s commitment to the Star Wars intellectual property.

“You should expect us to continue to invest in our Star Wars relationship,” he said. 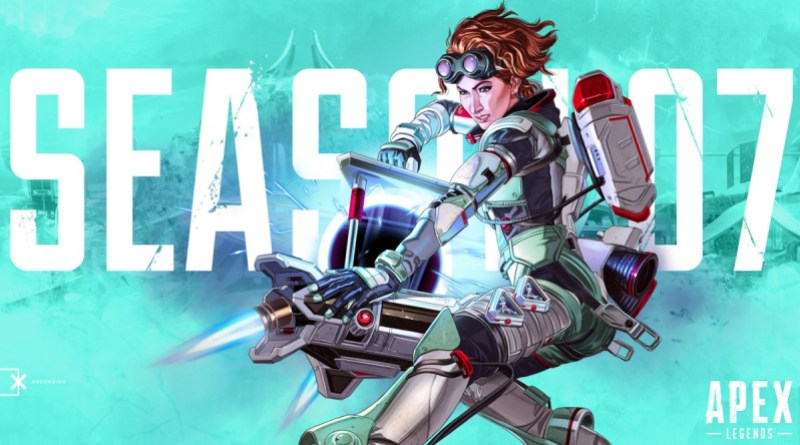 Jorgensen said that Japan is the second-largest market for Apex Legends, and that is one reason the game is coming to the Nintendo Switch on March 9. He also said Apex Legends will come to mobile in three to four months as a soft launch. Overall, Apex Legends is expected to generate more than $500 million in bookings in the fiscal year, said Blake Jorgensen, chief financial officer, in the analyst call.

“This is an opportunity that will last for a very long time,” Jorgensen said.

Wilson said he is excited about the upcoming acquisition of Codemasters for $1.2 billion. That deal will give EA more racing games such as F1. A shareholder vote is pending on the deal for tomorrow. Jorgensen said that the Grid and Dirt franchises haven’t yet benefited from a global marketing organization like EA’s, and he said EA’s aim is to “own the driving business.”

The Sims 4 at 33 million players 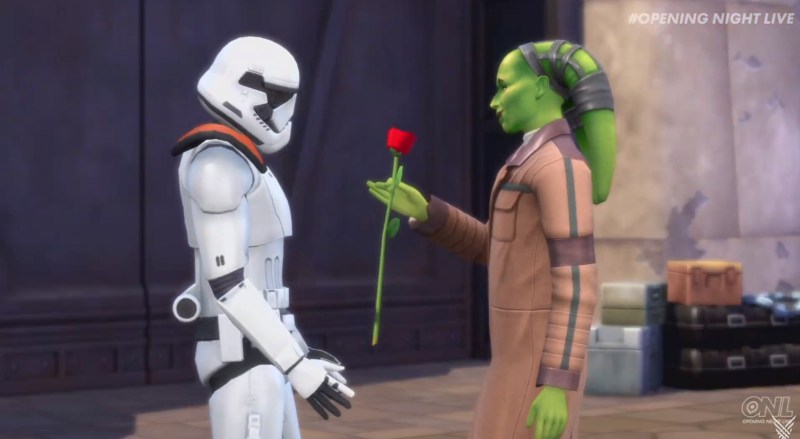 Above: The Sims 4: Journey to Batuu.

Wilson noted that The Sims 4 has 33 million players to date, and the Maxis team just delivered the 10th expansion pack for the game. And EA now has 13 million players for its subscription services, including platforms such as Xbox, PlayStation, Steam, and the EA client.

“With more players valuing the subscription model, and with our scale across platforms and content, we are building a strong, growing business with recurrent revenue,” he said. “We also have new streaming players joining our network through Xbox Cloud Gaming with Game Pass Ultimate and other partners, and we are committed to advancing cloud as a meaningful part of the future gaming ecosystem.”

Overall, EA has more than 35 new games in various levels of incubation and development for the future, Wilson said.

In the third-fiscal quarter, digital sales were 62% of total units sold, up 13 percentage points from a year ago, Jorgensen said. Overall, Jorgensen said EA will grow revenues on top of its $6.1 billion expected for the fiscal year ending March 31.

Asked if EA would consider user-generated content games, Wilson said the company looks at The Sims as a franchise that appeals to player creation, but he said in time EA would also introduce more innovations that take advantage of player agency and creation at the player level.