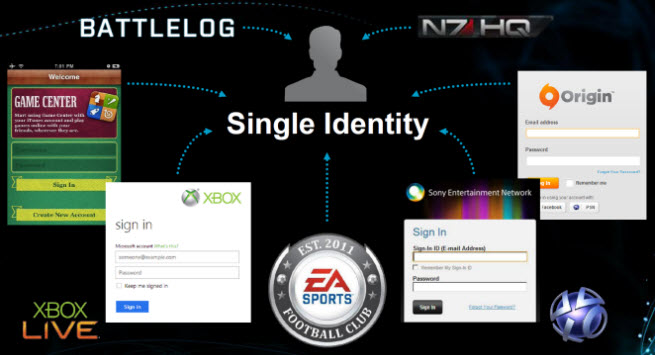 Hitting a milestone in its efforts to go digital, Electronic Arts has completed a major software engineering project to enable gamers to use a single identity across game platforms, even if those platforms are operated by different companies. 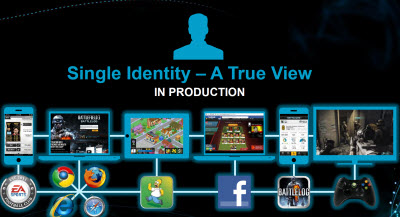 If a player buys an EA game, the company will be able to follow that player across platforms such as the Xbox 360, PlayStation 3, the iPhone, Facebook, and EA’s own Origin online gaming service, said Rajat Taneja, the chief technology officer at EA, in an exclusive interview with GamesBeat.

The move will enable EA to follow gamers wherever they want to play and still track their activity, and that could help EA embrace new business models and target better marketing pitches at gamers as they play EA’s games.

“Our strategic vision at EA is to create a single backend system so that we can truly embrace the secular trends in our industry that are creating massive growth for games,” he said. “And we will be able to embrace all of the new business models that come with that.”

One example is appointment gaming, where a player can find friends in a game regardless of what platform they are in and then start a multiplayer session with them, so long as the game permits that kind of play. EA’s technology will allow it to find a gamer in real time and then communicate the friend’s message in a timely manner. 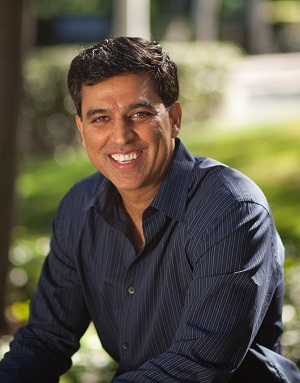 The task took a team of 1,500 engineers more than 18 months to complete, and it is part of a major investment that EA chief executive John Riccitiello has made in helping EA cross the bridge from a pure retail game publisher to a multiplatform digital games company. Much of that ambition has been rhetorical, but the single identity is proof that EA is serious about making the digital transition. The company promised the technology a year ago, and the single identity is the first step in a strategy to creating a unified platform across all of EA’s games and platforms.

“We realized this was a non-trivial problem and that many people had tried to do this for years,” Taneja said. “Everything we do is putting the consumer front and center. We rebuilt our backend infrastructure on a fundamental level. It’s all about entertainment, but we realize that the way consumers are interacting with entertainment is different. They consume in bite-size chunks throughout the day, on the console, on a PC at work, and on mobile.”

Part of the trick is to separate “identifier” from “identity.” Gamers have their Facebook identities, their Google Gmail accounts, Microsoft Xbox Live gamertags, and other IDs. But Taneja said that gamers can self-identify themselves any way they want. Now, a player could log into Bejeweled on an iPhone, and EA would know that you are the same player that also plays Plants vs. Zombies on the PC. It calls this an “open garden.”

“We built the glue in the backend to connect the gamer across platforms,” Taneja said.

Another benefit is persistent state. That is, a player can play on one platform and then move to another. On the new platform, the player can access the same game at the same point and continue playing.

“All of our games will enable types of experiences that are congruent and consistent on the PC, consoles, smartphones, and tablets,” he said. “We have a complete re-architecture of our data systems that gives us a single view of the data.”

EA can use the telemetry from the tracking to make recommendations to a player on a faster cycle.

“It used to take one or two days before we could make a recommendation, but now we can do so on an hourly basis and are moving to real time,” Taneja said. “We can do better custom offers, promotion, and reaction to gamer feedback.”

On top of that, the data unification will save EA about 50 percent on its data storage costs. Taneja said the company leaned on available technologies to authenticate users. It didn’t reinvent everything that has already been created.

“We have no religion around that,” he said. “We can connect to any standard applications programming interface for authentication.”

“This will have a material effect on our costs for our digital revenues and a positive effect on our revenues,” he said. “We think this will be a great differentiator for our company.”