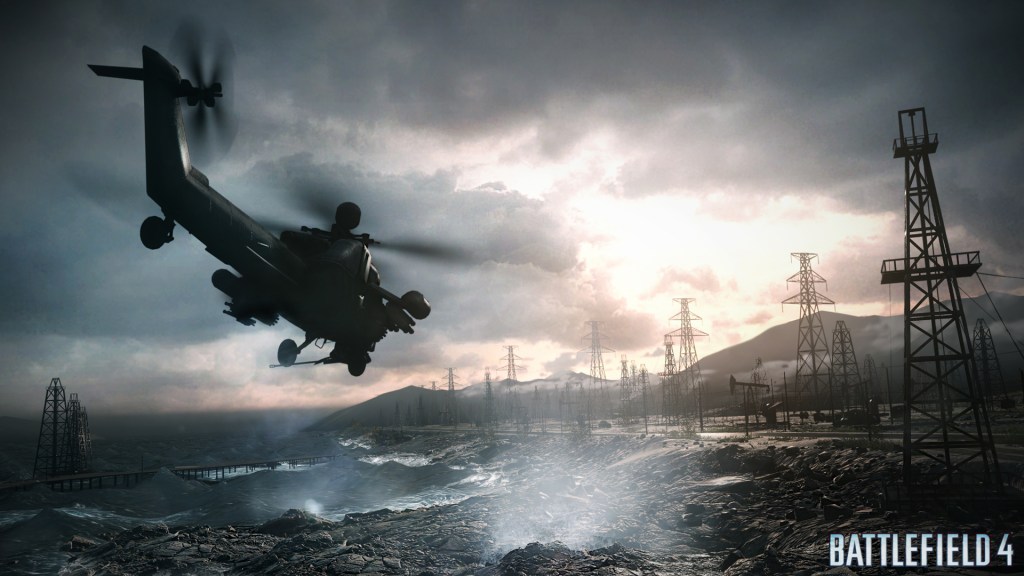 SAN FRANCISCO — In a hail of faux gunfire, Electronic Arts unveiled Battlefield 4 at a special event Tuesday evening during the Game Developers Conference. And EA has finally given its stakeholders a glimpse into whether it still has a bright future in video games or not.

Based on the polished gameplay trailer (here’s our preview) that EA showed last night, the giant independent video game publisher is betting an awful lot on this game franchise. Battlefield 4 represents a huge investment by EA in a video game that feels like a next-generation experience, and consumers may have to invest in new hardware to play it. Battlefield 4 intends to make players feel as if they were completely immersed in a modern combat battle. This kind of game — coming this fall — is so important that it could make a difference for EA’s valuation in the stock market. 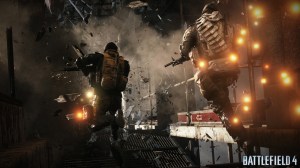 If EA messes the game up, as it did with last fall’s Medal of Honor: Warfighter first-person shooter last year, then it will lose another battle for consumers with rival Activision Blizzard. But if it pulls Battlefield 4 off flawlessly, it could sell millions more units than its predecessor did and take some market share from rival Call of Duty. EA has had more than 65 million people play its Battlefield games over the past decade. That represents sales in the billions of dollars.

“When they told me their vision for this game, with characters, I had a hard time believing them, frankly,” said EA executive vice president Patrick Soderlund in an interview with GamesBeat. “They showed me a snippet of a character interaction that made me wonder if we could really do this now. I found it to be more filmic, more dramatic, and more believable than anything I have seen. That is when I felt I had to support them on this idea. This could be really freaking big.”

Michael Pachter, analyst at Wedbush Securities, said today that the first-person shooter market is about 25 percent of the game business, generating around $4 billion in revenue per year. Activision’s Call of Duty games grab at least a billion dollars of that amount in their first two weeks on the market alone. EA, however, has had to be aggressive against its rival’s much bigger marketing and development resources. 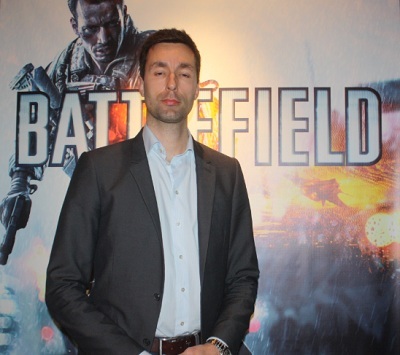 For this game, EA has created a new version of the Frostbite engine, which renders the game world and its 3D animated combat sequences. Soderlund said that EA has an engine team that has created Frostbite 3, and it also has multiple other teams of game designers that are contributing to Battlefield 4. Soderlund said EA invested more in its tool chain. That helped it get around bottlenecks and enabled the team to get to playable versions of the prototype game more quickly.

EA also had to invest in better storytelling, and the demo is paced in a way that shows it has learned a few tips from Hollywood. The scene starts with a combat team in hiding, being hunted by enemies. They have to quietly move toward escape, and then all hell breaks loose as they are discovered. Some scenes show soldiers making tough life-or-death choices, and those scenes seem more like segments of a movie than a game.

In Battlefield 4, EA says players will feel what it’s like to eject from a jet fighter or take out an enemy during a free-fall.

But EA unanswered questions still. Soderlund would not say which platforms Battlefield 4 would debut upon. We saw it on a high-end custom PC, but it will likely be available on the Sony PlayStation 4 and Microsoft’s next game console, which are both expected in the coming year or so. If EA can get Battlefield 4 on as many platforms as possible, it will be able to sell a lot more copies. But it may not be able to get the game to run on older machines.

“It’s obviously a big investment for EA and it is now a mega-franchise in this industry,” Soderlund said. “We need to keep pushing the boundaries so the consumers respect and love what we do. We will spend as much money as we need to make it successful.”

But Soderlund made it clear that current-generation technology can’t really run the new Battlefield in all of its glory. Soderlund said that the gameplay in the video does not use any sleight of hand that makes it appear better than it actually will be when it comes out. (He didn’t say when it would come out, but EA said in a press release that Battlefield 4 will come out this fall). Soderlund would not say if EA would make a new Battlefield game every year, as Activision does with Call of Duty. That is particularly important since last fall’s Medal of Honor sold so poorly that it was taken “out of rotation.”

“We are at a point in gaming where we can deliver an experience that is a lot more filmic, more human,” Soderlund repeated when asked what the team is trying to accomplish. “I saw people walking out saying that they felt like they were watching a movie.”

The event took place in a movie theater, filled to the brim with journalists and special guests, in the Metreon complex in San Francisco, near the Game Developers Conference base at Moscone Center. Just how important was this event to EA? All of EA’s top executives were there. John Riccitiello, the former CEO of EA, was fired last week. But he was on hand at to cheer on the team.

“John had a tremendous contribution to Electronic Arts and he was a supporter of what we do,” Soderlund said. “It was very appropriate for him to be here.”

Soderlund said Riccitiello was an “honored guest” and that he fully supported Battlefield 4. Also on hand was Don Mattrick, head of Microsoft’s game business.

Here’s the full 17-minute demo video below. [To be clear, the demo is a video. But the video was captured from live game play, according to EA].