Ultima Online was a landmark game for the industry, setting a standard for persistent, online worlds and paving the way for the massively multiplayer online role-playing game genre when it launched in 1997 for PC. But at one time, its publisher didn’t want to have anything to do with it.

Member’s from Ultima Online’s original team — Richard Garriot (aka Lord British, the creative director), Starr Long (executive producer), Raph Koster (designer), and Rich Vogel (vice president of tech and shared services) — talked about the game’s creation during a talk at the Game Developer’s Conference today. While they understood the excitement of their project, which they called Multima at the time, Electronic Arts wasn’t convinced. 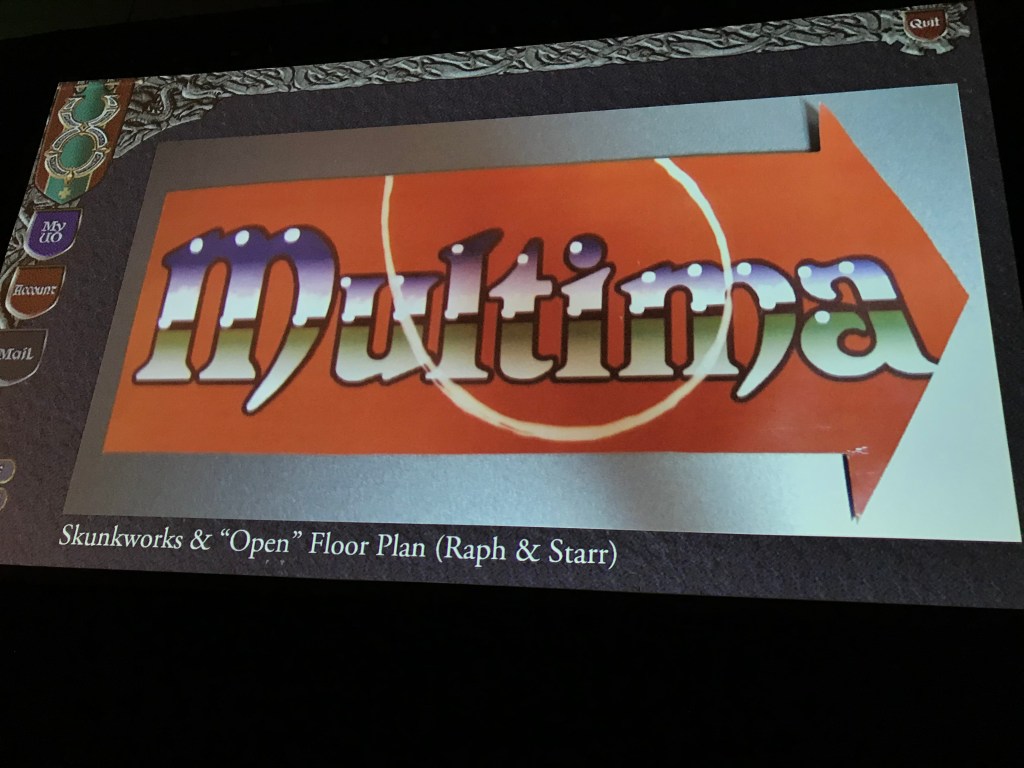 Above: The old Multima logo.

Origin Systems pitched the game to EA, but the publisher passed. After six months, they pitched Ultima Online again. EA still said no. Origin only got an approval to start development after a third pitch — and with some shouting during the process. Ultima Online began with a small budget: $250,000.

EA had little faith in the title, projecting that it would only sell about 30,000 copies. Ultima Online had a small, young team of eight. The average age was about 22 years old.

The panel noted that EA was trying to kill Ultima Online during its early development. EA was more interested in projects like Ultima IX, the next single-player entry in the series. The normal Ultima series was old and tested. It was more of a sure thing for EA. 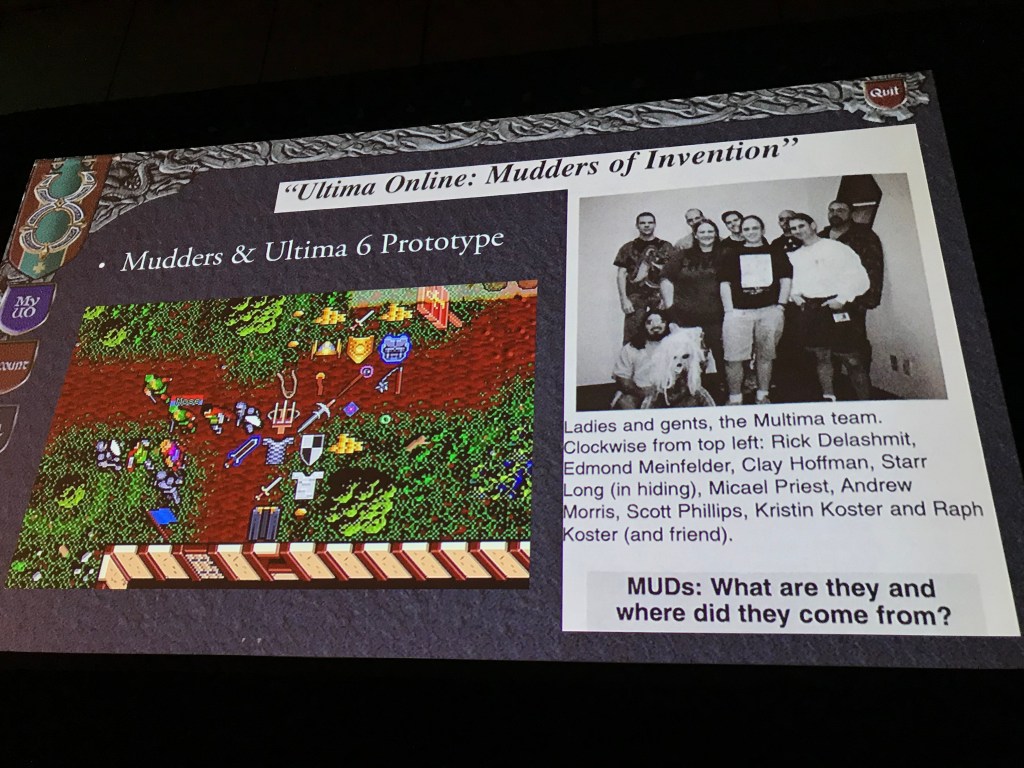 Above: The original team.

Ultima Online released a beta in 1997. Since downloading a game that big through the internet was impractical back then, Origin would have to send beta players a disk. But Origin had already used up its budget. So it charged anyone who wanted to play the beta $5 to help cover the costs of making all those disks. It was a precursor to paid Early Access systems we see today.

Fifty thousand people signed up for the beta, each paying $5. That’s when EA suddenly decided it liked Ultima Online.

According to the panel, this was a bit of a detriment to the team. Now EA was getting involved. The publisher put Ultima IX on hold and moved its staff over to Ultima Online. Now its staff ballooned from eight members to about 50. Many of them didn’t have any experience with online games. They were also resentful of having their project put on ice.

But Ultima Online still became a milestone and a classic. Once it launched, it sold over a million copies. That was well above EA’s estimation of 30,000.