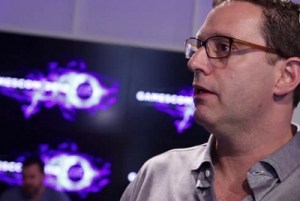 Electronic Arts has named Matthew Bromberg as head of its BioWare Label, elevating him from his role of general manager of BioWare Austin.

The job has been open since the founders of BioWare, Greg Zeschuk and Ray Muzyka, left last year after decades of developing games. The post is an important one because BioWare has some of EA’s most successful game franchises — Mass Effect and Dragon Age — and also some of its biggest budget games such as Star Wars: The Old Republic.

Bromberg will now be the group general manager of the BioWare label. He will retain leadership of the BioWare Austin division and extend his responsibilities to include BioWare Canada (Edmonton and Montreal), as well as the Victory studio in Los Angeles and the Waystone Studio in Redwood City, CA.

Reporting to Bromberg will be Aaryn Flynn (for BioWare Canada); Jon Van Caneghem (for Victory and Waystone); and Jeff Hickman, who will become the new general manager of Bioware Austin.

Bromberg joined EA in 2012 at the Austin group as it was revamping Star Wars: The Old Republic, now reimagined as a free-to-play online game instead of a subscription-only title. He was formerly CEO and president of Major League Gaming, the eSports company.