Electronic Arts is teaming up with broadcasters to create a big audience for its esports tournaments. Today, EA is announcing the FIFA Ultimate Team Championship Series competition will be the first gaming competition to appear on the ESPN flagship network.

Meanwhile, the Madden NFL Championship Series and Madden Bowl will be broadcast on NFL Network and Univision.

“We’ve long believed in the potential of competitive gaming to reach an even broader audience once games are more accessible to play and more accessible to watch,” said Todd Sitrin, senior vice president of the EA Competitive Gaming Division, in a statement. “I’m very excited to bring on ESPN, who shares our vision as we pioneer the next phase of our competitions and bring experiences like EA SPORTS FIFA and Madden NFL to more fans.” 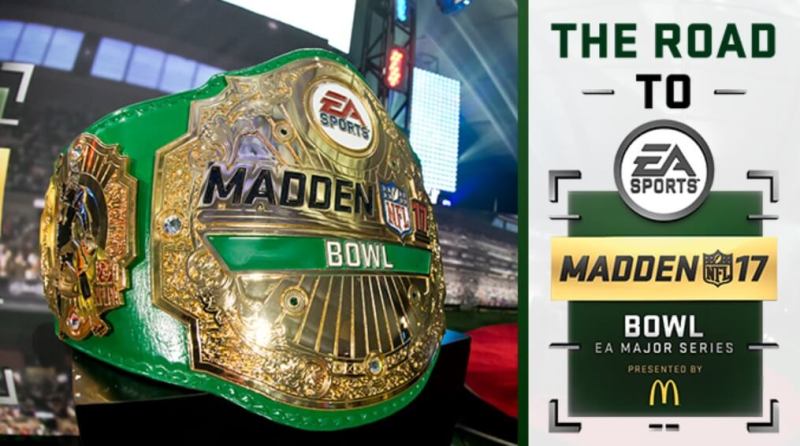 EA said it has received support from players around the world to build new experiences founded upon competition, community and entertainment. The deals will give “millions of new fans around the world a front row seat to the action.”

For the first time ever in U.S. competitive gaming, ESPN 1 will broadcast the FIFA Ultimate Team Championship Series Paris Regional Final. EA and ESPN are also teaming up to bring the remaining six FIFA EA Majors to the global masses with televised tournaments on ESPN 2, ESPN Deportes and ESPN 3 platforms. Broadcasts will air in English, Spanish and Portuguese in the United States, Canada (via TSN and RDS), Mexico, Australia, New Zealand, Brazil, the Caribbean, Pacific Islands, Central and South America.

For Madden, NFL Media will extend their partnership with EA through the three remaining Madden NFL Majors this season — Madden Bowl, Madden Challenge and the Madden Championship. NFL Media will support the events with robust content including new episodes of “EA SPORTS Madden NFL America,” and live look-ins throughout Madden Bowl on its other NFL Network programs.

Here’s the schedule for this weekend: