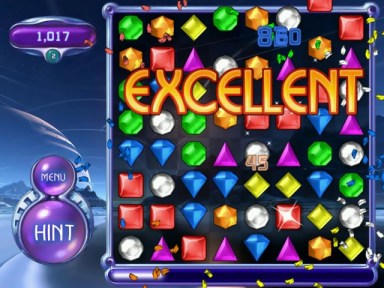 Supergiant video game publisher Electronic Arts has acquired casual game maker PopCap for $650 million in cash and $100 million in stock. The deal includes a multi-year earn out bonus, but there were no details released about it.

PopCap is an appealing target for almost any game company because it has several extremely popular games that can be turned into franchises. The company also has a large number of regular users who purchase games from the company, and it is expanding into social gaming with games like Bejeweled Blitz. It’s a rare company that draws all kinds of gamers — social, casual, mobile and hardcore.

PopCap cofounder John Vechey said in an interview with VentureBeat that Electronic Arts felt like a great match because John Riccitiello, CEO of Electronic Arts, is very knowledgeable about games and understands what PopCap is good at. Barry Cottle, head of EAi, the company’s mobile and casual game studio, said the deal is a smart one and that EA did not pay an excessive amount for PopCap.

Cottle said PopCap is one of the dominant companies in casual games with fast growth on both Facebook and mobile games. The company makes more than $100 million in revenues a year and is growing at a 30 percent rate. Sales of Bejeweled made up about 40 percent of its revenues, and about 20 percent came from Plants vs Zombies, PopCap chief executive Dave Roberts told VentureBeat. But the company was born in 2000, long before the era of social gaming.

Vechey said PopCap considered going public and started talking to a lot of potential partners at the same time. The company recently acquired San Francisco-based social game developer ZipZapPlay and said it was planning to go public later this year. It was one of PopCap’s more aggressive moves as the company aimed to be more competitive in social games on Facebook, where social gaming company Zynga dominates.

PopCap felt that Electronic Arts was a good fit because it was publishing on the same devices that PopCap was releasing games for and was also making similar casual games, Vechey said.

PopCap has been adapting to the rapid rise of Facebook games and has more than 16 million monthly active users on the site. It has 4.1 million daily active users, or those who come back once a day, and it ranks as the No. 5 U.S.-based social gaming company behind Zynga, Wooga (spelled wooga by the company), Playdom (acquired by Disney) and Electronic Arts, according to AppData.