Electronic Arts reported financials for its fiscal third quarter ended December 31 that were slightly below what analysts expected, as its marquee game, Star Wars: Battlefront II, sold only 9 million copies during the holiday quarter.

The earnings were the first real indication of how EA’s big release of the holidays sold. Star Wars: Battlefront II came out on November 17 and was timed for the Star Wars extravaganza related to the theatrical release of The Last Jedi. But pesky gamers mucked it up when they complained that EA’s loot boxes unfairly created a pay-to-win situation.

EA reported non-GAAP profit of $2.18 a share on revenue of $1.97 billion. Analysts expected EA to report non-GAAP profit of $2.19 a share on revenues of $2 billion, compared with earnings of $2.58 a share earlier on revenues of $2.07 billion. It’s not clear yet why EA didn’t disclose the Battlefront II sales in its report — it revaled the number to the Wall Street Journal — but it did say that 70 percent of players completed its single-player campaign.

The controversy reportedly hurt relations between EA and Star Wars licensor Disney. EA had to scuttle the loot boxes on the eve of the game’s launch, and some gamers still said they were going to boycott the game.

The game was expected to sell 10 million to 12 million copies in the first quarter, compared with 14 million of the first Star Wars: Battlefront title that EA launched in November 2015. EA CFO Blake Jorgensen told the Wall Street Journal that the game sold 9 million, and it was hurt by the loot-crate controversy. In a call, Wilson said the loot crate problem was a “learning opportunity.”

Investors aren’t seeing that as a disaster. EA projected an optimistic fourth fiscal quarter for the period ending March 31, with projections of earnings per share at $1.86. EA shares are up 4.8 percent to $123.53 a share in after-hours trading. 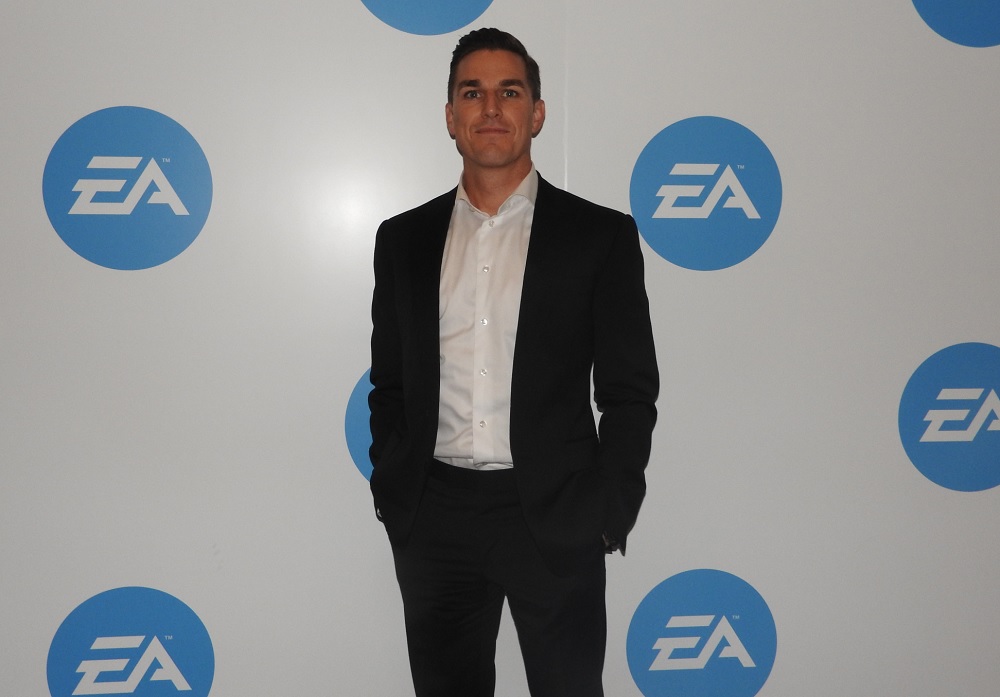 “Players enjoyed hundreds of millions of hours in our games across console, mobile and PC during the holiday quarter, and we’re thrilled to see our titles driving excitement for more fans around the world,” said EA CEO Andrew Wilson in a statement. “We’re expanding the reach of our top franchises across more geographies, our competitions are growing in participation and viewership, and we’re continuing to grow our network with more amazing games and content coming this quarter and beyond.”

EA also launched its Need for Speed game during the quarter, and it had similar loot box issues. But a year ago, EA released Battlefield 1 and Titanfall 2, making for a tough comparison to year-ago figures.

EA also reportedly has delayed its Anthem online game from its BioWare studio, along with a source saying it’s set aside Dragon Age to focus on it, and it closed Visceral Games in October after concluding that its single-player Star Wars game wasn’t resonating during playtesting. EA confirmed today

EA’s stock price went up on Monday after the Polygon news site reported that EA may be the target of a Microsoft acquisition. EA hasn’t commented on that.

“Our diversity in portfolio, platforms, geographies, and business models is the foundation of a robust business that enables us to deliver dependable cash flow,” said Jorgensen, in a statement. “Through the fourth quarter and fiscal 2019, we’ll be launching games across five different genres, on three different platforms, and to players around the world. We expect growth in full-game downloads, subscriptions, extra content, and in our mobile business.”

As for innovations in gameplay such as the battle royale mode in Player Unknown’s Battlegrounds, Wilson said, “You discover there are a lot of great vectors that drive entertainment. One of those is gameplay innovation. In PUBG, they delivered a mode that changed the way people play first-person shooter games. We are respectful of what they do. We saw it continue with Fortnite. It’s a mode of play the global population is interested in. You might expect we are also thinking about new and exciting ways to play. It doesn’t mean just PUBG replicas. It is including core game play and map design.”