Electronic Arts has struck gold with Madden NFL Football on mobile, where it has consistently been in the top-ten grossing games and making a ton of money. But FIFA Mobile isn’t even in the top 100. If the company can change that, the financial impact could be huge, as FIFA is by far EA’s most valuable sports game franchise, and there’s no reason it shouldn’t grab a bigger part of the $36 billion mobile game industry.

Madden (in its refined form) has had a head start for three years, but FIFA Mobile debuted in October, and it is holding the No. 7 position in the U.S. iOS app store as far as top downloads go. It’s not a bad start for a title that carries such high hopes.

EA has been making FIFA mobile titles for a half-dozen years, but it hasn’t said how many people are playing and making purchases within them. Much of that time has been spent figuring out what works. Just taking a console game and putting it on a mobile device hasn’t been that fruitful. So this year’s FIFA Mobile offering is far different from the popular console entries. 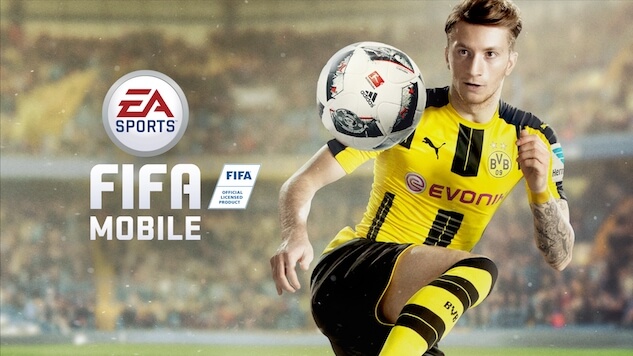 Above: FIFA Mobile from EA.

“We’ve realized over time that mobile players don’t want to play long console games on smartphones,” said Todd Batty, senior producer of the game, in an interview with GamesBeat.

Instead, mobile players want to engage with an app multiple times in a day for a very short time. They want to open it while they’re waiting in line, do something fun, and then close it again as they pick up their coffee.

“We run a business, and we want to see growth, but a lot of the decisions we made this year about FIFA Mobile were not just about generating a lot of revenue,” Batty said. “We wanted to generate a lot of players. FIFA is the world’s sport. We wanted FIFA Mobile to be the world’s game. That’s acknowledging that players play the game on smartphones that are not the newest products. In some places in the world, an iPhone 5 could cost someone many months of salary.”

In recognition of that, EA made a game that would run on every smartphone in the world. It runs on devices with as little as 512 megabytes of memory. It loads quickly and is easy to learn.

“It’s something we wanted to do to make FIFA one of the most played games in the world,” Batty said. “A lot of people are happy with that decision.”

The game doesn’t integrate with the console yet. Over time, EA will figure that out. The crossover isn’t that big right now between console and mobile players.

In the current game, you don’t play a full game. Players can execute short plays, such as attacking or defending in turns. You take all of the turns you get in the first half of the game in the attack mode, and then you hand over the game to someone you are playing against. 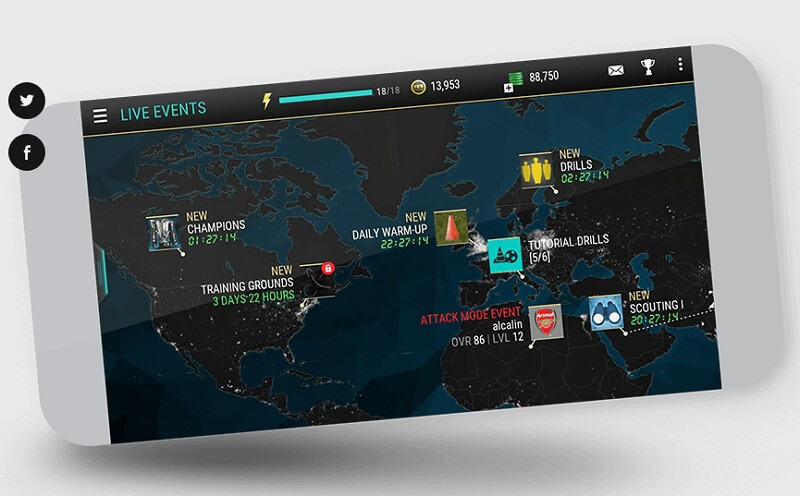 Above: FIFA Mobile has live events.

In past years, EA asked players if they wanted to play with a controller attached or play on the touch screen. This year, it focused on multiple ways to control the game. The players on the pitch will play a game on their own. But you can override the game, tap a player, and execute a play, such as taking a shot by flicking your finger. If you take your fingers off the screen, the game transitions to the players executing the game on their own. On any given session, players switch back and forth a lot, Batty said.

On multiplayer, as many as 32 players can compete against each other. There are live events based on the news of the day. You can join leagues with your friends and compete in inter-league championships. You can climb the leaderboard. The game has more than 30 leagues, 650 teams, and 17,000 players.

Over time, EA hopes to keep FIFA Mobile as an app that players return to over and over, as they have done with Madden NFL Football for three years.

“We think there’s lots of room for growth and lots of room to do cool things within the app itself,” Batty said.