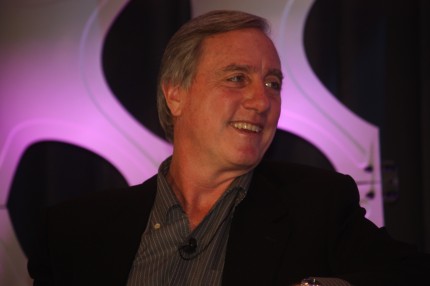 THQ‘s net income for the third fiscal quarter fell short of the number expected by analysts. The results show how tough the video game market has become for publishers that aren’t executing with a number of great hits.

THQ is one of the largest U.S. game publishers, and its financial struggles after more than two decades of making video games is a sign of big changes happening in the core video game industry.

But the profits from those games were offset by poor sales of its kid-oriented uDraw hardware and software, which reduced earnings by $33 million.

After hours, THQ’s stock has cratered, falling 24 percent to 58 cents a share. Before the earnings were released, the stock closed at 76 cents, up 40 cents, or 5.6 percent, in trading on the Nasdaq stock market on Thursday.

THQ said yesterday it has laid off 240 employees in an effort to conserve cash and focus on its core strategy of making high-end games for core gamers. THQ has now cut its kid division. THQ said it has now cut $160 million in costs from its annual expenses.

Analysts estimated that revenues for the quarter would be $417 million and earnings per share would be 64 cents. That earnings consensus was set after THQ announced that its revenues would fall 25 percent of previous targets. THQ is also facing a possible Nasdaq delisting if it can’t bring their share prices above $1 for ten consecutive days.

As we noted earlier, THQ doesn’t have all the time in the world to turn things around. In the most recent second-fiscal quarter ended Sept. 30, THQ had non-GAAP revenues of $119.6 million and a net loss of $40.6 million. The company had cash and cash equivalents of $51.0 million on Sept. 30. Unless THQ can turn around the current rate of losses, it will be out of cash in a couple of quarters. The company might be able to borrow more money, but it already has long-term debt of $83.7 million and current liabilities of $275.3 million.

Wedbush Securities analyst Michael Pachter recently told VentureBeat that THQ will likely run out of cash by June, or even earlier, unless it takes steps to prevent it by possibly reducing overhead, canceling projects, selling assets, or raising capital. THQ said that it has $47.7 million in cash and has no borrowings on its $50 million credit facility.

THQ was the No. 5 game publisher in the U.S. with 5.4 percent market share. The company is working on South Park: The Game for release in the second half of 2012. Digital revenues for the third fiscal quarter were more than double the amount of a year ago.

Upcoming games include UFC Undisputed coming out on Feb. 14; Darksiders II coming in June; South Park: The Game coming in the third fiscal quarter of 2012 (fiscal year 2013); Metro: Last Light coming in the fourth fiscal quarter of FY 2013, or the first calendar quarter of 2013. Devil’s Third is also coming during that quarter. THQ’s Dark Millennium Online will be out in fiscal 2014. THQ has two uannounced titles for fiscal 2013 and an unnamed original title coming from Turtle Rock Studio in fiscal year 2014. An original title coming from Patrice Desilets and THQ’s Montreal studio will come out in fiscal year 2014.