Earthfall is a lot like Left 4 Dead. But instead of shooting zombies, you are shooting aliens who came out of a meteorite that hit the Pacific Northwest. The game might very well seem derivative, but developer Holospark is taking care to make sure that the title has its own unique signature.

For starters, the game has a lot of backstory about the aliens and what they’re doing with this meteorite invasion of Earth. Each co-op mission that you play will reveal another piece of the puzzle, and when all is finished, you’ll understand why the aliens have crashed our party, said Russell Williams, CEO of Bellevue, Wash.-based Holospark.

“You’ll learn everything about them, from why they’re trying to eat you and why they are there in the first place,” Williams said. “And you’ll have crazy, intense action.” 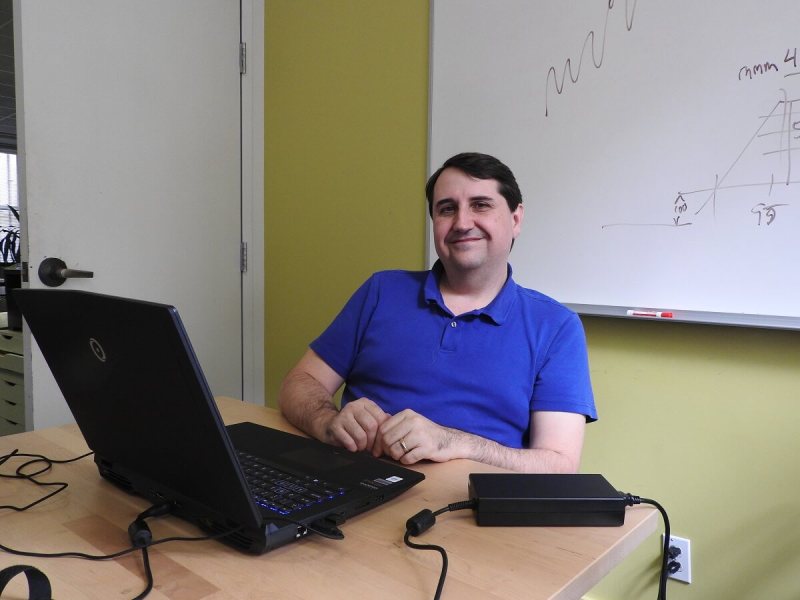 Above: Russell Williams, CEO of Holospark.

I played the game and interviewed Williams last week, and I thought the shooter had some nice touches. The aliens are big, fast, and pesky, with big claws that will dispatch you in a hurry if you don’t realize that they’re scratching your back. You have to fortify holdouts and complete objectives to keep enemies at bay. Holospark showed the title off at PAX South, a gaming-focused show in San Antonio, Texas, last week, and it saw good crowds. The game will launch in 2017.

You have to be fast to hold off the aliens, and fortunately, some shortcuts exist that really slow down the aliens. Like in Rainbow Six Siege, you can grab a chain-link fence barrier, and use it to block a doorway in an instant. You can run through that barrier and shoot through it. But the aliens can’t run through it. They have to tear it down.

You can deploy the fence to protect your safehouse, which has goodies that include ammo, health, and a 3D printer that can print special weapons as you earn points. I played with three other developers, and we did a good job holding off the hordes. Some big, boss-like creatures relentlessly chase you and eventually bring you down, though. You have to toss grenades into the horde and hope they will slow them down.

Above: You can 3D print your own guns in Earthfall.

One type of enemy will pin you down. Another type delivers a toxic cloud when it is killed. When one player is knocked down, the others can revive the player. But eventually, everybody gets into trouble. Besides co-op, the game will also have a single-player option where computer-controlled bots serve as teammates.

Williams’s team of 30 developers came from Cryptic Studios and Euphoria. Holospark also has a virtual reality studio working on separate titles. Its first VR endeavor, The Impossible Travel Agency, debuted in the fall of 2016. The game is a magical visual and musical experience. Another VR title is coming this year.

Holospark has been working on Earthfall in Unreal Engine 4. My time with the game was all too short. But it looks like it’s going to be a lot of fun. The title will release on Steam first, and it will hit consoles later.