Electronic Arts wants to be a part of the esports market. It just doesn’t like calling it that.

While most of us call it esports, EA likes to use the term competitive gaming. Chief competition officer Peter Moore thinks of esports as the top tier of a pyramid, the elite players of any game. EA wants to make stars out of all of its players. It’s about appealing everyone, not just the professionals. But he and moderator Geoff Keighley of The Game Awards at our GamesBeat 2016 conference in Ranchos Palos Verde, California, acknowledged yesterday that EA has some work to do in the market — one research firm SuperData expects to reach $1.23 billion by 2019.

“It doesn’t feel like EA has a big esport or competitive game,” Keighley said.

“We’re no longer in denial,” Moore replied. EA’s competitive communities do not compete with the top games in the market, like League of Legends or Counter-Strike: Global Offensive. Sports series like Madden and FIFA have attracted a competitive scene, but not on the level as the major esports games. 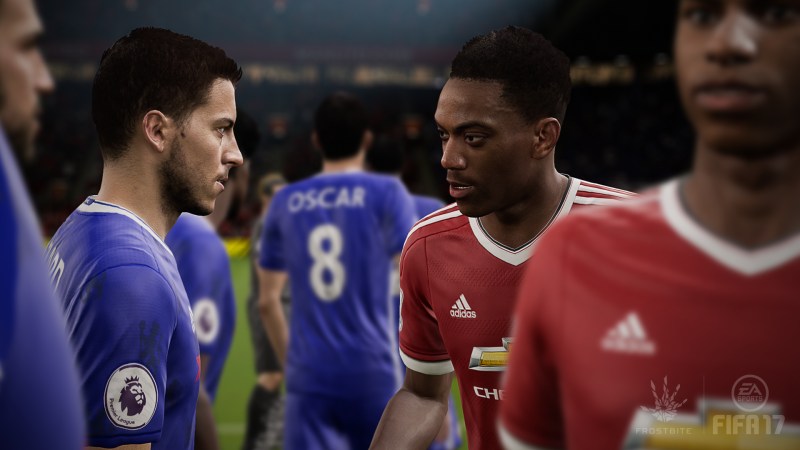 Above: FIFA 17 is the biggest soccer game in the market.

Keighley asked if FIFA could be as big as League of Legends. Moore noted that FIFA has an advantage because soccer is easily understandable, unlike the complicated multiplayer online battle arena (MOBA). League of Legends, however, has the advantage of being a free-to-play title on PC. Games like Madden have a $60 entry barrier across multiple platforms. Moore says that it needs to find a way to complement FIFA ‘s and Madden’s strengths to the things that appeal to esports fans.

Keighley also asked Moore would if EA would launch its own leagues, or depend on outside groups like MLG. Moore believes the strategy is to build a community, so it wants to work with everyone. EA doesn’t want to restrict growth by forcing competitors or viewers into one specific league.

Moore noted that its partners at NFL and FIFA are concerned that they aren’t attracting new consumers from young demographics. Moore encourages them to not push away fans of competitive gaming by trying to marginalize it. He also noted that competitive gaming gives brands a new way to reach those young demographics that no longer see commercials on traditional TV. Moore said that EA is battling the mass-market perception of gamers as Doritos-eating, Mountain Dew-drinking basement dwellers. He believes that acceptance from groups like the NFL can help fight against that stereotype.