Electronic Arts reported better-than-expected earnings today for the first fiscal quarter ended June 30, as live operations for existing games like FIFA 21 and Apex Legends helped it through a quarter with smaller releases.

Net bookings for the quarter were $1.34 billion, down 3% from $1.39 billion a year ago and above both EA’s guidance of $1.25 billion and the analyst consensus expectations of $1.27 billion. The slight decline compared to a year ago isn’t unusual, given the pandemic’s huge effect on games last year, as more people stayed inside and played more. Now that things have loosened somewhat, that effect has been muted. 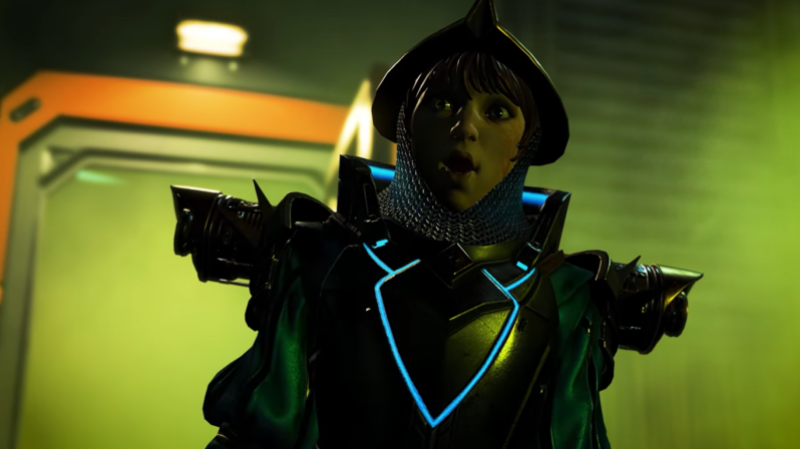 Above: Apex Legends on Switch.

Michael Pachter, an analyst at Wedbush Securities, said in an email to GamesBeat that EA beat revenue expectations by $86 million and raised guidance for the full year by $100 million. EA also beat earnings-per-share estimates by 24 cents and raised guidance by 25 cents.

In after-hours trading, the stock is up at $146.04 a share, up 4%. Bookings reflect actual cash coming into the company, while revenues don’t include numbers that are yet to be realized, such as virtual goods that have been purchased but not used yet in game.

Analysts expected EA’s adjusted earnings per share for the quarter to be 62 cents, based on a consensus from analysts, on revenues of $1.27 billion. EA itself had forecast that net income would be $70 million, or 24 cents a share, on revenues of $1.25 billion.

For the trailing 12 months, EA reported net bookings of $6.14 billion, up 3% from the prior year.

It Takes Two launched at the very end of the prior quarter on March 26, and it showed considerable strength through the June 30 quarter, Jorgensen said. 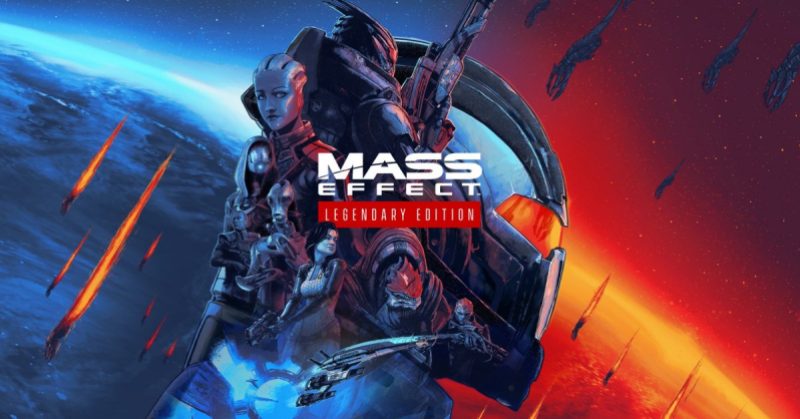 “We’ve had a very strong start to the fiscal year with our incredible teams delivering experiences that continue to bring hundreds of millions of players together,” said Andrew Wilson, the CEO of Electronic Arts, in a statement. “Our new launches, leading games, and live services all had an outstanding quarter. With our expanding EA Sports portfolio, more amazing experiences in Apex Legends, the groundbreaking new Battlefield 2042, and our leading live services including mobile, we’re set to deliver more great games and content to players this year.”

In an analyst call, Wilson said, “We are forecasting our biggest second (fiscal) quarter ever.”

With Battlefield, EA’s approach will be different. During the quarter, EA also revealed its ambitious plans for Battlefield 2042, a multiplayer-only game with three modes, including Battlefield: Portal, where players can mod their own battles and create zany and anachronistic competitions, such as World War II infantry swarming a modern tank. The game also has all-out warfare with 128 players in a multiplayer match.

That game debuts October 22, during the third fiscal quarter.

“We delivered a big beat this quarter, primarily driven by outperformance from our recent launches coupled with continued strong execution in our live services,” said chief financial officer Blake Jorgensen in a statement. “We’re looking forward to the launches of our sports titles this quarter and Battlefield 2042 in time for the holidays. Based on our strong performance this quarter and supported by our ongoing confidence in our live services, we are raising our outlook for the full year. Our strategic position has never been stronger, with growth drivers in place for this year, next year, and beyond.”

EA is working on a Battlefield mobile game for limited release in test markets in 2021 and in global markets in 2022. That is being built by the Industrial Toys team. EA did a big reveal for Battlefield in June, and Wilson said it saw record sentiment and it was the most talked about game of the month. Since the reveal on June 9, Battlefield trailers and content have cumulatively generated more than 210 million views to date across all channels.

Jorgensen said that next year will see new franchises debut or existing franchises that EA will bring back.

“We try to build a business on a collection of titles, not just one title,” he said.

“FIFA is growing as the social fabric of soccer,” Wilson said. 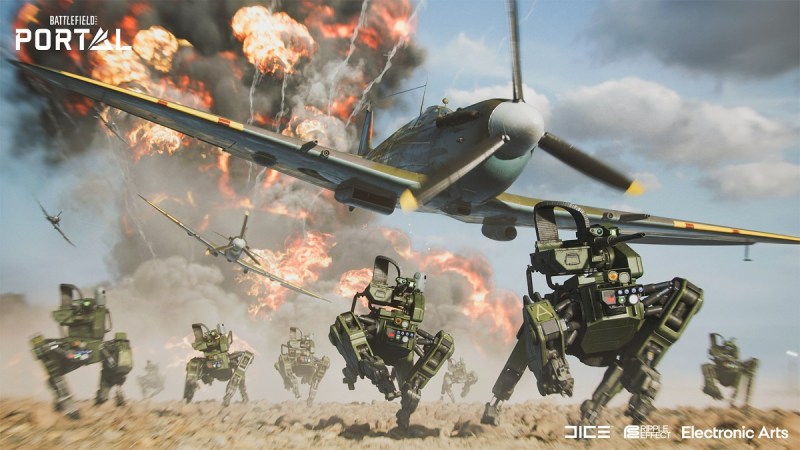 Above: Battlefield: Portal is a time-bending sandbox mode.

“It’s very rare for us raise guidance this early in the year,” Jorgensen said in an analyst call.

He noted EA has not built in any expectation of higher Battlefield results for the year, but he said that EA doesn’t want anyone to interpret that as a negative.

Analysts estimated that EA would report non-GAAP earnings per share of $1.07 for the second fiscal quarter ending September 30.

And analysts estimated that EA would report non-GAAP earnings per share of $6.38 on revenue of $7.39 billion for the fiscal year ending March 31, 2022. Today, EA said it expects revenues of $6.85 billion, net income of $456 million, net bookings of $7.4 billion. Overall, EA now has 11,000 employees. The results from EA’s pending acquisition of Golf Clash creator Playdemic are not included in the results.

“We are growing mobile into a growth center for Electronic Arts,” Wilson said.

EA dropped a teaser trailer at its July 22 EA Play event about its Dead Space sci-fi horror game in the works. Wilson said he couldn’t say more but the reception was very good.

It’s probably worth noting that we’ve come a long way from the days when games were just “hit-driven” businesses that investors stay away from. As Take-Two Interactive CEO Strauss Zelnick pointed out in an interview, it’s still a hit-driven business. But for the companies that have franchises that have lasted a long time, results can be more predictable. That’s because free-to-play games ushered in the notion of live updates that can re-engage players and get them to continue putting money into games. In the past quarter, EA saw $1.05 billion in revenue generated from live services.

That means that games last longer than they did in the past, easing the pressure for lots of new game launches. They can produce predictable revenue for a longer time than in the past. The companies are also no longer at the mercy of the console cycle. They have multiple consoles to make games for, and they can also make games for the PC and mobile devices. There are more platforms where games can make money.

The financial results look smoother, and public company investors can feel more comfortable investing in such businesses. And with the predictable revenue, the game companies can take more time investing in the next big hit.

“We’re in a better position than we’ve ever seen before,” Jorgensen said.