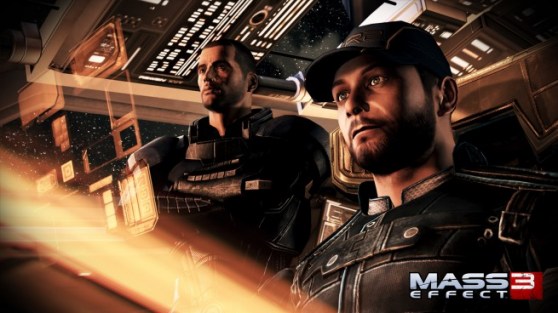 Electronic Arts reported its earnings for the fourth fiscal quarter ended March 31 beat estimates. However,  its guidance going forward is weak and the video-game giant is expected to report losses in the current first fiscal quarter. That has prompted EA stock to fall 10 percent in after-hours trading.

Analysts were expecting the Redwood City, Calif.-based video game publisher to report non-GAAP revenue of $960 million and non-GAAP earnings per share of 16 cents. They expected EA to guide non-GAAP first fiscal-quarter revenues to $577.9 million and a loss of 33 cents a share. Instead, EA expects non-GAAP revenue of only $500 million (versus the expectation of $925 million) and a non-GAAP loss per share of 40 cents to 45 cents for the first fiscal quarter.

“We are proud to report a strong quarter and a fiscal year highlighted with $1.2 billion of digital revenue,” said Chief Executive Officer John Riccitiello, in a statement. “In the coming year, we break away from the pack, with a very different profile than the traditional game companies and capabilities that none of our new digital competitors can match.”

The results give investors a view of EA’s financial performance after the launch of its Mass Effect 3 blockbuster sci-fi game and a full quarter’s worth of sales and subscription revenues from Star Wars: The Old Republic, which EA-owned studio BioWare developed over the past six years. The Old Republic is EA’s main competitive thrust against Activision Blizzard’s money-making machine, World of Warcraft.

EA had previously said the vast majority of Star Wars’ 1.7 million subscribers signed up for beyond the initial free trial, with paying subscribers likely numbering around 1.5 million. Analysts believe the game, which cost a reported $200 million to make, has a chance to steal subscribers from World of Warcraft, which has dominated massively multiplayer online games for seven years and has 10.2 million paying subscribers.

EA’s stock fell almost 10 percent in after-hours trading to $13.71 a share. Previously, before the earnings came out, EA’s stock rose one cent a share to $15.13 on Monday. That values EA at $5.01 billion. The company’s stock rose recently on rumors that Nexon had made an offer to buy EA, but that made no sense, Pachter said, as the Japan-based online games giant didn’t have the financial resources to pull off such an acquisition. EA’s big rival, Activision Blizzard, will report earnings on Wednesday.

A couple of weeks ago, a rumor circulated that EA was preparing to lay off more than 10 percent of the company’s staff. But EA didn’t announce any major cuts to employment and merely said “there are no layoffs.” The company further stated that it always has projects that are growing and morphing with people coming in or leaving. EA did acknowledge today that there is a small reduction in staffing related to its decision to eliminate some licenses that are not relevant for its next-generation console investment. EA said it is investing $80 million in next-gen console games and it will release a major social game this quarter.

For the coming fiscal year, analyst Michael Pachter of Wedbush Securities expects EA to report non-GAAP revenue of $4.55 billion to $4.6 billion (about four times Zynga’s current revenues) and $1.10 a share in EPS.

EA has likely been hurt slightly (a $5 million sales reduction) by the bankruptcy filing of Game Group, the big game retailer in the United Kingdom. OpCapita purchased GameGroup’s assets on April 1, Pachter said. Riccitiello said that EA had decided to delay the launch of one major unnamed game because of a reconsideration of the company’s research and development priorities.

The company said today that Battlefield 3 players are still deeply engaged in the game that launched in October. In March, the game had 6.3 million monthly active users. New content downloads are coming in May and June.

EA said the results for the quarter were driven by sales of Mass Effect 3, FIFA Street 4, SSX, and Kingdoms of Amalur: Reckoning. FIFA 12’s sales in the fiscal year were the best in history, and its digital downloads and micro-transactions generated $108 million in revenue. The fourth-fiscal quarter digital downloads were up 76 percent from a year ago, contributing $60 million in revenue in the quarter, thanks to Mass Effect 3 and Star Wars: The Old Republic. Star Wars had 1.3 million active subscribers in the first full quarter of the game’s existence.