Electronic Arts spent about $2.9 billion on its 10 biggest acquisitions since 1992, according to merger and acquisition research firm Pitchbook.

The video game publisher was founded in 1982, and it has become one of the biggest companies in gaming, with more than $5 billion in revenues expected for the fiscal year that ends March 31. I’ve asked some experts if they think that EA’s acquisitions have paid off, in light of EA’s recent $455 million acquisition of Respawn Entertainment, maker of the Titanfall series.

The lessons? So far, EA has had the biggest financial benefit from some of its smallest deals, like buying KlickNation for less than $15 million to get the team that made Star Wars: Galaxy of Heroes, a mobile game that is generating $100 million a year. But EA has had to dish out a lot of money for the studios that gave it some of its biggest established brands. EA paid $750 million for PopCap with brands like Plants vs. Zombies and Bejeweled, and it bought Playfish for $300 million. Those deals haven’t paid off yet from a financial perspective.

“What stands out to me is the consistent inability to match the key titles from each of these acquisitions with an appropriate monetization strategy,” said Joost van Dreunen, analyst at SuperData Research. “PopCap’s Plants vs Zombies, to name one, could have been much more successful. It’s relatively long play sessions and absence of an engaging multiplayer mode disincentivised players to spend on micro-transactions. EA focuses on building a portfolio of strong IP and isn’t afraid to spend in order to obtain the licenses. I respect that. However, digital monetization is clearly its Achilles heel.”

When EA bought Respawn, many stories described EA as the great ax killer, acquiring and then shutting down studios. But the record on acquisitions is not 100 percent negative. While some of the deals are unclear, a few have paid off, while others have been clear duds. Sometimes EA has gotten important footholds in new markets, like mobile, and other times it has acquired great teams, executives, and brands.

Here’s a look at the biggest deals and their outcomes, based on input from game industry experts. I also asked EA for comment, but I haven’t received any so far. 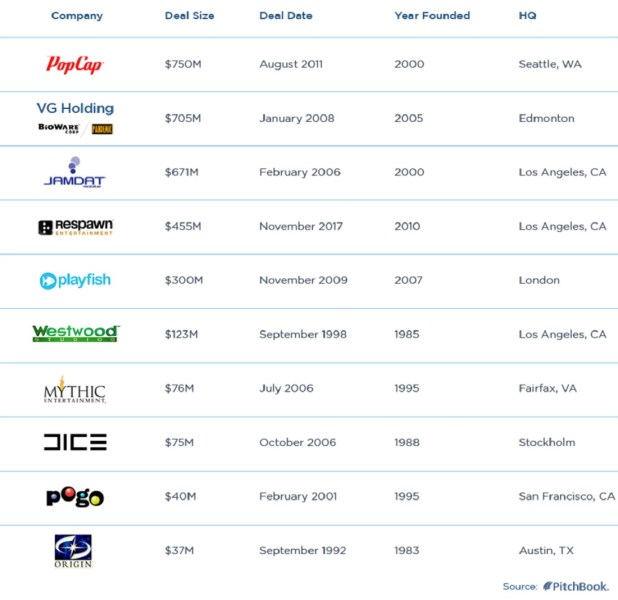 EA’s biggest acquisition was in 2011, when the Redwood City, California-based company bought the $750 million purchase of PopCap Games, the maker of casual titles ranging from Bejeweled to Plants vs Zombies. The deal could have cost EA as much as $1.3 billion, but the acquired company didn’t hit its financial targets. Considering that EA has steadily cut back the PopCap team and the original founders have left, it’s safe to say that this one hasn’t panned out. In fact, this acquisition has been described as the company’s worst failure, one that triggered the change in CEO that saw John Riccitiello’s departure and the appointment of current CEO Andrew Wilson. Under EA, PopCap has released titles such as Plants vs. Zombies 2 and Plants vs. Zombies: Heroes. The most successful game so far has been the Plants vs. Zombies: Garden Warfare, which used the PopCap intellectual property. Plants vs. Zombies is indeed a powerful brand, as is Bejeweled and other PopCap games like Peggle. EA picked up valuable team members in the Seattle market. Those brands and teams have yet to live up to that price tag. 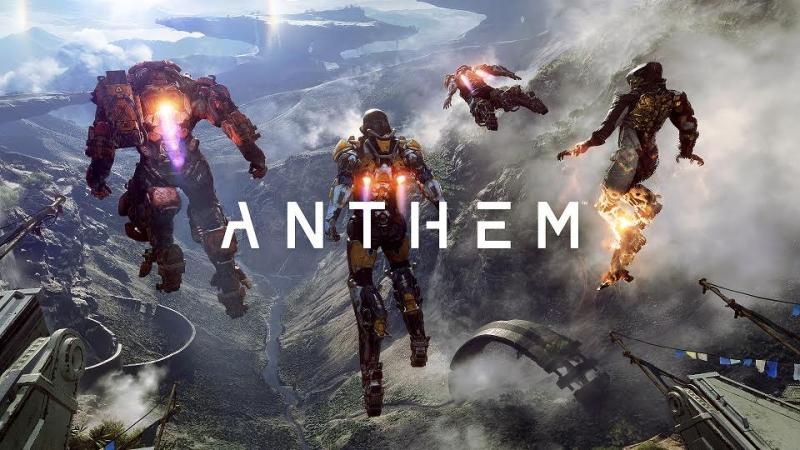 The second-largest acquisition was of VG Holding, also known as BioWare Pandemic for $705 million in 2008. EA shut down Pandemic, but it kept BioWare, which went on to make games such as the Mass Effect series, Star Wars: The Old Republic, and Dragon Age. Its founders have departed as well, but BioWare continues to produce some of EA’s biggest games, including the upcoming Anthem. Michael Pachter, analyst at Wedbush Securities, believes that the deal paid off. 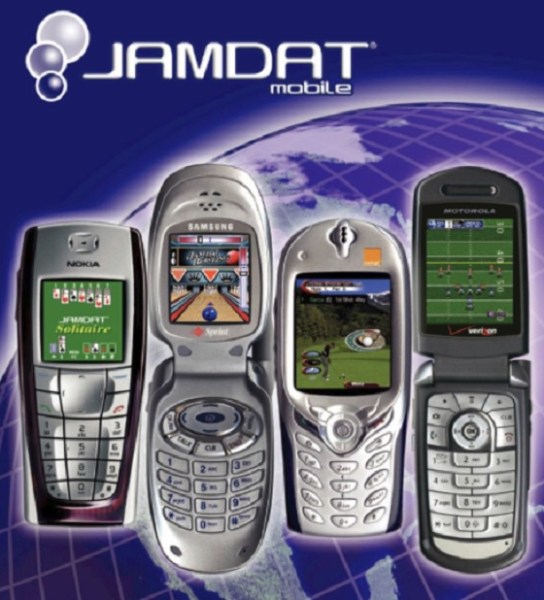 Above: Jamdat Mobile was one of EA’s biggest acquisitions.

The third-largest deal was the $671 million acquisition of Jamdat Mobile in 2006. Jamdat got EA into mobile games, which has turned into a $50 billion industry. But it came just ahead of the launch of the iPhone, which completely changed the kind of mobile games that we played. The financials aren’t well known, but EA had to go through big changes as it adapted its huge portfolio of older games to the kind that ultimately became popular on mobile devices. EA Mobile remains a big player, and that has been immensely valuable to EA, which now has huge mobile game businesses with FIFA, Madden, and Star Wars. But by no means does it dominate that sector. This may have been a wise deal to move into mobile, but the timing was bad. EA overpaid for games that would be obsolete quickly. This is very hard to look at in a dollar amount and whether it was really worth it or not. 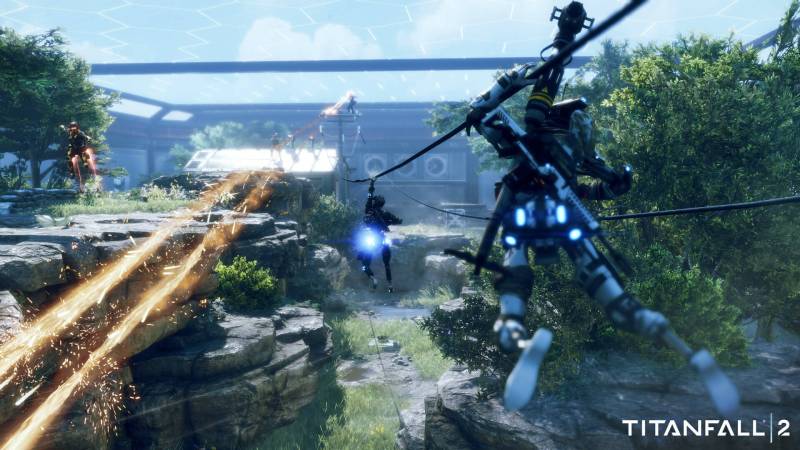 The Respawn deal at $455 million in November 2017 is too new to determine. But EA clearly moved in to exercise its right of first refusal when rival Nexon made a bid to purchase Respawn, which is run by Call of Duty cofounder Vince Zampella and has made two Titanfall first-person shooter games. If Titanfall and other games that Respawn is making turn into hits like Call of Duty did, then of course it will turn out to be a bargain price. 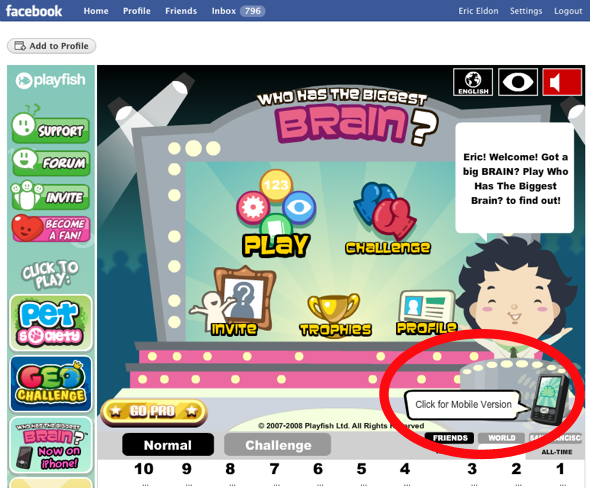 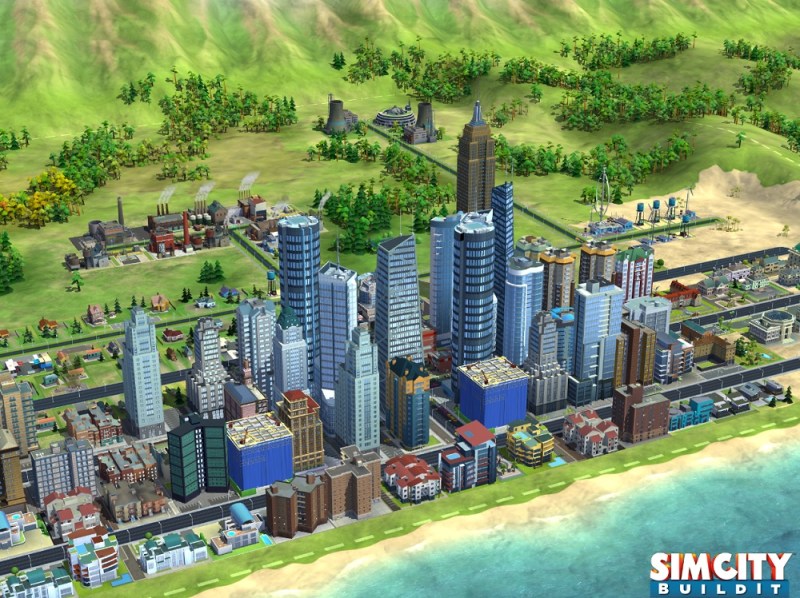 Above: SimCity BuildIt in action for mobile.

Missing from the Pitchbook list is the June 1997 acquisition of Maxis, which EA bought for $125 million. The studio made games such as SimCity and The Sims, but EA shut the main Maxis studio in Emeryville, California, in 2015. The deal clearly paid off for EA, as it brought Will Wright to EA and it led to billions of dollars in revenues from The Sims. Other Maxis locations continue to work on new content for The Sims 4, but there’s a sense that the Maxis properties are no longer worth what they once were. Of course, The Sims 4 continues to do well three years after it launched, and it’s a great brand. 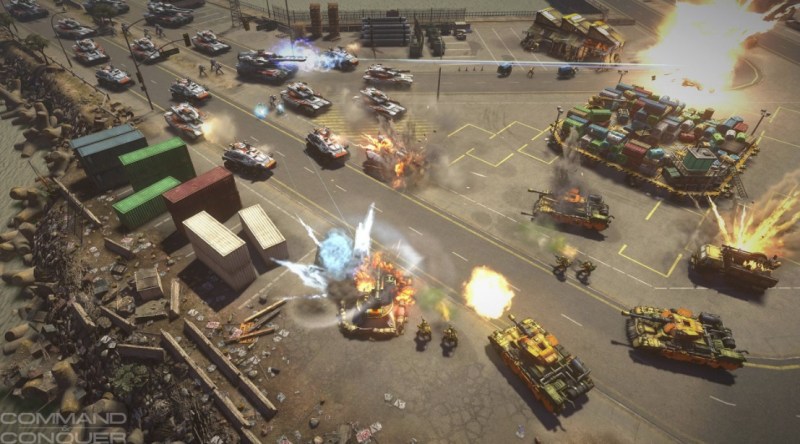 One of EA’s big early acquisitions was its purchase of Las Vegas-based Westwood Studios in 1998 for $123 million. Westwood pioneered real-time strategy games such as Dune 2 and Command & Conquer. Founded by Brett Sperry and Louis Castle, Westwood had merged with Virgin Games. Under EA, Westwood’s final games included Command & Conquer: Renegade and Earth & Beyond. EA closed Westwood in 2003. C&C might still be a valuable brand, but EA hasn’t exploited it lately. 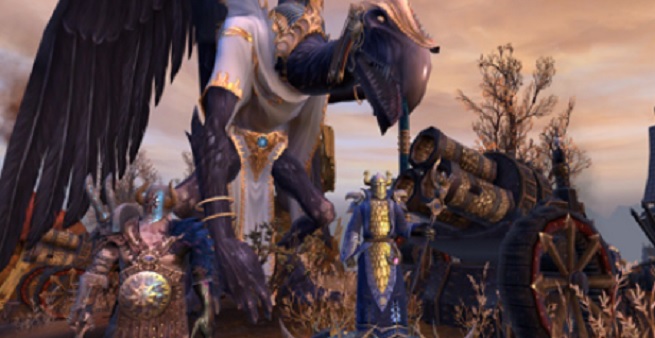 EA also paid $76 million in 2006 for the acquisition of Mythic Entertainment for an estimated $75 million, according to Pitchbook. I’ve heard that the number is actually closer to $90 million. Mythic was one of the early makers of massively multiplayer online role-playing games (MMORPGs), with titles such as The Dark Age of Camelot and Warhammer Online: Age of Reckoning. The experts believe the deal may have been a breakeven one in terms of pay off. But EA shut Mythic in 2014, as it was a victim of the success of rival World of Warcraft. 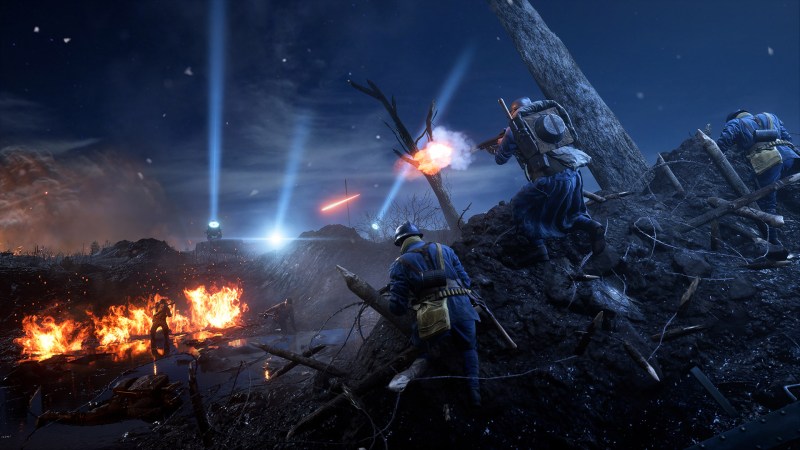 Above: Neville Nights map in Battlefield 1.

Perhaps the best acquisition that EA made was its 2006 purchase of DICE in Sweden for $75 million. The Stockholm company developed the Frostbite engine, which runs all of EA’s major games (even Madden NFL). And it also developed titles such as Star Wars: Battlefront and the Battlefield series. Not every game has been a big hit, but given the low price of the acquisition, EA has made a significant return on the investment, with both Battlefront and Battlefield selling billions of dollars worth of games over the years. DICE game developer Patrick Soderlund now runs EA’s worldwide studios. 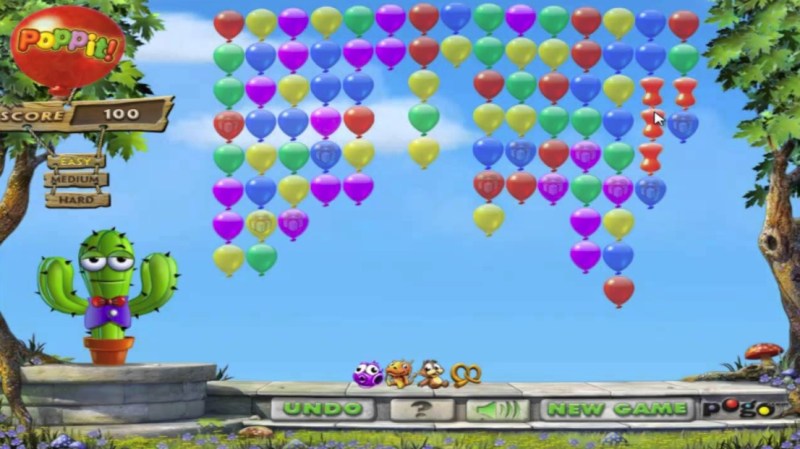 Above: Pogo’s big game was Poppit.

EA bought Pogo, a maker of casual games, for $40 million in 2001. Pogo made games such as Poppit, a puzzle game that gave players prizes, and Buckaroo Blackjack. EA still owns Pogo, and it is alive as a web service with engaged players today. It’s not clear if this one paid off, but it was a relatively small amount of money. 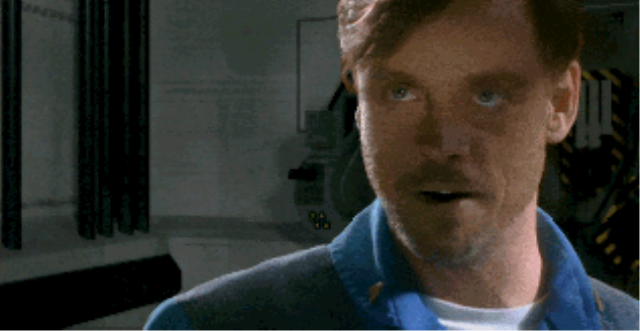 Above: Mark Hamill as Christopher Blair in Wing Commander III.

EA also bought Origin Systems for $37 million in 1992. Richard and Robert Garriott started the company in 1993, and they went on to create games such as the latter games in the Ultima series and Wing Commander. Origin built pioneering games such as Ultima Online, which surprised many executives when it blew past estimates for the MMO game. But Richard Garriott was pushed out and EA shut Origin in 2004. Richard Garriott gave an extensive description of how that deal turned out in his book. For a time, this acquisition definitely paid off with new Ultima and Wing Commander titles. But EA hasn’t done much with either the Ultima or the Wing Commander brands lately. Laura Miele, head of publishing at EA today, came from Westwood. 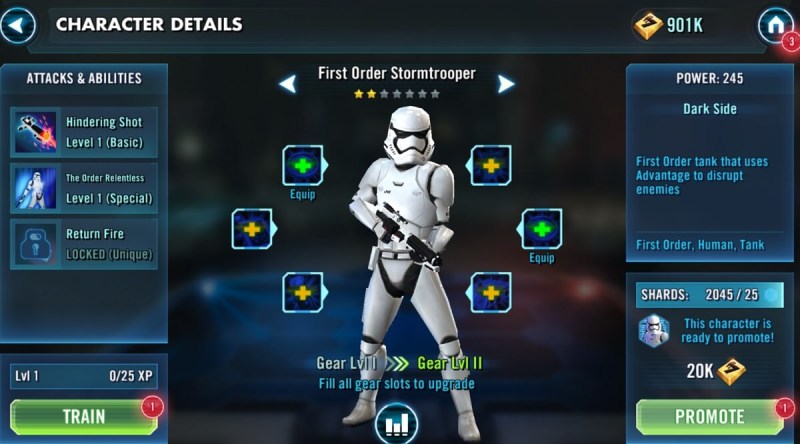 Above: Star Wars: Galaxy of Heroes

One of the deals that didn’t make the top 10 was the estimated sub-$15 million acquisition of KlickNation in November 2011. One of the titles that came from that team is Star Wars: Galaxy of Heroes, which is estimated to be generated $100 million in revenues per year. That title is EA’s flagship mobile game, and the deal clearly continues to pay off big time for EA. 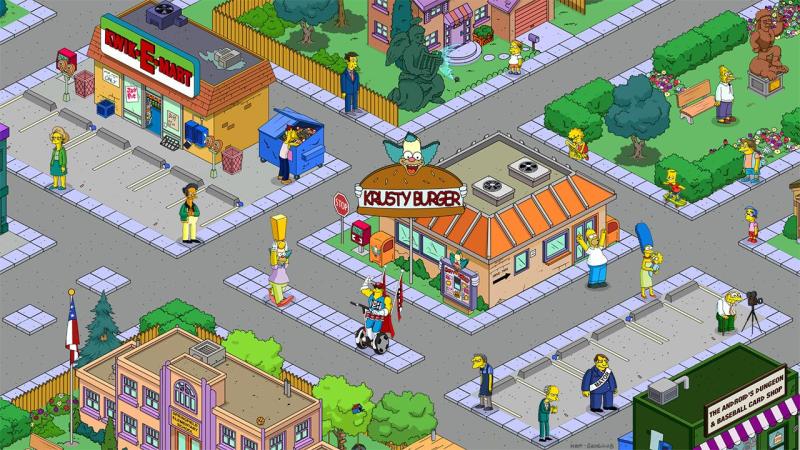 Another deal not listed in the top 10 include EA’s sub-$15 million purchase of Bight Games in August 2011. The team worked on The Simpsons Tapped Out . The Bight deal goes hand in hand with the estimated $15 million acquisition of Other Ocean PEI in April 2013. Both teams contributed to The Simpsons Tapped Out, which paid for itself many times over with more than $300 million in revenues to date.