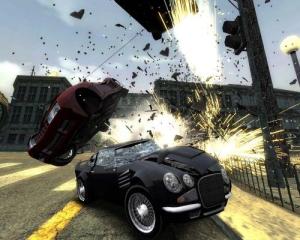 Hurting from poor sales of its holiday line-up, Electronic Arts said today it would nearly double the number of layoffs from 500 to 1,000 employees.

The Redwood City, Calif.-based game publisher said it would close nine game studios and publishing operations and also pare back its game titles.

Most of the layoffs will occur by March 31, 2009. The company hopes to save $120 million a year. The cutbacks amount to about 10 percent of the company’s 10,000-person work force. In October, EA targeted about half the number of jobs for layoff.

The company confirmed that it would shut down its Black Box game studio in Vancouver, Canada, and move the teams to its studio in Burnaby, British Columbia. At the same time, EA said it would continue to invest in new games, including mobile games and online games.

The company will take a restructuring charge of $55 million to $65 million over the next several quarters. It remains to be seen how Wall Street will react to the changes. The company bulked up in the past few years as it shifted its focus to higher-quality games based on original content, rather than content licensed from movies. But it faces tough competition and its new original titles didn’t do as well as hoped during the current holiday season. One of the bigger disappointments was Spore, which has sold millions of units but hasn’t lived up to its hype.

EA’s stock has been weak for months, but after the company announced its holiday sales were slow, a number of analysts said they had lost confidence in EA’s management. EA’s stock closed at $17.39 a share today, up 63 cents, and it is up 1 cent in after-hours trading.