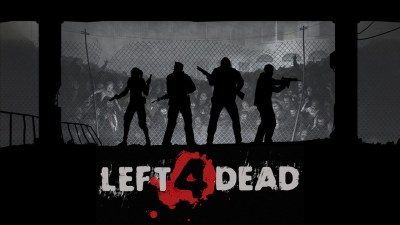 Electronics Arts said in its earnings call today that it had a wider loss than expected in its third fiscal quarter ended Dec. 31 and it will lay off more people than it planned.

Redwood City, Calif.-based EA will now lay off 1,100, or 11 percent of its 10,000 employees, rather than the 1,000 in previously said in December. It will close 12 offices, compared to nine previously announced.

With the new cuts, EA expects to chop $500 million in costs from its 2010 fiscal year. The company reported a net loss of $641 million for the third fiscal quarter ended Dec. 31, compared to a net loss of $33 million for the same period the previous year. The company took a $368 million charge related to the value of its wireless games business, which it acquired from Jamdat Mobile in 2005 for $680 million. EA also took a charge of $244 million related to deferred tax assets.

Excluding charges related to stock options and other items, EA would have earned $179 million, or 56 cents a share, for the recent period. Revenue rose 10 percent to $1.65 billion. One of the big titles for the December quarter was Left4Dead, developed by Valve and published by EA. Other big titles were DeadSpace, Mirror’s Edge, Need for Speed Undercover, Littlest Pet Shop, sports games, as well as its Rock Band titles. The FIFA 09 soccer game sold more than 7.8 million units in 2008.

John Riccitiello, chief executive, tried to paint a positive picture of the situation in a conference call with analysts. He said, “We’ve made the hard calls. Now it’s all about execution.” Riccitiello said EA had now hit the reset on its cost structure.

While EA is now smaller than Activision Blizzard, it’s still an industry powerhouse with $2 billion in cash. Ricitiello said he could not feel stronger about the upcoming games. Those include a new fitness-oriented tennis game for the Nintendo Wii in the coming months. Also coming soon are new versions of the company’s Fight Night boxing title, Need for Speed racing, Godfather, and Harry Potter franchises. EA said it has about 20 percent of the U.S. game market, based on NPD market research, making it No. 1 here. It has about 16 percent of the European market, putting it at No. 2 behind Nintendo.

The company delayed the launch of The Sims 3 until June 2 (The Sims 3 is part of the Sims people simulation game franchise that has sold more than 100 million units). It has also set back the release of Dragon Age, a new online fantasy game from EA’s BioWare division, from the first half of the year until the second half of the year. Massively multiplayer online games such as Dragon Age are risky. NCSoft recently shut its Tabula Rasa sci-fi game after tens of millions of dollars of investment. Warhammer Online closed the quarter with 300,000 paying subscribers, significantly below its peak numbers and far behind market leader World of Warcraft.

By year end, EA will publish games from its Battlefield Bad Company, Mass Effect 2 from BioWare on multiple game platforms, and new Dante’s Inferno properties. It will also publish a new Beatles music game in the coming year. EA lowered its guidance for the current fourth quarter in part because of the title delays and the strong dollar.

Riccitiello said that the company is focused on innovation and quality. The company is making progress in some interesting parts of the market. It reported $313 million in revenues, up 27 percent, for its direct-to-consumer digital distribution businesses. Its wireless business reported $50 million in revenue and Pogo.com has 1.7 million paying subscribers for EA’s casual online game business.

But it remains to be seen if consumers will embrace the company’s titles. Some big titles such as Spore and DeadSpace have been disappointments, and gamers aren’t as crazy about established franchises and movie games — which used to be EA’s primary focus — as they used to be.

About 13 of EA’s titles were rated 80 or above on Metacritic, which aggregates review scores. While Riccitiello is on the right path to focusing on original, high-quality games, the transition from the old EA to the new EA has been a tough one.