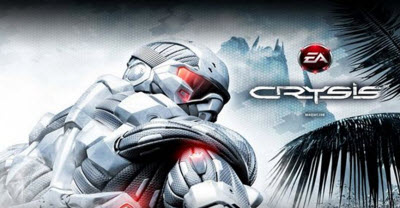 EA’s fiscal fourth-quarter earnings rose five-fold as the company’s revenues grew 11 percent. EA is one of the most closely watched companies in traditional video games and is one of the biggest players. It is also leading the charge into online and mobile games that engage gamers anytime, anywhere. So everybody is watching the company to see how it adapts.

“I’m happy to report another strong quarter to finish a strong fiscal year,” said John Riccitiello, chief executive of EA, in a conference call with analysts. “We are particularly proud of the growth and scale of our digital game business.”

The Redwood City, Calif.-based company has struggled in the past few years as the game industry growth slowed and EA adjusted to a slowdown in sales for many of the games that used to be cash cows for the company, from movie games to music games.

But EA has begun to hold its own. It has begun to produce more high-quality games (EA said that 15 games during the fiscal year were rated 80 out 100 or above, based on aggregate review ratings collected by Metacritic), made alliances with some of the key developers in the industry, and expanded aggressively into fast-growing parts of the industry. EA executive Frank Gibeau said 100 percent of its internally produced games came out on time, a big departure from past years.

Riccitiello said that the coming year will be challenging because the FIFA soccer game, which sold 12 million units in the past year, will not have the advantage of piggybacking on a World Cup tournament this year. EA has also delayed its NBA Elite game and is somewhat concerned about the possibility of a lockout for the NFL season this year. That could have a collective impact of $250 million in revenue in the new fiscal year. Despite that “head wind,” Riccitiello said EA’s outlook is strong.

Riccitiello said he does not know if there will be a lockout with the NFL, but he said EA is prudently planning for revenue from Madden to slip a third in the coming year, or $95 million lower revenues than the previous year. That’s a worst case scenario.

The company also forecast full-year adjusted earnings per share of between 70 cents and 90 cents on adjusted revenue of between $3.75 billion and $3.95 billion. Analysts had previously been expecting 85 cents a share on revenue of $3.94 billion, according to Thomson Reuters. EA shares are down around 6 percent in after-hours trading, presumably because the full year outlook is not as high as analysts had thought, for the most part.

During the fiscal year, the soccer game was the biggest seller. Also, titles that sold more than 5 million units in the year included Madden NFL 2010, Medal of Honor, Battlefield Bad Company 2 (7 million units) and Need for Speed Hot Pursuit.

As noted, Mass Effect 3 has been delayed from the fall of 2011 to the spring of 2012. EA said that Dead Space 2 sold 40 percent more units than the original Dead Space.

Worth noting: EA’s No. 2 executive, John Schappert, left the company recently and is expected to join Zynga, EA’s arch rival in social games. Zynga has not yet announced that Schappert has joined its team.

Riccitiello said the company is diversified across a bunch of game franchises that produce recurring hits. One example is Dead Space. EA sold more than a million units of that game in its first launch of the original title. On the second title, EA sold 40 percent more units, making it a big success. Riccitiello said that one thing EA can do that no one else does is take that franchise and publish it across a large number of other platforms, from iPhone to tablet computers.

Big games coming soon from EA include Need for Speed: The Run, Battlefield 3, Harry Potter and the Deathly Hallows Part 2, and Star Wars the Old Republic.

There are more than 1 million people who have volunteered to play the Star Wars game in its beta test. Gibeau said, “we are confident we have the right game,” since customer feedback in the beta test is coming in strong and most people say they will buy the game whenever it releases. EA does not yet have a release date for the game.

As for the impact from the outage of the PlayStation Network, chief financial officer Eric Brown said there will be a “modest impact” on sales in the fiscal first quarter.

A few years ago, EA had 75 games coming out each year. In fiscal 2012, after culling the herd to focus on quality, EA will have 22 games. At any given time, two or three original games are in the works.