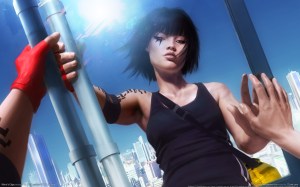 Electronic Arts stock has fallen 15 percent this morning after the company warned yesterday that holiday sales were falling short of its goals. The question is, does this mean the game industry as a whole is starting to feel the effects of the recession or is it just EA’s latest games aren’t selling.

The second-largest video game publisher said in a call yesterday that it plans further job cuts and other cost reductions because of the shortfall. John Riccitiello, chief executive, said that the company would not cut back in sports, meaning the cuts will be divided between hardcore and casual games.

The odds are pretty strong that this is EA’s problem, but weaker publishers are likely going to see the same kinds of problems that EA is this season. We should find out more as NPD market research numbers for November come out tomorrow. If you don’t have a hit, you’re likely going to get hit hard by the recession. EA has a lot of hits, but apparently not enough.

EA blamed the problem on a market that has begun to tighten and focus on just the top 10 titles. And EA doesn’t have enough titles in that bunch, despite a number of high-profile launches of original games this season. The company made some very big bets on titles such as Deadspace, Mirror’s Edge, and Spore — all titles where there was no existing franchise to hook repeat gamers. It has also seen a “shift to online game play and online monetization” across the globe but doesn’t have enough of a presence in these emerging areas.

Riccitiello said the company is moving into the online market and that the upcoming Star Wars massively multiplayer online game, The Old Republic by Bioware, will be a micro-transaction based title, where players will likely pay for digital goods in the game.

EA said that it will not be able to hit its fiscal year guidance of $5 billion to $5.3 billion in revenues for the year ended March 31, 2009, and earnings per share of $1 to $1.40 a share. It will be significantly below the low-end of the revenue range. This comes after EA lowered its guidance last quarter because of currency effects, the delay of the Saboteur game, and a delay in a new Harry Potter game (because the movie tied to it was also delayed).

EA will be producing fewer games in the fiscal year that ends March 2010 and will cut its headcount more than the previously announced 6 percent, or 500 jobs. Michael Pachter, an analyst at Wedbush Morgan, cut his estimates to $4.7 billion for the fiscal year from $5.2 billion, and earnings per share to 75 cents from $1.40.

“After 20 months of believing that the EA turnaround was just around the corner, our patience and confidence has eroded,” Pachter wrote. “Just when investors began to believe that things couldn’t get
worse, they did, and we believe that investors remain skeptical that management is on the right track.”

He noted that the stock is near a seven-year low. Pachter said he doesn’t believe EA will hit is fiscal 2011 goals of $6 billion in revenue and $1.5 billion in operating profit. EA set the goals 10 months ago. Even so, Pachter only lowered his rating from a strong buy to a buy today.