Elo Entertainment has launched TrackLoL, a new website that provides competitive performance data and analysis for world’s most popular esport, League of Legends.

The Austin, Texas-based Elo Entertainment collects data on online video games such as Riot Games’ League of Legends, which has a huge audience that can benefit from TrackLol’s advanced statistics, live-match experience, and engaging prediction leaderboards, said Elo CEO Sabina Hemmi in an interview with GamesBeat.

Elo’s site includes a proprietary rating system for ranking teams in each competitive region, live win probabilities that adjust as a match progresses, and a prediction leaderboard that allows fans to compete against each other. It uses machine learning for some of this.

“Data in esports is a talking point,” Hemmi said. “It’s there to start conversations with your friends and to contribute to the fan experience of having a rich and deep experience with esports.”

Curated statistics will provide insight at the player, team, and regional levels. Fans can better understand who the strongest players and teams are, Hemmi said. She said that her team’s stats are something no one else is providing in League of Legends esports.

“When I started this company, what we did was controversial, and it was seen as a form of journalism, because game developers were uncomfortable with us figuring out statistically what strategies were more or less successful for players,” Hemmi said. “They were stuck in this old mindset that players should slowly discover the best strategy. Now it’s become standard to have statistical support.”

Sometimes the data points to anomalies. An unusual boost in stats uncovered a bug in Dota 2. Players don’t always get access to this data, but developers often have the data.

The launch of TrackLoL is the second major product release of the year for Elo. It was preceded by the launch of the Dotabuff App, the company’s first desktop app. Elo aims to offer more products and services across multiple competitive video gaming titles. 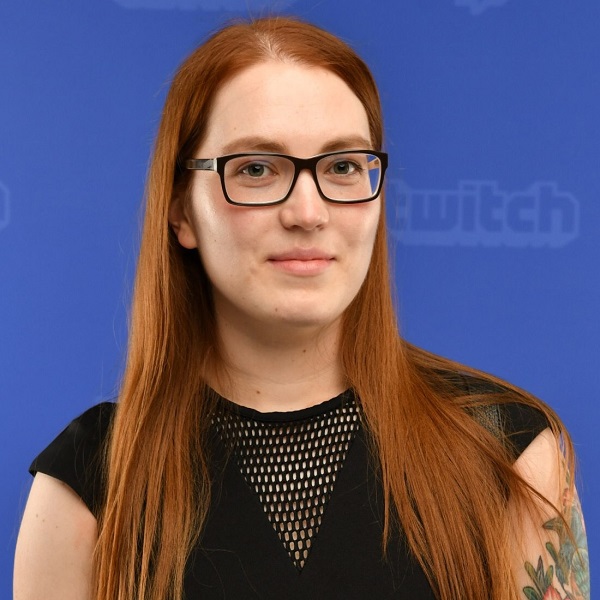 Hemmi founded the company in early 2012. She had founded it was a couple of friends who had backgrounds in the Counter-Strike scene. Cofounders Jason Coene (chief technology officer) and Trevor Schmidt (chief operating officer) are both still with the company. They had previously started Gotfrag and sold it to Major League Gaming in 2007. Now it’s part of Activision Blizzard.

“I had this weird point in my life, where I quit my job, I moved to another state, I broke up with a person who I was seeing romantically at the time, I quit playing World of Warcraft, and I had this huge hole in my life,” Hemmi said. “I need to go look for a job. And instead, I ended up starting this company with two other people. I had met one of them through playing World of Warcraft, we had a top guild that was like top three in the world, and we had identified that players who were really good at games.”

Hemmi was tracking the good players. The data that came back to them told them that League of Legends was going to be a huge game. And so they started tracking stats for LoL. Then the company expanded to Valve’s Dota game stats and Blizzard’s Overwatch. It turns out that fans love to know stats about esports stars and how the stats show how skillful they are. As an example, StarCraft esports stars are the best at doing actions per minute in a game, as they are masters of multitasking.

The company raised some money in March 2018 from Eldridge (amount undisclosed) and it has 18 employees. In August, 2020, Elo acquired Speedrun.com to cash in on the speedrunning phenomenon, where players try to complete a game as fast as possible. Hemmi expects to raise a new round in 2021.

“We’re really excited about speed running, as we view it like esports adjacent,” Hemmi said. “Just surfacing the fastest times for people beating games reveals so much information. You see the optimal strategies that everybody uses.” 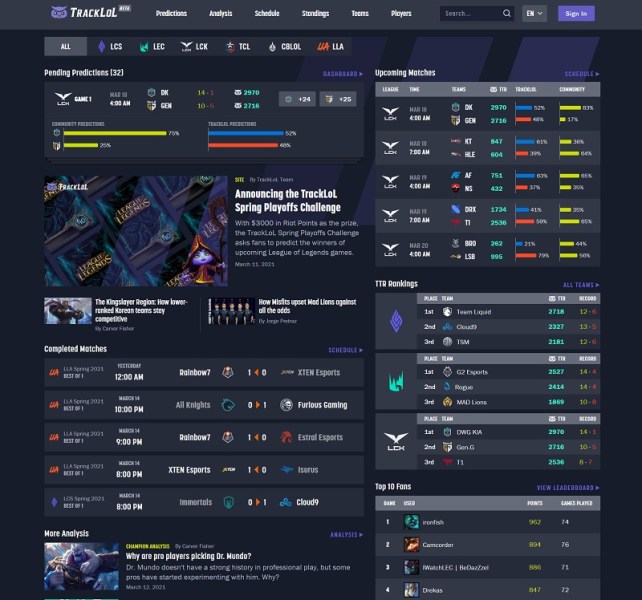 Now the company has developed stats that spectators, esports players, and gamblers like. The latter like the predictive modeling that Elo does to predict who will win a match, based on early results. League of Legends is still the best sport to track and analyze, Hemmi said. She was surprised that commentators would talk about which teams were stronger, but not have the data to back that up.

“When you look at every single other sport out there, there’s a lot of statistical rankings of players and proprietary stats that get developed around the sport,” Hemmi said. “That determines how people value players and how people analyze the sport. One of the things we did was work with algorithm and data science team that had more experience with traditional sports. They developed a proprietary rating model.”

Now Elo can rate different teams and how they would rank against each other. The goal is to be a companion for normal players to understand their play and track their progress, Hemmi said. League of Legends has more than 150 champions, and the average player can’t get to know every one of them. Players need to know which champions are the ones they should use. The company can charge subscriptions for information like that.

Ultimately, stats are good for bragging rights. For Dota 2, Elo keeps pages for things like the longest game of all time.

“People love that stuff,” Hemmi said. “It’s endless what we can do with data in games. I will never run out of work.”