A lot of gamers have been updating their home theater setup this year with the arrival of the new gaming consoles, PlayStation 5 and Xbox Series X/S. And while I imagine many prioritized picking up a good screen, audio can be just as important to an immersive gaming experience.

I’ve never had a great home theater audio setup, so I was intrigued when Enclave offered to send me its CineHome Pro. This is a wireless surround sound that costs $1,500. That can be a steep price, especially during these stressful pandemic times. But if you’re looking for an excellent audio experience at home that is easy to install, the CineHome Pro is something special.

The CineHome Pro comes with a central soundbar and four tower speakers that you place around your room. You also have a 10-inch subwoofer for those rumbling bass sounds. Each piece can connect to the system’s hub device wirelessly. You just need to connect each speaker into an electrical outlet.

In the past, trying to run wires behind couches or through ceilings turned me off of the whole home theater idea. The CineHome Pro is easy to install and doesn’t clutter your living room with ugly wires. The boxes even look nice. The speakers and subwoofers are sleek and sharp, but they don’t stand out. They almost disappear into your room.

Enclave also has its a phone app that helps with installation. You can also use it to customize your audio. At first, I thought that my subwoofer was a bit on the weak side. After a small adjustment, I was beginning to feel some satisfying rumbles. 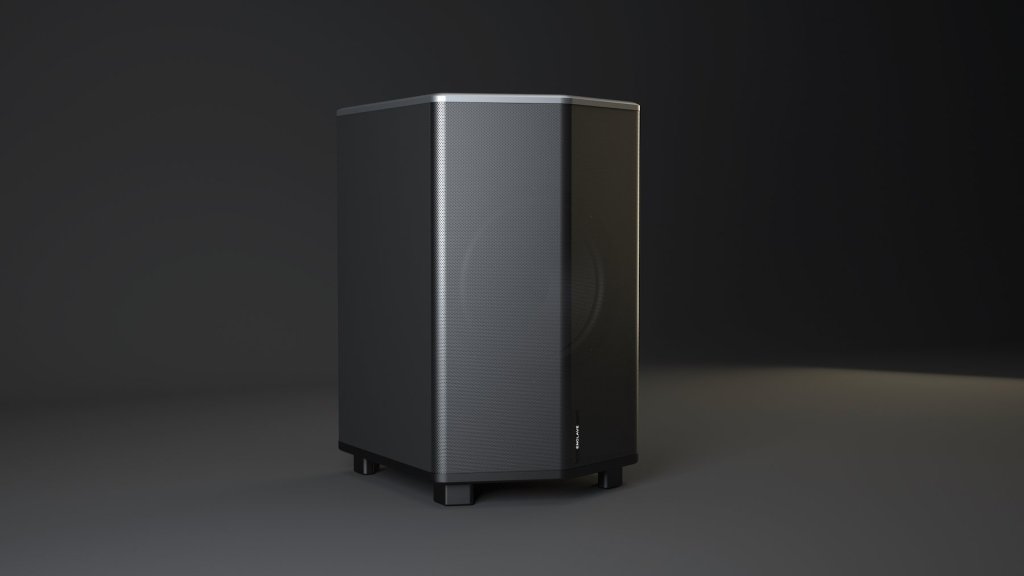 Above: The CineHome Pro subwoofer.

Once installed, I was anxious to hear how some of my favorite games sound with my new system. I booted up Hitman 2 on the Xbox One X first (this was before the launch of the Xbox Series X). Hitman 2 is a stealth game. It’s important to hear people from every angle. It made for a fantastic test drive. I was able to hear conversations from nonplayer characters that were behind my character, out of the frame of the camera, but sounded like they were right behind my couch.

3D audio is so important for games like Hitman 2. When I’m playing on my computer, I’m fine with just putting some headphones on. When I’m gaming on a console, however, I want to be as comfortable as possible. I’m going to slouch and spread out. I don’t want to wear any contraptions on my head. So having surround sound audio in my living room like this makes my console experience a lot more cozy.

Of course, the setup sounds great on other games and movies too. I am admittedly a games writer, so I’m not as well equipped as some to give you in-depth criticism of audio, or to even tell you the difference between Dolby Digital Plus or Dolby Pro Logic II. But the surround sound and booming bass sure do make epic scenes like the final battle in Avengers: Endgame feel even more epic.

Still, at a whole $500 less, it may be the more sensible option for many. If I was paying for one myself out of pocket, I know that I’d probably have an easier time justifying the CineHome II. But there’s no denying that the CineHome Pro is an awesome surround sound experience. If you really do the means and desire to splurge for an attractive, high quality, and easy-to-install audio setup for your living room, the CineHome Pro won’t disappoint you.

I’ve been with my CineHome Pro for a couple of months now. I’ve been using it the entire time I’ve been playing on my new PlayStation 5 and Xbox Series X. It’s helped make my living room gaming experience feel even more next-gen.

More important, it has helped make it comfortable.