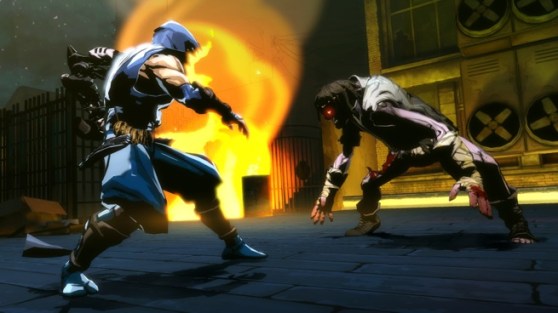 At first glance, Tecmo Koei’s Yaiba: Ninja Gaiden Z might appear like your typical ninja game. You got your badass antihero, slash-happy moveset, and tons of enemies to eviscerate. But as I played the current-gen action title at the 2013 Electronic Entertainment Expo (E3), its quirky charisma grabbed my attention.

NGZ, coming in 2014, is a significant departure for the Ninja Gaiden franchise in every sense. You now control the titular, cybernetically enhanced Yaiba instead of the iconic hero Ryu Hayabusa. Zombies have replaced the demonic fodder of yesteryear. And all the action looks like it came straight from your favorite graphic novel. This is Ninja Gaiden, but in many ways, it is something quite different. 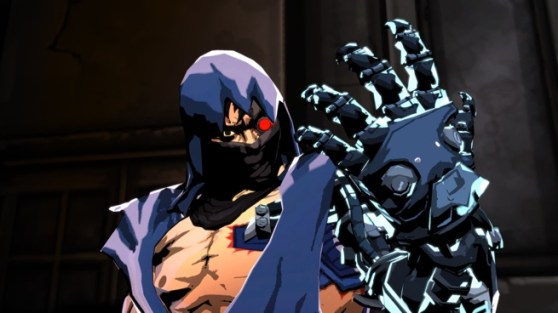 The project is a collaboration among series stewards Team Ninja, newcomer Comcept, and Western developer Spark Unlimited. In addition to sampling Yaiba’s gameplay, I sat down with the iconic minds behind the pulpy romp, executive producers Keiji Inafune and Yosuke Hayashi.

I asked Inafune, famous for his work on the zombie-infested Resident Evil and Dead Rising sagas, about Yaiba’s undead menace. Localization producer Peter Garza translated, “The zombies came about from when … [Inafune] was at Capcom. He likes zombies. He likes ninjas. … So he started thinking, what if we put all of those together and make something really fun?” Garza continued, “So [Inafune] thought he could team up with Team Ninja who … have experience with ninja games themselves and hopefully come up with that mix together.”

Nowadays, zombies elicit more groans than glee from players, but I had a lot of fun chopping up the lumbering hostiles with NGZ’s lethal arsenal. You can even repurpose body parts from the once-again-dead undead as weapons. I fashioned a pair of necro-nunchaku out of some conveniently hacked-off limbs, which were quite effective against an oncoming horde of walking corpses. The dev team kept quiet on the backstory behind the ghoulish enemies, but I did hear something about a biological-weapon program gone wrong in some far off country, leading to the outbreak. 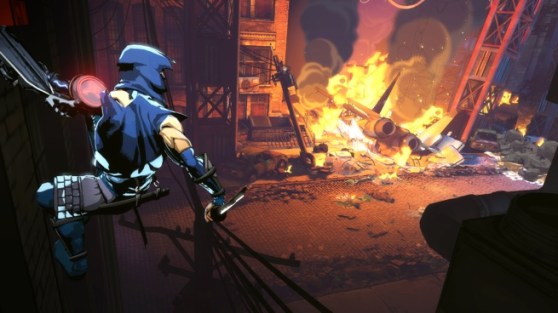 What surprised me the most, however, was the title’s humor. Little lighthearted bits played off the blood and gore, adding an interesting dynamic to my play session. The ninja-come-lately Yaiba character is a lot more emotional and unhinged compared to the strictly business Hayabusa. And this opens things up for some unexpected moments in the narrative.

“I feel that zombies always need humor. You look at not just zombie games but zombie films as well — Zombieland, Shaun of the Dead. Zombies need some sort of humorous aspect to go along with them,” Inafune said.

At one point in the demo, I came across a city alley that contained an undead straggler and a steamroller. The action then prompted me to throw the walker into the vehicle, which I did. Shortly after, the zombie proceeded to turn the machine on and move toward the path of a foot-dragging ally. Suddenly, the driver experienced a miraculous moment of consciousness, clumsily motioning for his freakish friend to get out of the way, right before crushing him into the pavement.

Inafune explained the levity, “You need some sort of reward for cutting [zombies] down. … Some sort of joke payoff, to make it a fun game.”

For me, that big payoff happened when a truck blew up an adult-video store in the aforementioned infected city. The explosion sent countless pieces of lingerie into the air, causing a surreal scene with Yaiba looking up to the sky, arms outstretched, as a rainbow of thongs showered him from above. 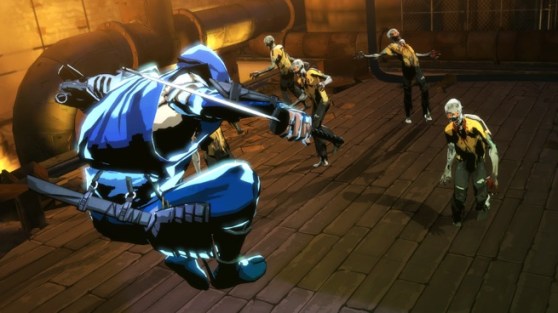 The reimagined visuals also follow the new vibe. Yaiba’s graphics have a hand-drawn aesthetic with aspects from both Japanese and American comic-book design. Scenes are dark, yet bright-red blood and hot-orange fire add color to the chaos.

All these ideas clearly come from NGZ’s collaborative genesis. The presentation, narrative, and gameplay feel like an Eastern and Western mish-mash. The result, from what I’ve seen so far, looks pretty exciting.

Team Ninja’s Hayashi sums it up well, “When we get the chance to work with an external team like Comcept or like Spark, it provides a lot of new … stimulus. … And it’s a really good learning experience for us — challenging in a good way.”