The deal will help the Toronto-based Enthusiast Gaming expand its media and content platform for video game and esports fans to connect and engage with each other, said Enthusiast CEO Adrian Montgomery in an interview with GamesBeat.

The acquisition delivers on Enthusiast Gaming’s buy-and-build growth strategy and expands the company into casual gaming to own more monthly active users and viewers within the key Gen Z and Millennial demographic.

“We’re super-excited about this deal and about bringing Bill and his team into the fold,” Montgomery said. “We’re trying to own the fan experience. And we’re trying to get as many deep relationships with as many gamers as we possibly can. From an economic standpoint, we’re building out a flywheel. So to have this company with this roster of titles, this developer talent, to be able to take these games and give them to our content creators and see what they can do to deepen the reach and make them more popular — I think it’s such a strategic fit for us to have access to this content and grow our loyal subscriber base and fan base to unlock new revenue streams.”

Addicting Games has been around for nearly 20 years as a pioneer in casual gaming. It has a library of games spanning action, sports, puzzles and more, with in-app purchases available on many titles. Addicting Games has followed a winding road but it has more than 10 million players a month playing its casual games, and that audience is pretty big in an age of bid-budget games.

Above: Bill Karamouzis is the CEO of Addicting Games.

Bill Karamouzis, the CEO and cofounder of Addicting Games, said in an interview that combining Enthusiast Gaming’s scale and expertise with his company’s properties and titles will increase engagement, drive new revenue opportunities, and provide the resources to develop new titles and fan experiences.

“We’re game developers. Everything we’re doing is around product and around the player. And that’s really what we focused on,” Karamouzis said. “For almost 20 years we’ve done a deep dive when it comes to the player experiences. We’ve never really excelled at user acquisition. It’s just not something that we wanted to focus on. Enthusiast Gaming brings so many eyeballs. They have partnerships with influencers and content creators. They have marketing relationships and partnerships with major advertisers. It’s a nice marriage of the two talents between between the two companies. And so for us, we’re, we’re excited to get our products in front of their audience.”

Enthusiast Gaming has properties that focus on gaming media, talent, esports and experiences. Addicting Games has 28 employees, and Enthusiast Gaming has a 200 or so, not including contractors and talent. Montgomery said the company will retain everyone and it is focusing on growth. 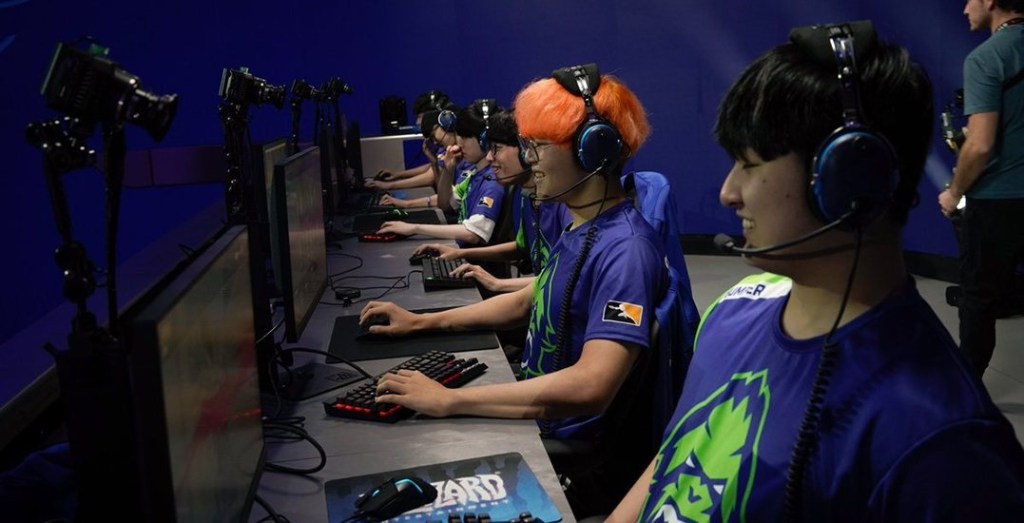 Above: The Vancouver Titans Overwatch team is part of Enthusiast Gaming’s Luminosity organization.

“In the big picture, this about incredible content and putting the power of content in the hands of an audience,” Montgomery said. “We think about casual gaming and how fast it’s growing. When we think about mobile gaming, and how fast it’s growing, and how fast it’s growing among Gen Z’s and Millennials, and even people who are older than that. These are all favorable trends that we can take advantage of. What we’re exciting about as we start to work together with Bill and his team is look at phenomenon like Among Us — a very simple game that rocketed to superstardom because gamers got behind it and started playing it each and every night. It became a phenomenon because it was embraced by the creator community. Everything we do is rooted in communities, in gaming fans. When you take that content and pair it with our esports assets and creator assets, we can do lots of innovative things.”