Remedy Entertainment announced it will make Alan Wake Remastered, a fully remastered version of the 2010 classic game about a writer whose haunting visions come true.

Published by Epic Games Publishing, Alan Wake Remastered will feature the complete Alan Wake experience – including the main game and two expansions, The Signal and The Writer – in newly rendered 4K visuals, as well as new commentary from creative director Sam Lake.

Alan Wake Remastered will launch in the fall of 2021, and it will be available on PC on the Epic Games Store and PlayStation and Xbox consoles.

With the original game having launched on Xbox 360 in 2010 and arriving on PC a few years later, this will be the first time ever that Alan Wake will be available to PlayStation players. For existing fans of the game, it’s an opportunity to experience the best version of Alan Wake yet.

I reviewed the game back in May 2010 when it debuted, and I called it a work of art. I’m so glad that we’re going to see it come out again with 4K visuals. It’s a game about a writer, and it’s well written. I interviewed Sam Lake about the writing process in 2019, and we had a very enjoyable conversation. I loved how Remedy’s Quantum Break and Control — two more recent games — made references to Alan Wake.

“We’ve always said that we’d want to revisit Alan Wake, but a lot of things have to fall in place for that. In 2019 we got the publishing rights back from Microsoft,” said Thomas Puha, a spokesman for Remedy Entertainment, in an email to GamesBeat. “In short, this just means we are in full control and ownership of the Alan Wake franchise and can do things like Alan Wake Remastered with Epic. Then, as Remedy has grown a lot over the past few years, we are in a better place to actually work on multiple projects, which we couldn’t really do before. There are a lot of things we want to work on, but timing is everything.” 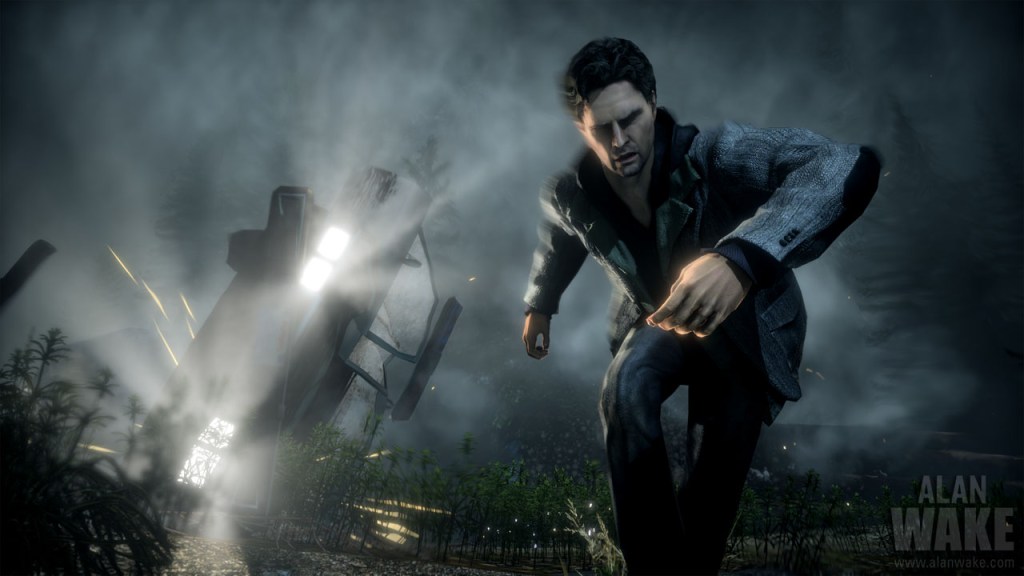 Let’s hope that Remedy isn’t done with Alan Wake’s other possibilities, like a real sequel, yet. For this reveal, Lake is announcing the game with an open letter on The Sudden Stop, a fan-run community website that’s been covering Alan Wake and Remedy since 2012.

Given the support Remedy receives from their players (including nearly a decade of dedication from The Sudden Stop), the studio wanted to shine the “flashlight” on the fans and give this announcement to one of their most passionate communities.

The original is a “cinematic action-thriller.” The troubled author Alan Wake embarks on a desperate search for his missing wife, Alice. Following her mysterious disappearance from the Pacific Northwest town of Bright Falls, he begins to discover pages of a horror story he has supposedly written, but has no memory of.

Wake is forced to question his sanity as, page by page, the horror story comes true before his eyes. A hostile supernatural presence is taking over everyone it finds, turning them against him.

He has no choice but to confront the forces of darkness with the beam of his flashlight, a handgun, and what remains of his shredded mind. His nightmare journey to find answers will take him into the terrifying depths of night.

The tense, episodic story is packed with unexpected twists, heart-stopping cliff hangers, and intense bursts of combat where it takes more than bullets to banish the darkness. The game’s cutscenes, quirky cast of characters, and majestic Pacific Northwest vistas have been enhanced for a visual impact that matches its unnerving atmosphere.

I remember, in the previews leading up to the launch of the original, a lighthouse played a key role where Wake was trapped. That scene never materialized in the way I expected it to. I wonder if Remedy will revisit things like that.

I hope they will.