Raleigh, N.C.-based Epic Games made the announcement on stage during the Oculus Connect keynote speech in San Jose, Calif. The title is meant to stoke the market for VR games, which are expected to see good growth in the coming years. Market researcher Juniper Research estimates that VR hardware will grow to $50 billion by 2021.

I saw a demo yesterday on the Oculus Rift with the new Oculus Touch Controllers. The game has a realistically rendered office, built with the visual power in Unreal Engine 4. In the office, you quickly learn how to move around. As with the Bullet Train demo from Epic last year, you don’t move around using analog sticks because of the risk of getting motion sickness. Instead, you teleport from spot to spot. The game is clearly a showpiece that illustrates the power of the 3D graphics produced with UE4. 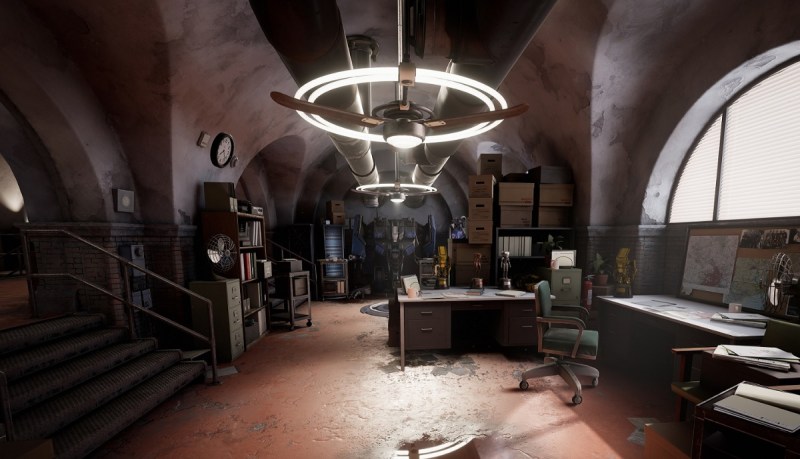 Once you have the hang of movement, you can then move into the street and learn how to shoot or grab robots and tear their limbs off. Then you have to go about shooting rogue robots that have to be recalled. A funny computerized narrator — akin to GLaDOS in Valve’s Portal games — adds some levity to the heavy-duty combat. The quality of the VR experience is one of the best I’ve seen. 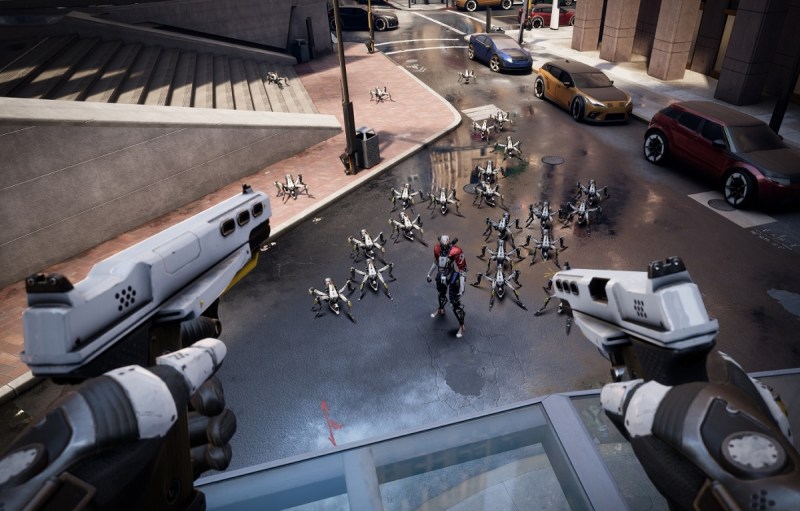 Above: You can go to high points to avoid the robots in Robo Recall.

Epic said it will make the game available for free on the Rift/Touch in early 2017. 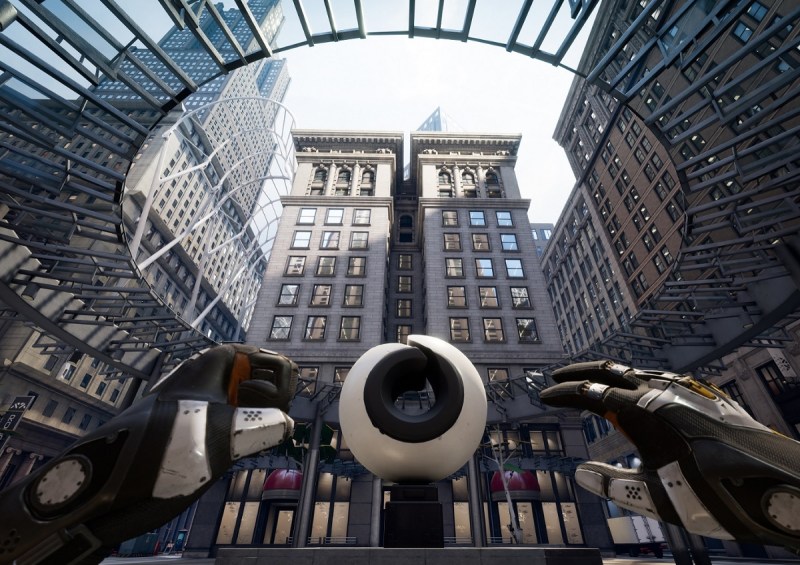