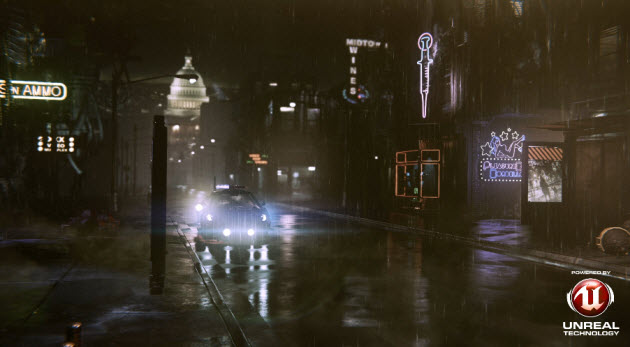 One of the best technology demos at the Game Developers Conference last week came from Epic Games, which created an incredible-looking futuristic fight scene that pushed the boundaries of 3D graphics. 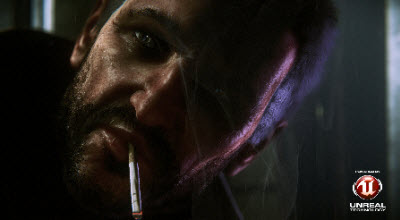 Nvidia executives also showed off the technology today at their analyst meeting (which we covered here) and we’ve captured video of it below. The 3D graphics represent a new peak in realism and give us a good idea of what Epic thinks the next generation of console games — whenever they come — should look like.

“This next-generation technology preview is what we would like to see from the next-generation of gaming hardware,” said Alan Willard of Epic Games, which is the well-known developer of games such as Unreal Tournament, Bulletstorm and Gears of War.

The scene depicted resembles the futuristic, gritty city in the film Blade Runner. You can see cool effects in the glowing blow torch, the smoke rising from the cigarette, the detailed facial hair and wrinkles, and the morphing of the man’s skin. The guy takes out a bunch of cops beating up an old woman. As he does so, the screen freezes to slow motion and you can see all of the details that would otherwise be a blur. 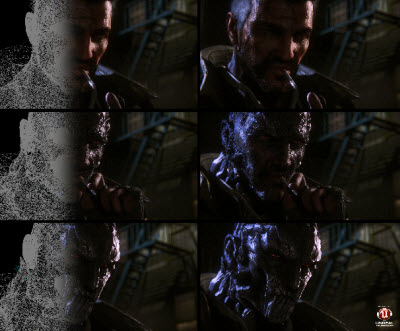 Willard said that one of the effects is called bouquet depth of field, where you see a bright spot that is out of focus and then it is replaced with another image. You can also see reflections on all surfaces, such as the water on the streets reflecting light from the street lamps. Those reflections do not show through objects that are blocking it from view.

When the light hits a human face, you can see an effect called sub-surface scattering, when light penetrates through the layers of skin and makes skin glow as the light bounces around inside the skin. You can see the water trickling down a man’s face. The man’s jacket tail sways and moves as he does, thanks to an Nvidia clothing rendering technology.

The demo ran on a PC with an Intel Core i9 microprocessor with three Nvidia GeForce 580 GTX graphics cards connected through SLI technology. The demo took about three months for 12 programmers and artists to build.

Epic Games’ vice president Mark Rein said the demo is considered ideal for next-generation console technology. But the three major console makers, Nintendo, Sony, and Microsoft haven’t yet acknowledged they’re building anything to replace the Nintendo Wii, Sony PlayStation 3, or the Microsoft Xbox 360. See the video below. I’ve also included the high-definition version published by IGN below that.

And check out our links to other stories from the GDC: Uncharted 3 Drake’s Deception preview; the GDC in pictures (photo gallery); Brenda Brathwaite’s rant against social game haters; Loot Drop’s take on social game development; the Battlefield 3 demo from Electronic Arts; and Spoon’s new cloud-gaming service.