Tim Sweeney, CEO of Epic Games, believes the future of gaming is coming faster than we think. But he’s also worried that industry giants will try too hard to own the platforms upon which those games are built, and that will lead to toll booths, a lack of open standards, and a loss of privacy.

During a talk at our recent GamesBeat Summit, Sweeney said that we’ll figure out how to create the Metaverse —  the concept of a virtual world where people digitally exist simultaneously with other people, as first envisioned by Neal Stephenson in 1992 — within the next several years. That world will immerse us in an alternate reality far more than today’s virtual reality.

Key to the realism will be “digital humans,” or artificial representations of people that will seem like the real thing, thanks to high-end graphics and artificial intelligence.

“You’re seeing the beginning components of the Metaverse coming together now,” he said.

The big thing we are lacking now, he said, are the “deep inputs” that come from inward and outward-looking cameras that can capture our facial expressions as well as the environment around us. 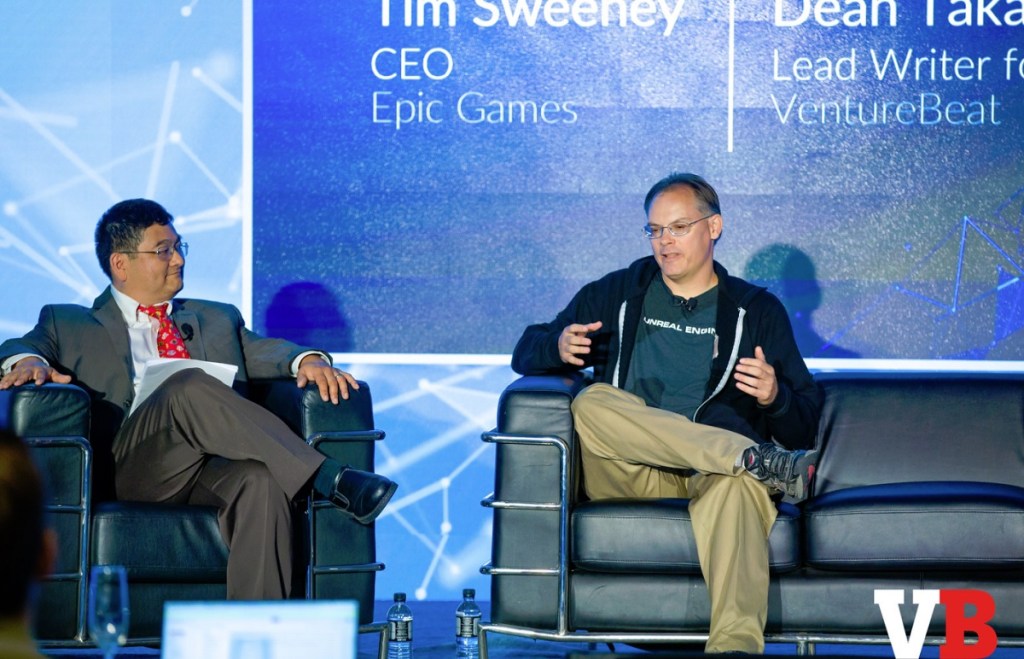 Above: Tim Sweeney is still worried about whether Microsoft will keep Windows open.

“That technology has already been proven to work at a high-end commercial level costing tens of thousands of dollars. It’s probably as little as three years away,” he said.

But Sweeney, who raised the alarm last year about how he believed Microsoft would close down the openness of the Windows PC, said he remains concerned about Microsoft’s ability to make the open PC into something proprietary.

“More and more steps are being taken in that direction,” he said.

He said that the Metaverse is in danger of being owned by private companies as well, and that could be bad for consumers and the idea of openness. Asked what he thinks about the coming of the film Ready Player One, based on Ernest Cline’s novel, and the virtual world that it envisions, Sweeney said: “I’m excited. I’m a little bit scared, but that’s our industry.”

He added, “As we build up these platforms toward the Metaverse, if these platforms are locked down and controlled by these proprietary companies, they are going to have far more power over our lives, our private data, and our private interactions with other people than any platform in previous history.”

The central question for the industry is how to keep the Metaverse open, he said.