Epic Games greenlit Fortnite after the idea for the zombie fort-defense shooter game (yes, it’s hard to classify) emerged in a game jam. Four years later, Fortnite is still a work in progress. Epic showed it off at a preview event, where I realized how much there is to do in the game.

You have to build up your own fortress, collect resources, and craft cool gadgets to defend yourself from zombie attacks. And in multiplayer, you have to work with your allies to shoot the zombie hordes and throw obstacles in their way. It’s a lot of things to do, and that presents a marketing challenge for Mike Fischer, the vice president of publishing at Epic in Raleigh, N.C. The graphics are intense, but the art style and the characters are pretty comical.

Fischer joined Epic because of the “magic” he saw in Fortnite, and now he’s charged with helping gamers understand what it. We interviewed Fischer about that challenge. Here’s an edited transcript of our conversation. The game doesn’t have a ship date yet. 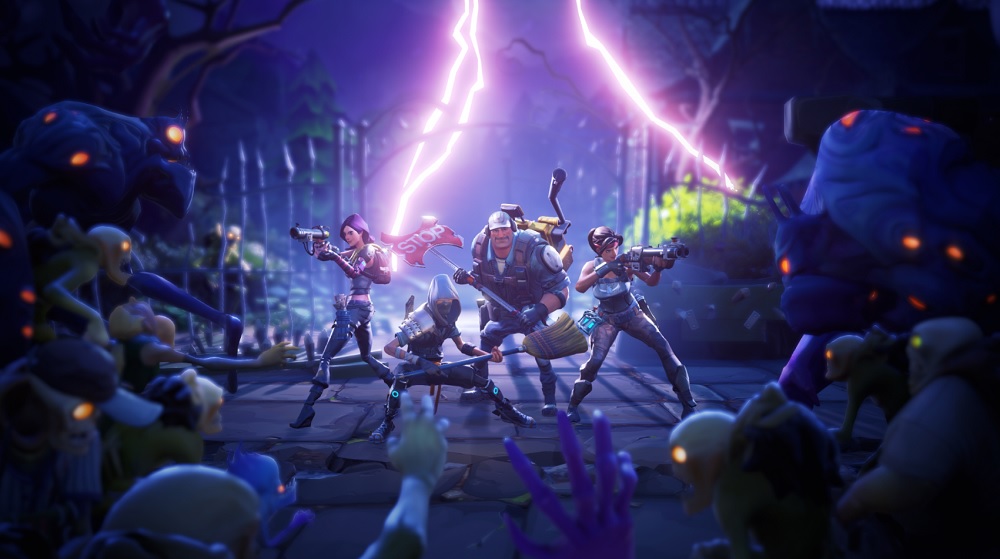 Above: Last stand in Fortnite

GamesBeat: When you joined Epic to work on Fortnite, what was it you saw that was the potential of it?

Mike Fischer: I hadn’t heard about the game until I started talking to folks at Epic. I saw it online and found all the resources about it. The thing that appealed to me was, we’re in an era right now where the fidelity of games is continuing to increase, but we haven’t seen a lot of innovation in gameplay. I loved the fact that this combined a lot of different types of gameplay – the searching and scavenging, the crafting, the building, and the fighting. And the way that was done in a multiplayer online environment really intrigued me. That was what pushed me over the line to take this opportunity.

GamesBeat: It’s taken four years. They did some pivots in the process?

Fischer: It started out as a really small-scale project. It was the outcome of an internal game jam. Then, as we saw the potential in the game, the scale and scope grew. At one point there was also the decision to move it to Unreal Engine 4, to make it as a testbed initially, and then hopefully as we’re rolling out to the public a showcase of some of the things the engine can do.

The game is very unconventional in the sense that it’s a cartoony world, but it’s completely procedurally generated. You can create all kinds of worlds and traps and interact with the environment. The A.I. for the husks is incredibly clever. It looks, on the surface, like a wacky, fun, simple type of game, but the technology that delivers it is world class.

GamesBeat: It’s a lot of things. It has co-op. It has single-player. Is there potentially PvP multiplayer at some point?

Fischer: Yes. That’s one thing that, as a marketer, makes it hard to package up. You can’t say it’s a shooter game, or it’s a crafting game, or it’s a multiplayer game, or it’s a competitive game. It’s all those things and more. You don’t want to pigeonhole it. At the same time, it’s hard to find the right way to characterize the magic that is Fortnite.

GamesBeat: There’s something fundamental about this fear of being overwhelmed by the hordes.

Fischer: You set up your fort and your traps, and you think you have the system down. You turn on the game, and the zombies come in. Inevitably, they’ll do something you don’t predict. They’ll come in through a path you don’t expect or exploit a weakness in your architecture. Then you and your friends have to scramble and rebuild and make some changes. Just when you think they’ll break through and kill you, you beat the clock and save the day. There’s this collective “whew!” when you realize you’ve done it. Very few games deliver that kind of thrill.

GamesBeat: I thought I was in a very easy part of defending the gate there. I didn’t have any way to craft any more bullets, though. I was going to rely completely on my gun to fend off the zombies, but I only had stone and wood.

Fischer: I’ve had times where, in a break between waves, I had to run out and cut down a tree. I’m missing one more unit of wood where I can craft the last trap. You definitely have to watch your inventory, that’s for sure. 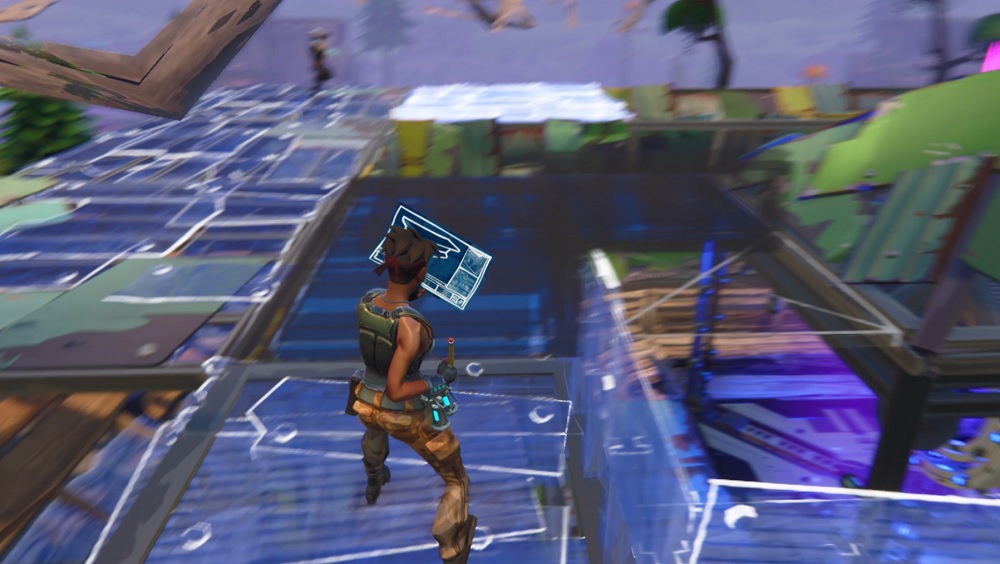 GamesBeat: It seems like there are a lot of different ways to solve the basic problem in the game.

Fischer: That’s the great thing about it. First of all, we’re using procedurally generated worlds. You can’t simply have a custom-built solution. You might find yourself in a world where a cliff overhangs your gate, and you have to be aware of zombies coming in from above. Or other places where they might come in from multiple angles. You have to be prepared for that. The nature of the game is that it never plays the same way twice. You have to be flexible in how you adapt.

The multiplayer also plays into that as well, because there are different classes of character. You may have a beginner and a very experienced person in your game, but that works out fine because you can have the beginner play a scavenger. They can focus on going out and searching and finding materials. Then they go back and give them to someone else on the team who’s more experienced at crafting and building. They can still make a contribution. It’s not like other games, where you’re afraid to play with more advanced players because they’ll just hate on you for slowing them down. There’s a way for every player to contribute.

GamesBeat: What else are you releasing for E3?

Fischer: Right now, what you see is what you’ll get. Because this is a game that lives in the online world, we’ll continue to add to the game and also add more people to the game throughout the year. Right now, the alpha’s been limited to very small groups of people. This is the first time we’ve let in the press at large. But from now on, month after month, there’ll be more to see and more people playing.