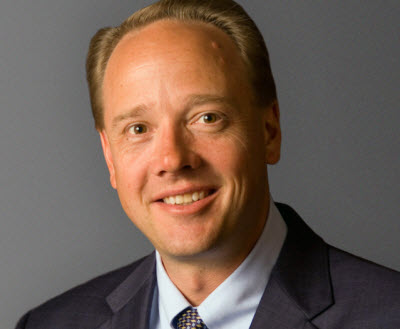 Trade associations are weighing in on the delay of the vote on the Stop Online Privacy Act — a delay that may have effectively killed the anti-piracy legislation.

The video game industry trade group, the Entertainment Software Association, (headed by Mike Gallagher, pictured) issued a statement today that said, “From the beginning, ESA has been committed to the passage of balanced legislation to address the illegal theft of intellectual property found on foreign rogue sites. Although the need to address this pervasive threat to our industry’s creative investment remains, concerns have been expressed about unintended consequences stemming from the current legislative proposals.”

“Accordingly, we call upon Congress, the Obama Administration, and stakeholders to refocus their energies on producing a solution that effectively balances both creative and technology interests. As an industry of innovators and creators, we understand the importance of both technological innovation and content protection and are committed to working with all parties to encourage a balanced solution.”

Earlier, the ESA said that it was in favor of SOPA, which drew huge protests because of provisions in the bill that seemed tantamount to censorship of internet sites in favor of Hollywood congolmerates. The SOPA vote has been delayed, due in large part to huge protests that arose on the internet.

The ESA’s previous stance didn’t seem particularly friendly toward consumers, and some groups took it to task. The bill drew opposition from the Entertainment Consumers Association, and it prompted Mark Kern, CEO of Red 5 Studios, to form a rival game organization called the League For Gamers.

In a statement, the League for Gamers said, “While we applaud the ESA’s decision, we wished it had come before the death of these bills, rather than afterwards. Perhaps most significantly, it means that gamers have become an incredibly important voice in the gaming industry, and that the LFG has won it’s first battle with the aid of all of your support.”

The LFG added, “The fact that the ESA was a huge financial backer of this legislation, means the LFG must remain an ever vigilant proponent for gamers and like-minded developers against future misguided legislation.
SOPA and PIPA will surely resurface under new names, with perhaps different wording, but with ever bit as destructive force as the original versions. We will be there. We will never forget. We will always be watching.”

Meanwhile, the Consumer Electronics Association chief executive Gary Shapiro declared victory in “What we did right and Hollywood did wrong” in a post. Shapiro said that the “content lobby” spent a lot of money in favor of the bill, “but we won a big one this week as a public avalanche of input persuaded politicians that they should actually read the legislation they co-sponsor and support.” The CEA warned legislators of the “bad legislation,” Shapiro said. At the Consumer Electronics Association, Shapiro called on an “army of geeks” to defeat the legislation.