Mike Gallagher resigned his job as CEO of the Entertainment Software Association today, after 11 years running the video game industry’s lobbying group in the U.S.

Gallagher didn’t say what he would do next, but we heard that he is considering a run at a political campaign in his home state of Washington. Variety, meanwhile, reported that Gallagher was forced out by the board. Dan Hewitt, a spokesman for the ESA, declined to comment on Gallagher’s plans or why he left.

Most of Gallagher’s work, naturally, was in the political realm. Perhaps his (and his board’s) biggest accomplishment was the ESA’s victory in 2011, when it successfully argued before the U.S. Supreme Court that video games are a protected form of free speech and do not cause violence.

“I think is longest-lasting legacy is the Supreme Court decision protecting video games under the First Amendment,” said Mike Fischer, a former ESA board member and an adjunct professor at the University of Southern California’s game division. “A lot of people thought we didn’t have a chance of winning.”

Gallagher also arranged, via President Barrack Obama’s digital media adviser Mark Deloura, a high-level discussion with former Vice President Joe Biden on video game violence in the wake of the Sandy Hook mass shooting. Gallagher also arranged a meeting with President Donald Trump after yet another shooting. Those discussions helped hold off renewed government attempts at censoring games. During the Trump meeting, the president reportedly turned to Sen. Marco Rubio (R-Florida) and said, “We got a problem, Marco, and it’s not with these guys.” 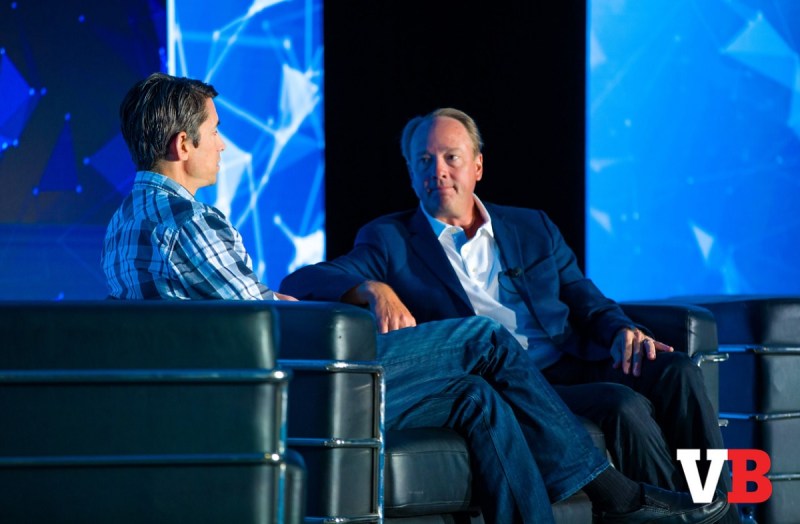 Above: Mike Gallagher, CEO of the Entertainment Software Association, with Ted Price, CEO of Insomniac Games, at GamesBeat Summit 2017.

Gallagher also got credit for bringing the Electronic Entertainment Expo back from the dead. At his first E3, the show had been gutted and was reduced to a few thousand press. It was rebuilt to include fans and now draws about 65,000 people to Los Angeles every June.

“I agree that the Supreme Court effort was a huge one, but he also negotiated some very complex times for the organization [bringing E3 back from the dead] and for the industry [being blamed for school shootings by the NRA while we were meeting with Biden],” said Mike Capps, a former president of Epic Games. “It’s not so visible from the outside, but keeping the Entertainment Software Ratings Board (ESRB) together as the industry transitioned from hundreds of big games on four platforms that had the budget to cover ESRB’s expenses, and were mostly sold in retail stores or on console stores … to thousands of little games that had no budget and were released on phones or random websites … that was so much work and planning.”

The ESA board has started looking for a successor. Stanley Pierre-Louis, the ESA’s senior vice president and general counsel, will serve as interim president.

“Michael assembled an incredible team after stepping in to head the ESA over a decade ago. Under his leadership the ESA continued to stand up for the video game industry’s first amendment rights, protecting the freedom of expression we all hold so dear,” Insomniac Games CEO Ted Price said in an email. “Furthermore, among many other accomplishments, he continued to expand the ESA’s positive effect on our industry by helping to educate consumers via the ESRB’s rating system and mobilizing gamers with the Video Game Voters Network. He leaves a very strong legacy and I feel extremely lucky to have gotten to know him as a friend and a colleague.”

Kate Edwards, former head of the International Game Developers Association, said, “When I was running the IGDA from 2012 to 2017, I got to know Mike Gallagher pretty well and we had a productive, ongoing rapport which I always appreciated. While the ESA and the IGDA found common ground on many issues facing the industry, and both shared the high-level goal of a successful, thriving game industry, we also had divergent missions and audiences and as such we didn’t always agree on various positions.”

She added, “That being said, there’s no question to me that Mike’s greatest achievement while running the ESA was securing the 2011 Supreme Court decision that ruled in favor of games as protected free speech under the U.S. Constitution. That was a huge victory for the ESA, but more importantly for the entire U.S.-based game industry. So many of us appreciate Mike’s leadership on that issue, and I certainly wish him the best on his next endeavor.”

Gallagher’s departure raises interesting questions about what the ESA should do in the future and who it should hire next.

“Moving forward, I think it’s time for the ESA to significantly rethink its charter and take a more active role in not only shaping a more worker-friendly and inclusive industry, but also be far more active and vocal in defending the art of games and working more vigorously to positively change the public narrative around games and game creators,” Edwards said. “Just as the ESA had a critical role in fending off forced content regulation by creating the ESRB, it can further demonstrate proactive leadership in helping game companies enact policies and practices that treat creative professionals with the respect they deserve, and encourage companies to strive for inclusion in both their workers and their player communities.”
For the future, Edwards said, “My hope is that the ESA will find someone who is willing to truly lead the industry into the next phase of maturity where people and talent are prioritized over profit and unrealistic schedules.”
I have no idea how correct the notion of a political campaign in Washington state would be. If Gallagher wanted to do that, he would have to establish residence in the state.