The number of U.S. gamers who watch esports has grown 100 percent over two years, according to a national study by market researcher Frank N. Magid Associates.

The study showed that fans are into watching competitive video games such as the online strategy games League of Legends and Dota 2, team shooter Counter-Strike: Global Offensive, and card-battler Hearthstone. Esports has been a big phenomenon in Asia for years, but only now is starting to really break out in the West, Magid said. ESPN’s new esports effort this week and Activision Blizzard’s New Year’s acquisition of event organizer Major League Gaming show just how important esports is becoming to some of the biggest media companies in the world.

About 70 percent of Americans ages 8 to 64 say they play video games. Of that group 18 percent have watched esports programming online or attended any events, the survey said. Last year, that number was 12 percent, and in 2013 it was only 9 percent.

In other parts of the world, esports took off earlier and is much bigger. In 2013, 40 percent of the 600 million in China with smartphones said they had attended or viewed esports events. 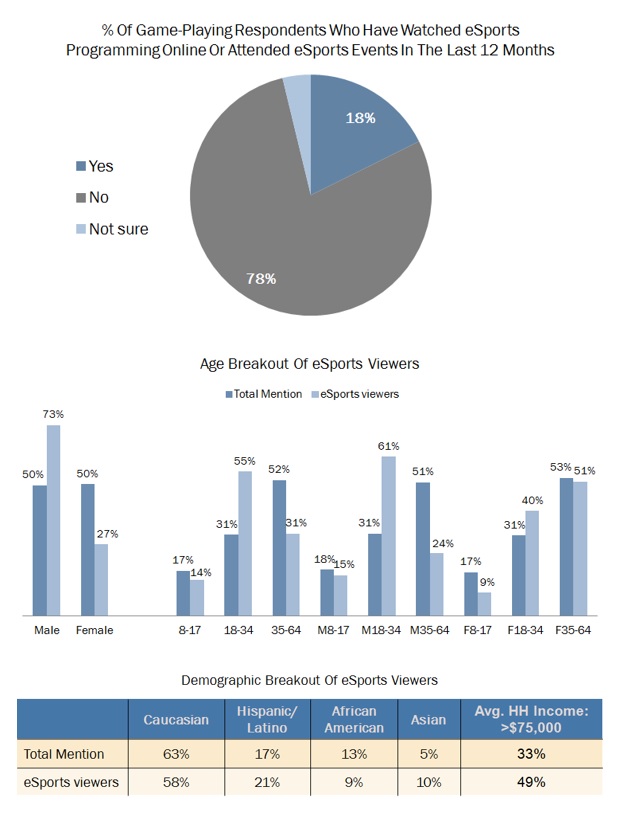 Above: Percentage of gamers who have watched esports programming online or attended an event.

“The esports trend is growing rapidly in the U.S. and Europe and is already a big attraction among consumers in Asia”, said Mike Vorhaus, president of Magid Advisors, in a statement.

Other games with already strong or quickly growing audiences are shooters Call of Duty and Halo, online strategy games Smite and Heroes of the Storm, and World of Tanks.

Of the millions of esports viewers and attenders in the U.S., the great majority are male (73 percent) and 18 to 34 years of age (55 percent). Magid interviewed 2,400 consumers in the study, which has a 2 percent margin of error. 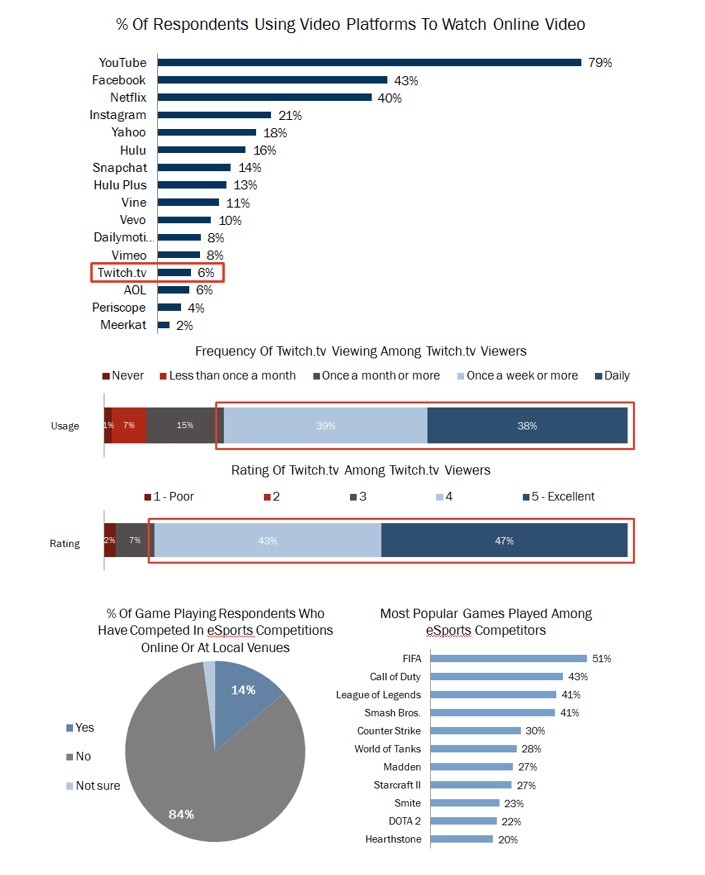 Above: Esports is big on online video sites.