Perhaps the most unusual game company I met while in Israel was MyTona, a studio founded by twin brothers who grew up in one of the coldest regions of the world in Russia’s Siberia. MyTona has more than 100 employees in Yakutsk, and it published a hit game The Secret Society: Hidden Mystery, via Swedish game publisher G5. The game has been downloaded more than 30 million times since 2012.

The existence of a successful game company from Siberia is a perfect example of how anything is possible in the global mobile gaming industry, which has become a $30 billion business and allows companies located anywhere in the world to publish games for the world market on the mobile app stores.

MyTona was formally created in 2012, but cofounders Alexey Ushnisky (chief executive) and Afanasey Ushnisky (chief operating officer) started making games more than a decade ago. They played games like Mortal Kombat on their Super Nintendo game console while growing up near the city of Yakutsk. Playing indoors was highly recommended where they grew up, as temperatures could reach 60 degrees below zero.

“When we started, nobody worked at tech companies,” said Alexey, in an interview at the recent Casual Connect Tel Aviv game conference in Israel. “There were oil companies and diamond companies [in Siberia]. We grew up playing on Super Nintendo and we dreamed of making games.”

Yakutsk is the capital city of the Sakha Republic, in Russia. It’s about 279 miles south of the Arctic Circle, and it has a population of about 269,000. It’s an inland city, on the Lena River, and the weather there was about 14 degrees Farenheit on the day I interviewed the MyTona team. The brothers are native Yakuts, a minority ethnic group in the far eastern region of Russia, and they grew up in a village called Hon. Since they lived in one of the coldest places in the world, they didn’t have anything to do except play computer games.

In 1996, the family moved to the city of Yakutsk. The boys were out of work, but their parents wanted them to get jobs. On the advice of their father, Alexey got a job at a big diamond production company, EPL Diamond, in 2003.

For that job, the brothers started repairing computers. That helped them become more technical. That was not an easy thing to do in Yakutsk, which had no game industry. In fact, it barely had Internet connectivity. One day, one of them saw a magazine in a kiosk that talked about how to become a game developer. They read it with great interest.

They created a game that was published by Pyotr Fyodorov, chairman of EPL Diamond and an investor from Israel. But the game didn’t sell, and Fyodorov decided not to invest further in their work. 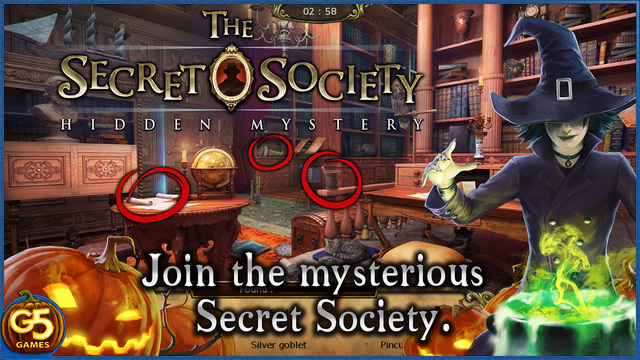 Above: The Secret Society: Hidden Mystery.

They went to the library to learn how to become programmers. They also used Google to learn more about games and how to make them. They saw that the casual game market was a fledgling industry, with hits such as Bejeweled and Zuma, both created by PopCap Games, which is now owned by Electronic Arts. They mastered simple programming languages such as Basic, Pascal, and Fortran. They wrote their first game in a paper notebook. And they started to build a team to make CD-ROM games for the PC.

Back then, making games wasn’t easy. Just four years ago, when the company was formally started, MyTona gained access to high-speed Internet over optical fiber lines. Before that, the Internet was slow and expensive in Yakutsk. A one-megabit-per-second connection cost $2,000 a month. A four-megabit-per-second line cost $7,000 a month. In 2005, the brothers asked their father for 3,000 rubles, a loan that they would use to buy a computer. They used it in their parents’ house to make their games.

In 2007, the brothers flew to U.S. to attend the Casual Connect game conference. They showed off a title called Gems Quest, but no one was interested in it. They were on the brink of collapse. But they continued to do work-for-hire projects.

“We saw the games were small and cheap to make with just a few people,” Alexey said.

They created a casual puzzle game called Boxy Goxy. But many publishers passed on it. They offered advice on how to improve it. Eventually, the American company Freeze Tag invited them to remake the title, and Freeze Tag published the improved game as Xango Tango in 2008 on the Big Fish Games network. You could play it for 60 minutes. But if you wanted to download the premium game, you had to pay for it at that point. It was a “try before you buy” game. The title generated the first real income for the brothers in the game business.

“We learned a lot of lessons on how to create a game from that,” Alexey said. “But it was not really a big commercial success.”

The company still did some work for hire, getting work in non-gaming programming jobs. In 2009, they went on to create Summer House and Strange Cases, a detective story game about a FBI agent. The latter was published by Big Fish Games, and it became the No. 1 game on Big Fish Games’ network for 13 days. By 2010, the brothers had generated a million dollars in earnings from their games.

They kept on making games, and saw the migration to mobile. They eventually made 14 games, and none of them were a huge hit. Then, in 2012, they started work on the hidden object game. By that time, they had made 14 games.

Eventually, they came into contact with a big Swedish publisher, G5 Entertainment, a Stockholm company which was founded by Russians. Tatiana Timoshenko, director of licensing at G5 Entertainment, said her company gave MyTona a lot of feedback on how to proceed with the design for free-to-play titles, where you play for free and pay real money to buy virtual goods.

Around 2011, free-to-play was sweeping through the game industry, and platforms such as smartphones were emerging. G5 and MyTona launched the game, The Secret Society: Hidden Mystery, in November 2012 on iOS. In the game, you join the Order of Seekers, a secret society of people with the ability to move inside magic worlds. You travel through pictures in search of clues to unravel the mystery behind the disappearance of a missing uncle. 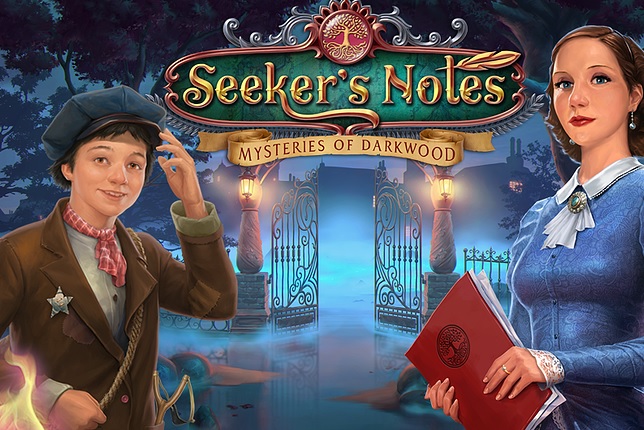 Above: Seeker’s Notes: Mysteries of Darkwood.

The Secret Society wasn’t a hit at first. But the company kept tweaking it. After the 1.03 update in the spring of 2013, the title finally became a big hit and a constant earner on the app stores. To date, it has been downloaded more than 30 million times. And the brothers have generated more than $10 million in revenue from the game. That has enabled them to hire 100 people in Yakutsk and come up with even more games.

The 30-year-old brothers don’t plan to leave Yakutsk, but they have added offices in San Francisco and Singapore. Now they are localizing their games for different markets, and they’re planning to launch games published under their own company’s name.

Over time, the brothers want to create hardcore games. They’re starting by figuring out mid-core games, or hardcore free-to-play games on mobile that can be played in short sessions.

“At first, we had a dream to make hardcore games,” Alexey said. “But we only had money to make casual games. Casual games are good, but we would like to try mid-core games.”

As for what the name “MyTona” means, Alexey said, “It’s a secret. We will tell what it means after our IPO.”  (No IPO is currently planned).