Bethesda, developer of the Fallout and Elder Scrolls series, has made its presence known at the Electronic Entertainment Expo trade show, which is happening in Los Angeles this week. The company showcased its future offerings, including more details on the its recently revealed and mysterious project Fallout 76 and a “next-gen” property.

Don’t worry if you missed the show, however. You can check out everything the publisher/developer announced right here.

Rage 2 will put players into the well-worn boots of Walker, the last ranger in his area. The postapocalyptic sequel takes place in a future in which 80 percent of the world’s population died after an asteroid strike. 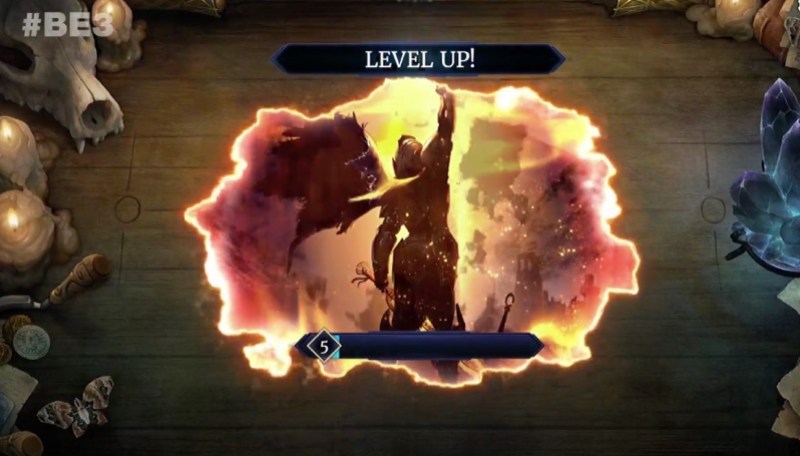 Above: The Elder Scrolls: Legends.

Bethesda’s mobile card game is getting a complete art overhaul and some new platforms — including the Nintendo Switch.

Players of the Elder Scrolls MMO will have some new dangers to face in its upcoming content. It’s no big deal, really. Just werewolves.

One of the best games of 2016 is getting a sequel. Doom: Eternal picks up where the reboot ended and promises twice as many demons and “hell on earth.”

Don’t worry if you haven’t gotten in on the spin-off, online shooter yet. Bethesda just made it easier to jump in by offering a free trial of Quake Champions.

Prey fans have a load of new content coming their way. It has three new modes right now, including New Game Plus. And expansions Mooncrash and Typhon Hunt are on their way later.

Bethesda’s quest to push their important, anti-Nazi message continues with some new stuff for the Wolfenstein series. Youngblood stars B.J. Blazkowicz’s twin daughters and takes place in the 1980s. And because twins come in pairs by definition, it will also have a co-op mode.

Bethesda took a joke break before it got into the important Fallout 76 news with this fake trailer for a new version of Skyrim. On Amazon Echo.

The most anticipated title of the show also had the most news, and it’s nice when that works out. Todd Howard confirmed that Fallout 76 is a multiplayer game, but it will still have a solo mode. We also found out that an online beta is coming, players will be able to launch nuclear missiles, and, most importantly, we got the release date.

In other Fallout 76 news, we got our first look at the Special Edition, which will include a glow-in-the-dark world map, some figures, and a wearable T-31 Power Armor helmet. 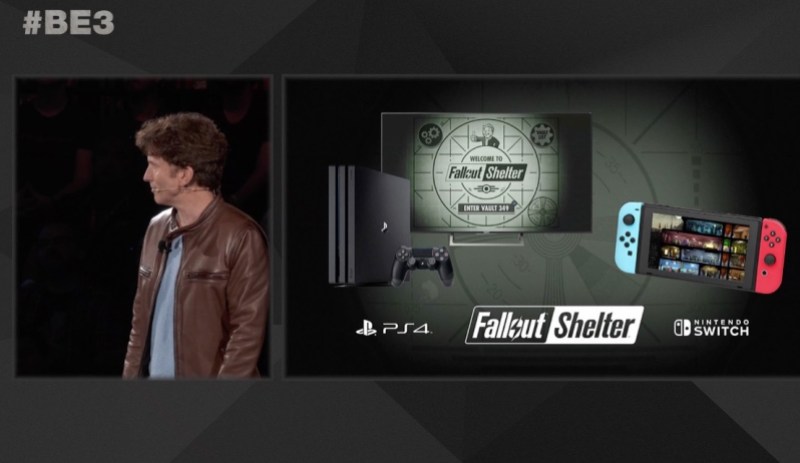 Above: Fallout Shelter is coming to PS4 and Switch tonight.

Bethesda’s mobile entry came out three years ago, and it’s about to find some new audiences. The developer announced it’s heading to both the PlayStation 4 and the Switch. And these new versions are available tonight, for free. 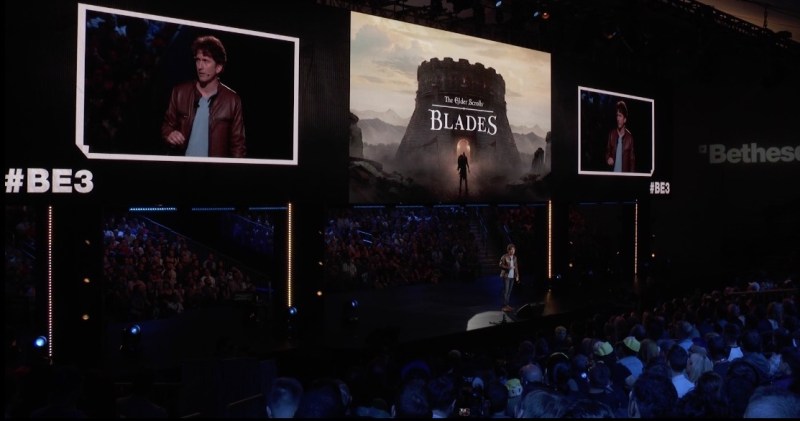 Bethesda is bringing its “other” property to phones, too. The Elder Scrolls: Blades is eventually also heading to “every console,” including VR.

The company is already teasing its fans about what’s coming. Starfield is its first wholly original property and is in development for next-gen consoles.

They didn’t forget about the main Elder Scrolls series with all that Fallout 76 talk. The Elder Scrolls VI is on its way. Eventually.