Electronic Arts has the first press briefing of this year’s Electronic Entertainment Expo. The company’s offerings include popular shooter and sports franchises. Its stage show included updates on already announced projects and some brand-new properties.

If you missed the show or prefer to just get the good stuff delivered straight to your eyes and earballs, here’s everything they brought to their big E3 presentation.

The World War II shooter got a new multiplayer trailer and some interesting but unsurprising news: It will have a Battle Royale mode.

This year’s installment of the footy-ballish franchise is teaming up with UEFA. 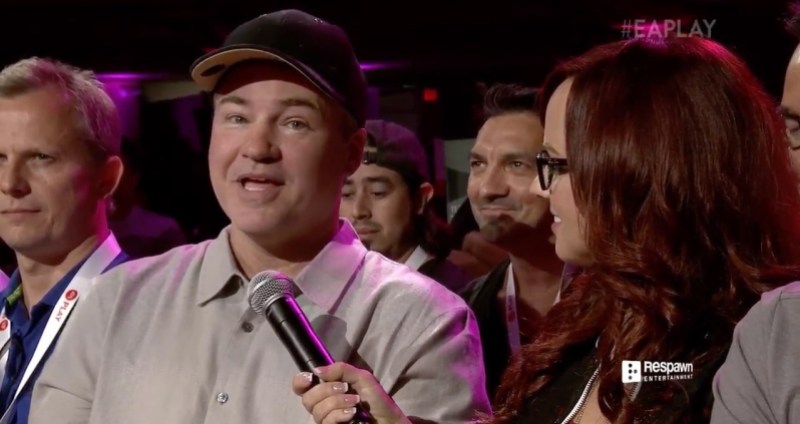 Respawn Entertainment’s Vince Zampella delivered one of the most low-key reveals in E3 history, from a seat in the audience, with a smattering of news about what the developer is working on for Star Wars fans. The upcoming title is called Jedi: Fallen Order, which has a tentative release date of Holiday 2019.

“It takes place during the Dark Times,” Zampella said, “when the Jedi are being hunted. So it’s going to be spectacular.”

EA is pushing cloud gaming and streaming with a new, premium tier for its Origin service. 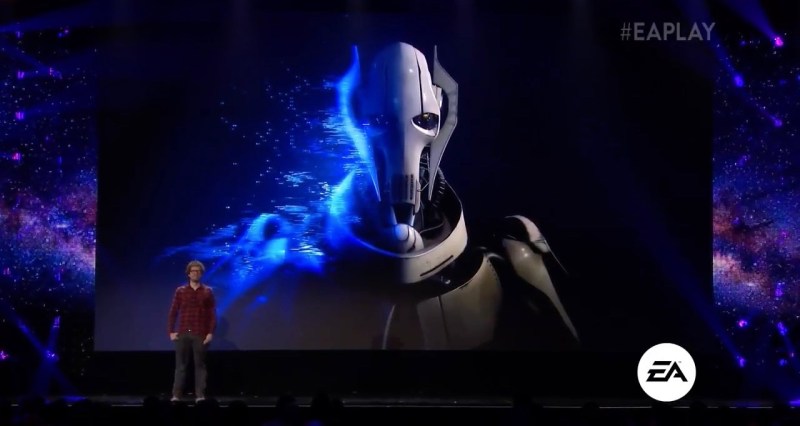 Above: Battlefront II is heading to the Clone Wars.

The online shooter set in the Star Wars universe got some big expansion news today. Developer DICE revealed that in addition to the recently announced Solo content, but it’s returning to one of the biggest conflicts in the franchise.

Battlefront II’s future expansions will include levels from the Clone Wars era, including the planet Geonosis and new heroes. On the Republic side, players will take control of Jedi characters Obi-Wan Kenobi and Anakin Skywalker, while Separatist fans will become Count Dooku and General Grievous.

Coldwood Interactive introduced characters to the adorable, stringy hero Yarny in 2016. And not only did it show off the sequel, which doubles down on the cute by introducing co-op, but it also announced that the new entry is out today.

The publisher announced that last year’s entry from its EA Originals indie-game branch, A Way Out, was a huge success, with 2 million players. The new title under the umbrella is called Sea of Solitude. The good-looking title examines the effect of loneliness on the human psyche.

The storied (American) football series is returning to PC.

Command and Conquer: Rivals is invading phones with a mobile take on the real-time strategy series.

We’ll have more on EA’s games at E3 as we give them a spin during EA Play today and next week.