The creators of Mario and Zelda showed off its future plans for its Switch home-and-way console with a special Nintendo Direct during the Electronic Entertainment Expo trade show today. And if you missed the company’s presentation when it streamed — or just want to skip to all the good parts — here’s a roundup of everything that made an appearance.

Nintendo opened with mech-tastic action game Daemon x Machina. It comes in part from Kenichiro Tsukuda, one of the developers of Armored Core. 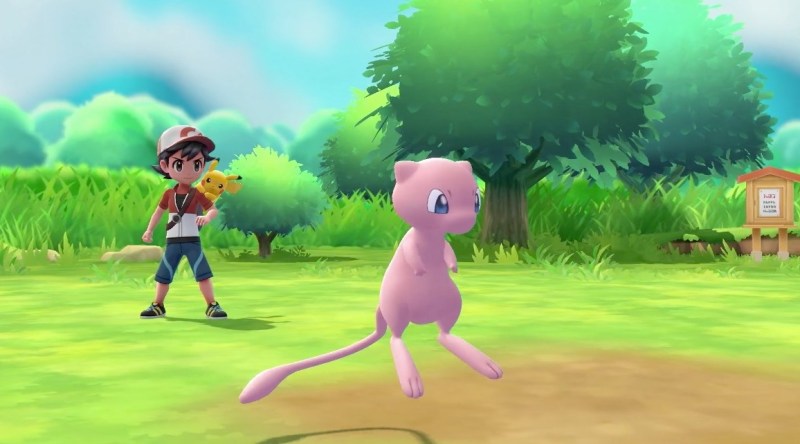 Above: Mew comes standard in the Pokemon: Let’s Go games.

Nintendo of America president Reggie Fils-Aimé showed off the Poké Ball Pluss controller for the upcoming Pokémon: Let’s Go Pikachu and Let’s Go Eevee titles. And he revealed that each one comes with a legendary Mew already inside.

Nintendo wants you to take your character-themed parties with you everywhere with Super Mario Party. It supports multiple Switch consoles playing simultaneously. And hopefully, people playing in public have strong bonds of friendship. Mario Party causes fistfights at some houses.

Fans of the long-running tactics series will be happy to know that a new one is on its way. It drops on Switch next spring.

It was only a matter of time before the build-and-shoot blockbuster hit the Switch, and now it’s coming. The port will include support for the crowd-pleasing Battle Royale mode. And it’s out today.

Nintendo served up a bunch of indie titles heading for the console. First up was Undercooked 2, the followup to the frantic, multiplayer cooking title.

The pixel-pretty, Joust-ish arcade title is coming to Switch later this year.

Award-wining, moody exploration action game Hollow Knight is not only coming to Switch. It’s out today. The port will include all previous DLC content with another free add-on coming soon.

By far the biggest news dump of the day came for Super Smash Bros. Ultimate. Nintendo announced that every fighter from every game in the series’ history will be appearing in the Switch version. And that’s big enough news, but they also introduced a new character. Metroid series villain Ridley will be joining the fight. We also found out that the new entry will be compatible with GameCube controllers, and we got a release date: December 7.

Smash Bros. wasn’t the only source of virtual brawling on display today. Nintendo showed off anime fighter Dragon Ball FighterZ, which is due out later this year.

Keep checking back with us for our continuing E3 coverage all week.