It’s finally time to start carving each other up across the jungles of Shear, the home planet of futuristic sci-fi monster game Evolve.

One of the most anticipated games of the past year, Evolve released on the PlayStation 4, Xbox One, and PC on Tuesday. I received a PC review copy last Friday, and I’ve spent the last week exploring every inch that Shear has to offer. My monster has tasted the flesh of publisher 2K Games’ employees. He’s been roasted on an open fire by my fellow reviewers. And I’ve battled it out with hundreds of adventure-seeking players in the days since Evolve’s launch.

My journey was one of great excitement and terror for the first few hours, but it soon drifted into a familiar and at times boring turkey shoot. Evolve boasts fabulous gameplay and a dark, desperate presentation, and yet I couldn’t help but wondering — what’s next?

The strengths and weakness of Evolve are many, so strap in. 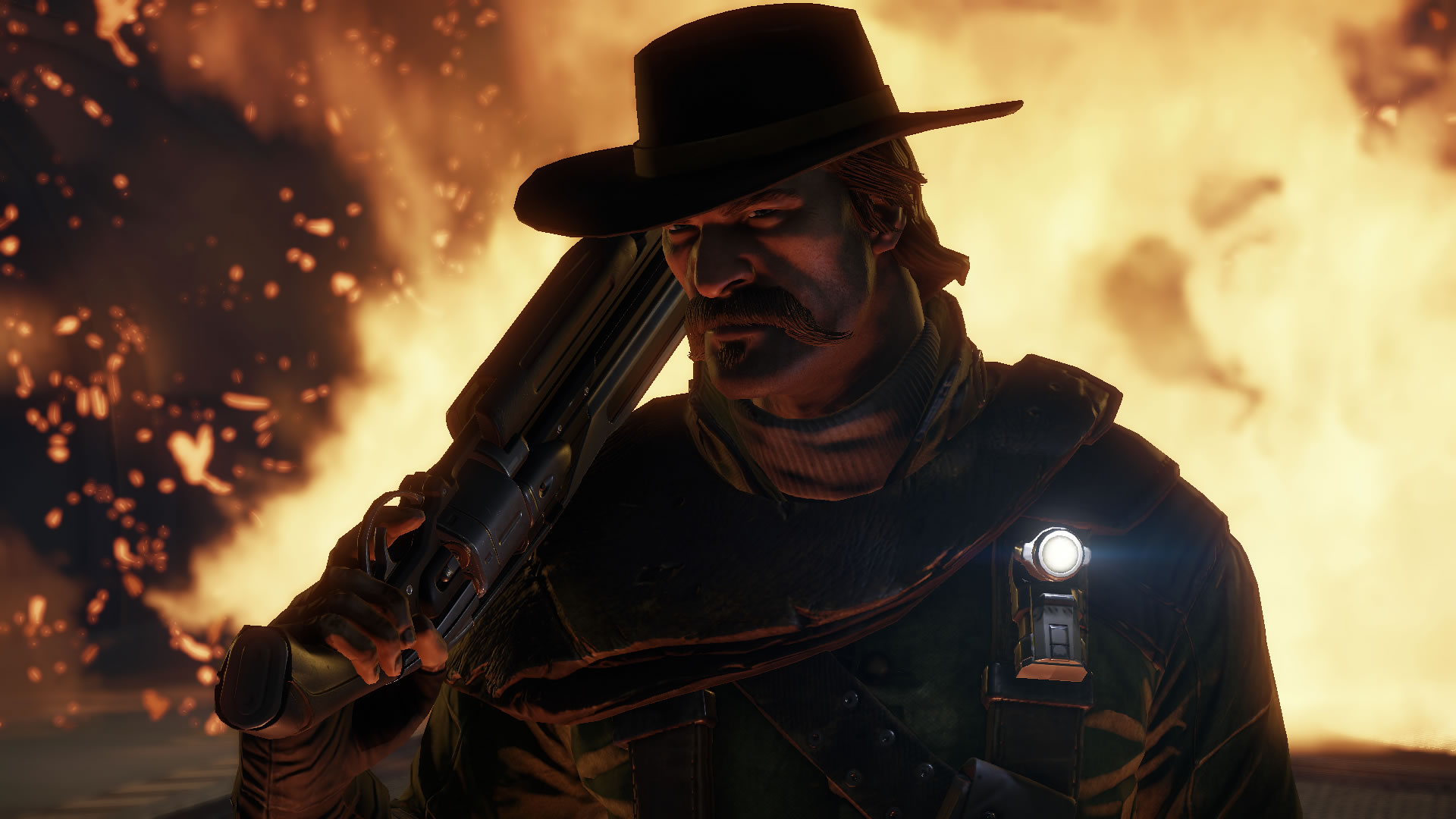 Evolve’s simple playstyle is one of its biggest draws.

Players choose between one of four hunter classes — assault, trapper, support, and medic — or the role of monster, which battles against all four hunters. A story mode isn’t around to cover exactly what is happening, but the planet Shear holds many of the galaxy’s most important goods and people. The monsters are threatening to destroy all of this, so the hunters must take them down or stall them enough so that planet’s occupants can evacuate.

Each hunter class and the monster start with one playable version. You unlock an additional character option once you gain enough experience with the first-tier character, and you unlock a third-tier character once you have enough experience with that second-tier character. Everyone starts off with Markov in the assault class. Once I did enough damage with his three distinct skills to rank up, I unlocked Hyde. And once I did the same with Hyde, I unlocked Parnell, the third-tier and strongest assault character.

The co-op “4-versus-1” mechanic borrows strong control features from multiplayer online battle arena (MOBA) hits like Dota 2 and League of Legends. Like these games, players only have to worry about four different skill buttons when playing as the monster or four weapons when playing as a hunter. I am not sure if a four-skill system has a magical quality or if my tiny gamer brain can only process movement, attacking, and up to four gadgets at once, but Evolve’s control scheme is an absolute breeze to learn.

A basic control scheme lends well to Evolve’s main strength: fast-paced tactical action in which one player’s misstep could end an encounter. Many players will have to learn this lesson the hard way, and I am no different.

My epiphany came during a match in which I paired up with another reviewer, who played the assault class, and went up against a 2K employee’s Goliath, the playable first-tier monster.

I realized at that moment that I neglected to toss my mobile arena during the skirmish. The mobile arena enables the trapper to encase the monster and his teammates in a giant impenetrable bubble, which keeps monsters like the 2K-helmed Goliath from escaping.

The Goliath hit its maximum level, and we retreated to defend our power station — which is vulnerable to fully evolved monsters. There, the Goliath put an absolute beating on us. Our medic bot was the first to go. It managed to toss a rock that pinned her against the wall, and his fire breath did the rest. Next was my assault friend, who popped his invulnerability shield a little too early and paid dearly. I don’t remember if our support bot or my beloved Abe was the next to go, but we lost the match around the 45-minute mark.