Charlie Larkin could barely contain his excitement. He regaled me with the possibilities of augmented reality (AR), wireless beacons, and mobile apps for almost a half-hour. While thousands of people downstairs were busy playing games at the GameStop Expo consumer show, Larkin kept his focus on the future.

Looking forward is part of his job as senior director of the GameStop Technology Institute, a new business venture for the video game retailer centered around improving the shopping experience at brick-and-mortar stores.

Established in January 2014 and formally announced in March, the institute consists of just two people within the company: Larkin and senior vice president Jeff Donaldson. While it is a small team, both men are constantly working with a growing group of partners (two of which are IBM and Texas A&M University’s Center for Retailing Studies) to develop new services. If they’re successful, GameStop hopes you’ll do more than just browse its store shelves for the latest releases.

Its research might lead to something as simple as holding up your phone to a Destiny poster and have it “come to life” through AR. But the biggest and most promising change has to do with small devices called beacons that your phone can interact with through an updated GameStop app. 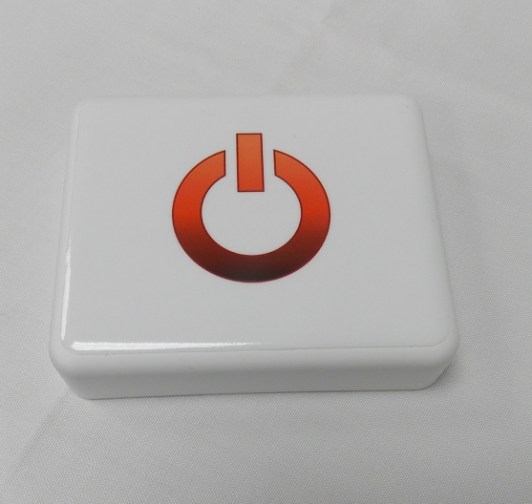 Above: GameStop is using proximity beacons manufactured by a company called Gimbal. The final branding is still to be determined.

Beacons are the first physical additions that GameStop will test out in stores. They use Bluetooth to push information to your phone. GameStop isn’t the first retailer to use beacons as a way of sending customers promotions, but it’s taking a different approach. It’s not going to bombard you with notifications as soon as you walk in. You have to go up to the beacons and hold up your phone. For example, if you just want to see the latest Xbox One sales, you’d go to the beacon in the Xbox One section to see what’s new. 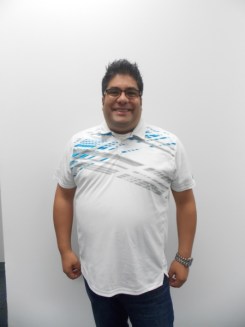 “You download the updated app, you tap on the beacon — so you’re asking for those promotions,” said Larkin. “We’re not gonna push them out to you. You’re gonna ask for them. And then we’ll give you promotions that are relevant to where you’re shopping, your past purchases, etc. Things along those lines.”

To cut down on unwanted notifications, the beacons will have a range of just three to four inches. Placards placed next to them will clearly explain to customers how the process works.

“That location context combined with the consumer asking for it is a way of giving permission without having to wonder, ‘Why did I get this push notification?’” Larkin continued. “This is, ‘I’m asking for it. I get to browse some relevant promotions. I get to make the choice. I’m in full control of that experience.’”

GameStop will set up beacons in its test markets in Texas (Austin and College Station) by the end of the month. Eventually, it plans to expand the experiment to another 100 or so stores in the San Francisco Bay Area, New York, and Seattle. 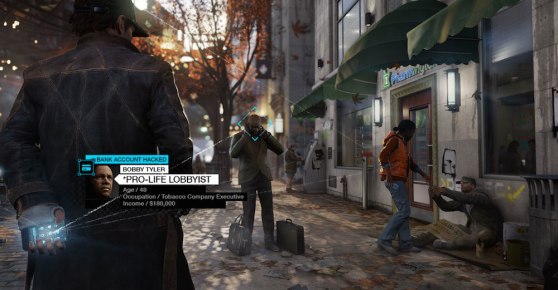 Beacons aren’t just there to feed you coupons. In some cases, they’ll give you control over a store’s entertainment system. The inspiration for this came from Watch Dogs, the open-world hacking game from developer Ubisoft where players can manipulate a city-wide operating system. GameStop wants to recreate that feeling of empowerment (without the illegal hacking and privacy violations, of course).

Larkin described how this worked during their tests. When customers go to a beacon that’s near a store’s mounted TV, they connect to it by opening the app on their phones. This brings up a menu screen, and from that app, they can send a video about Watch Dogs up to the TV, like a trailer or a gameplay video. Anyone else who’s in the store at the time will obviously see the video as well, and Larkin hopes that shared experience encourages customers to talk about the game and get them excited.

The goal is to make you feel like you’re in your living room and not just in a retail space.

“As different [intellectual property] or new games come out, we can take a look at what they’re about and create an immersive experience in the store,” said Larkin. “Watch Dogs came out at a time when we were pretty fresh. That’s something that’s now inspired us to get the right technology into the store, so in the future those [interactive situations] are happening.” 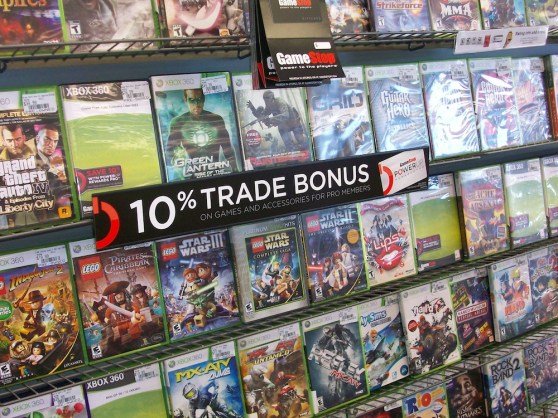 Above: You might find beacons placed next to these shelves in the near future.

Keeping people in its stores

The last piece of GameStop’s changing storefront — at least the last one Larkin was willing to talk about — involves giving store associates better tools. The plan is to give them iPads equipped with an app that can do the same sort of things as the consumer version, and it’ll allow employees to manage lines and queue videos that’ll show up on the TV.

Ideally, the tablet would also pull data from PowerUp Rewards accounts, so if you’re a member of the rewards program (and you have the app and Bluetooth turned on), associates will know when you’re in the store and can better understand what kind of games you’re looking for.

Everything that the GameStop Technology Institute is working on sounds like an aggressive response to the rise of digital sales and online shopping. The retailer already found a way to make money off selling downloadable content and currency cards, and now it’s trying to give you more reasons to keep visiting its stores. The extra multimedia touches are there to help turn stores into a fun, dynamic destination while shopping for your next game.

“That’s what GameStop should be, man!” said Larkin. “We’re a gaming retailer. We gotta have fun.”